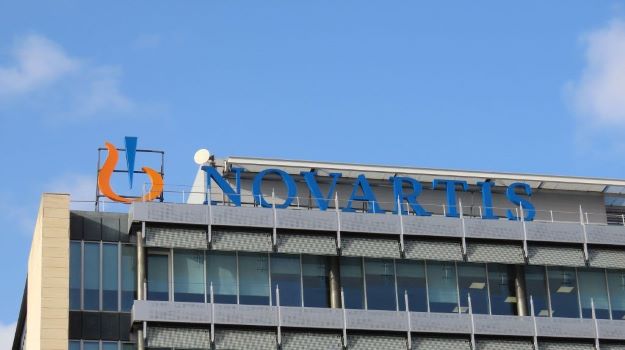 Some of the best medicines happen by accident. The discovery of insulin began with two doctors removing the pancreas of a healthy dog in an attempt to understand its impact on digestion. Penicillin grew out of an unrelated scientific experiment involving Staphylococcus bacteria colonies. Will someone one day write the same of Novartis’s branaplam in correlation with Huntington’s disease?

Novartis had been developing the small molecule, survival of motor neuron-2 (SMN2) RNA splicing modulator for the treatment of spinal muscular atrophy (SMA). During this development process, researchers discovered that branaplam lowered mutant huntingtin (mHTT) protein levels in both mouse models and in blood samples from the SMA trial patients who had received several doses of the drug over multiple years.

“During our extensive investigation of branaplam in vitro, during the course of our work on spinal muscular atrophy, we realized that branaplam actually reduced huntingtin messenger RNA expression in cells,” Rajeev Sivasankaran, Ph.D., director and head of rare diseases, neuroscience at Novartis Institutes for BioMedical Research, told BioSpace. 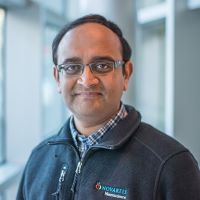 This early research led the U.S. Food and Drug Administration in October 2020 to grant branaplam Orphan Drug Designation for Huntington’s disease (HD). In December, the FDA bestowed Fast Track designation upon the drug in this indication.

In a paper, published March 3 in Nature, Sivasankaran et al. reported the results of these studies, where they examined fibroblasts (skin cells) derived from HD patients. “We could see a clear lowering of both the huntingtin mRNA as well as the mutant huntingtin protein in response to the molecule,” he said.

Branaplam, “modulates splicing, which is the process by which a single messenger RNA can give rise to multiple protein isoforms by piecing together separate pieces of RNA called exons,” he explained. “In the case of the huntingtin gene, it modulates splicing so as to include an exon that marks the RNA to be degraded. This, in turn, leads to the lowering of the huntingtin gene as well as protein expression.”

Huntington’s disease is a devastating neurodegenerative disease caused by a CAG repeat in the first exon of the huntingtin gene. This mutation causes brain cells to die, leading to a myriad of progressive cognitive, psychiatric and movement disorders. An involuntary jerking or writhing movement, also known as chorea, is a hallmark of the disease. The illness is genetic, and children born to a parent with HD have a 50% chance of inheriting it. It is ultimately fatal, and the only treatments that currently exist are ones to manage the symptoms.

In March 2021, Roche and Ionis Pharmaceuticals made the difficult decision to discontinue a Phase III study of their once-promising HD drug, tominersen, after the therapy failed to show higher efficacy than placebo, and actually led to worse outcomes when given more frequently. Just a week later, WAVE Life Sciences shelved its two lead antisense oligonucleotide (ASO) candidates following disappointing data from two Phase Ib/IIa trials. WAVE chief medical officer, Dr. Michael Panzara, hypothesized that the failure was because not enough drug reached the target to elicit a therapeutic effect.

Wild-type huntingtin is neuroprotective, and the loss of it could make patients susceptible to the toxic effects of mutant huntingtin. So, accurate targeting looks to be extremely important here.

“I think with an oral molecule such as branaplam, we expect to get fairly broad distribution throughout the body and also to the key brain regions affected in the disease,” Sivasankaran said. “The other key benefit is that it really offers greater dosing flexibility and the potential to discontinue or adjust dosing if it's deemed necessary. So we can discontinue the drug, for example, if we find excessive huntingtin lowering…or if the drug needs to be dialed down.”

Novartis is currently evaluating branaplam in a Phase IIb trial in patients with early manifest HD. The purpose of this study, Sivasankaran shared, is to “identify a dose of branaplam that is safe and well-tolerated in adults.” While Novartis has studied the molecule extensively in infants with SMA, this is the first time it has been trialed in an adult population. The company will also be assessing a variety of clinical and biomarker data to look for trends in slowing disease progression. The ultimate goal of the study is to “lower mutant huntingtin protein in the CSF to a level that we expect will slow disease progression,” he said. The first patient was dosed in December.

Another potential plus mark in branaplam’s column is its small molecule nature. With this slowly progressing neurodegenerative disease, the removal of mHTT protein may need to begin years prior to the onset of clinical symptoms.

“At least to me, it seems like a once-a-week oral therapy that can be taken at home might be ideally suited for this kind of treatment paradigm,” Sivasankaran said.

So, while Novartis made the strategic decision not to continue progressing branaplam for SMA, the fortuitous discoveries of its effects on mHTT protein levels could pay big dividends for Huntington’s patients. However, the defining variable could be whether or not the current scientific paradigm is even on the right track.

“The fundamental question: is huntingtin-lowering alone going to be sufficient to modify disease?” Sivasankaran asked. “We have a lot of faith in that hypothesis, but it still needs to be proven in the clinic.”