Roche Puts the Kibosh on Trial of Huntington's Drug Tominersen 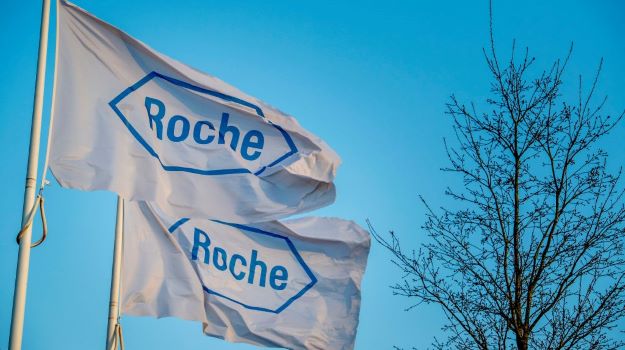 Ionis Pharmaceuticals, based in Carlsbad, California, announced that its collaboration partner, Roche, was discontinuing dosing in the Phase III GENERATION HD1 trial of tominersen in manifest Huntington’s disease (HD). No new safety signals were observed.

The decision was made on data from a pre-planned review from the Phase III trial run by an unblinded Independent Data Monitoring Committee (iDMC). The recommendation was related to the drug’s potential benefit/risk profile for patients.

The companies will continue to evaluate and follow the participants for safety and clinical outcomes.

“We are very disappointed by this news,” said Brett Monia, chief executive officer of Ionis. “This of course is not the outcome we have been working towards or hoped for, as we have grown quite close to the HD patient community over the years. We are committed to finding treatments for this devastating disease and want to thank the patients, their families and the entire HD community for their partnership, trust and dedication. We look forward to learning more once Roche has evaluated the full data.”

In addition to the GENERATION HD1 trial, they are pausing dosing in the open-label extension study, GEN-EXTEND, while they pore over the data to determine the next steps. However, Roche has said that the Phase I PK/PD study, GEN-PEAK, of tominersen and Roche’s observational HD Natural History Study will continue as planned.

Huntington’s disease is a rare, genetic, progressive illness. It causes the nerve cells in the brain to deteriorate, which causes problems with the ability to think, move and function, and leads to worsening disability and loss of independence. Survival ranges from about 10 to 20 years after motor onset of the disease. There is no known cure and no approved therapies for the underlying cause.

Tominersen, previously IONIS-HTTRx or RG6042, is an antisense therapy engineered to decrease the production of all types of the huntingtin protein (HTT), including the mutated variant, mHTT. Roche licensed the drug from Ionis in December 2017.

To date, they had enrolled 791 patients in 18 countries in the GENERATION HD1 trial before halting dosing. The double-blind, placebo-controlled trial evaluated tominersen in patients with manifest HD over 25 months. They were randomized to receive either a 120-milligram dose every two months, or a 120-milligram dose every four months or placebo. The GEN-EXTEND trial had the same high- and low-dose protocol.

Levi Garraway, Roche’s chief medical officer and Head of Global Product Development, stated, “This is very unfortunate news to deliver on the tominersen Phase III study and we know it will be especially difficult for people with Huntington’s disease to hear. The HD community currently has no treatments to stop or slow the progression of this rare neurodegenerative disease that impacts families across generation. GENERATION HD1 is the largest clinical trial in Huntington’s disease to date and we do know that the data generated will significantly advance our understanding of huntingtin-lowering as a potential treatment approach. We would like to thank all of the individuals and families participating in the study for their contribution, as well as the broader HD community for their commitment and collaboration.”

Ionis’s stock dropped by about 20% at the news. In an investor call, Monia said, “We, again, have not seen any of the data. Based on that recommendation, Roche made the decision they did.”

Analysts in general did not appear surprised by the news about tominersen, but they also did not necessarily think the change in the status of the program reflected negatively on Ionis’ other programs.

Josh Schimmer, an analyst with Evercore ISI, wrote in a note to investors, “While Ionis is surprised and retains some optimism for the program, that sentiment is not shared by us or most investors. The only real surprise is how much shares have sold off after the close, albeit on light volume.”