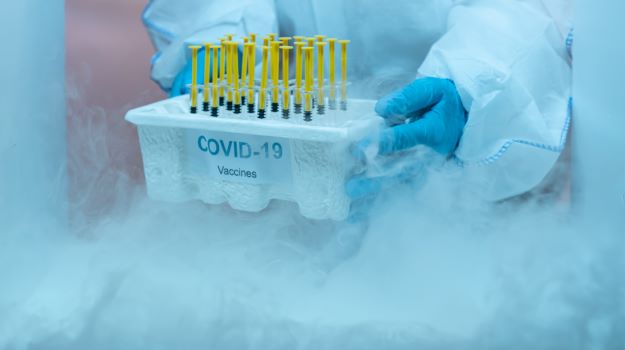 As Pfizer-BioNTech and the U.S. government begin the historic rollout of COVID-19 vaccine distribution around the U.S. and the world, there have been a few glitches. This isn’t unexpected.

Given the problems the U.S. government had early in the vaccine with shortages of Personal Protective Equipment (PPE) and testing, it’s reasonable to ask why the U.S. public should be confident in the government’s ability to handle the vaccine distribution efficiently and effectively, which NPR’s Mary Louise Kelly asked the U.S. Surgeon General Jerome Adams on December 3.

In part, he responded, “We have the best people who work on logistics in the world ready to deploy this to states. But again, you bring up a very important point. There are multiple steps along the pathway. There will be hiccups in the road. We will be assessing this along the way. But as of right now, I feel confident that when we have Emergency Use Authorization (EUA) for a vaccine, we will get these vaccines out into the states very quickly and then we need to make sure the process works from there.”

• As is well known, the Pfizer-BioNTech vaccine requires very cold storage, around -94 degrees F (-70 C). At least two trays of the vaccine delivered to California had to be replaced after the storage temperatures dropped below -112 F (-80 C). It’s not clear if that’s a real problem—it’s still being evaluated on whether excessively cold temperatures cause safety or efficacy issues.

• Manufacturing issues. Alex Azar, the U.S. Secretary of Health and Human Services (HHS) said, “We will ensure that by whatever mechanism, that we provide them (Pfizer) full support to ensure that they can produce for the American people.”

Details are a bit scarce here, but last week Pfizer’s chief executive officer Albert Bourla told CNBC that it was asking the Trump administration to use the Defense Production Act to relieve some “critical supply limitations.”

This is not the first time Pfizer and BioNTech reported production and supply chain problems. In early December, a Pfizer spokeswoman told The Wall Street Journal, “Scaling up the raw material supply chain took longer than expected. And it’s important to highlight that the outcome of the clinical trial was somewhat later than the initial projection.”

The original plan had been to roll out 100 million vaccines globally by the end of the year, but that figure is now closer to 50 million. They believe they are on track, however, to manufacture more than a billion doses in 2021.

• A massive snowstorm is currently hitting the northeast and east coasts, dumping up to two feet of snow in some spots. Of course, that threatens smooth distribution of the vaccine, and will likely keep people at home instead of out to clinics and hospitals to get the vaccine. United Parcel Services (UPS) and FedEx have indicated they are working on contingency plans for vaccine deliveries due to the weather.

• Labeling confusion in the first couple days led to some doses of the vaccine being discarded. The vials holding the vaccine contain enough for five doses. But pharmacists found that, after thawing and mixing the contents, there was enough vaccine for six doses. But without clear approval from the manufacturer, the final doses needed to be discarded.

“It was overtly clear early on there’s some extra volume,” said Russell Findlay, pharmacy manager at University of Utah Health.

They contacted Pfizer on Tuesday about it but did not receive a definitive answer. “We’re not fully confident of our future supply,” Findlay said. “Let’s say we use the six but we get fewer doses in the future, we might not have enough for the second dose. We need to be very cautious in managing that supply.”

At Houston Methodist Hospital, however, they heard from Pfizer that the remainder in the vial was usable and yesterday, the U.S. Food and Drug Administration (FDA) updated its guidance, indicating the full doses could be used.

Pfizer hasn’t been as clear about it, however, with Sharon Castillo, a company spokesperson, telling STAT, “The amount of vaccine remaining in the multidose vial after removal of five doses can vary, depending on the type of needles and syringes used. At this time, we cannot provide a recommendation on the use of the remaining amount of vaccine from each vial. Vaccinators need to consult their institution’s policies for the use of multidose vials.”

Now there have been reports of two Alaskan healthcare workers having severe allergic reactions, although experts indicate it is still safe for the general public. One woman who had no history of allergic reactions had an anaphylactic reaction 10 minutes after receiving the shot at Bartlett Regional Hospital in Juneau. She experienced a rash, shortness of breath and an elevated heart rate. She was given epinephrine and steroids and the symptoms resolved. The symptoms kept coming back between treatments but eventually she was weaned off the therapies, although she is still in the hospital.

The second worker developed eye puffiness, lightheadedness and a scratchy throat 10 minutes after the injection. He was treated with epinephrine, Pepcid and Benadryl and was back to normal within an hour and released from the hospital.

The hospital has otherwise administered 144 total doses as of Wednesday night. Both staffers indicated they did not want their experiences to have a negative impact on other people receiving the vaccine.

Paul A. Offit, a vaccine expert and member of the vaccines advisory committee for the FDA that recommended the emergency use authorization, told The New York Times that the appropriate precautions for these reactions were already in place, for example, requiring that recipients stay at the location for 15 minutes after getting the vaccine.

“I don’t think this means we should pause” vaccine distribution, he said. “Not at all.” But he does believe researchers need to determine “what component of the vaccine is causing this reaction.”

Offit and other experts suspect that what is triggering the allergic reaction is polyethylene glycol (PEG), a molecule used to coat the nanolipid—fat particles—the mRNA is encased in.

Under the circumstances of a global pandemic that has taken the lives of over 300,000 people so far in the U.S. alone, the rollout of the vaccine in such a short time and at such a large scale with so few problems is impressive.

Purvi Parikh, an allergist and principal investigator on several COVID-19 vaccine trials, a professor at the NYU Grossman School of Medicine, told CNN, “These vaccines are very well tolerated from the data we’ve seen. We’re in a life-threatening pandemic. We have no defense. So, for most people, they should absolutely get it. There’s very, very few cases that you could argue someone shouldn’t get it.”

One of those groups who probably shouldn’t, are people with known vaccine allergies. Parikh notes, “A doctor can dig through your history and see what are the chances are of you having a reaction or not. It’s just a very, very small percentage that need that evaluation.”

The vaccines, at this time, are also contraindicated for pregnant women and women who are lactating. The Pfizer-BioNTech vaccine trials did not actively enroll pregnant women, although 23 volunteers became pregnant during the course of the trial with no adverse events. Pfizer-BioNTech indicate plans to continue monitoring the women.

The American College of Obstetricians and Gynecologists (ACOD), however, recommended that vaccines “should not be withheld from pregnant individuals who meet criteria for vaccination.”