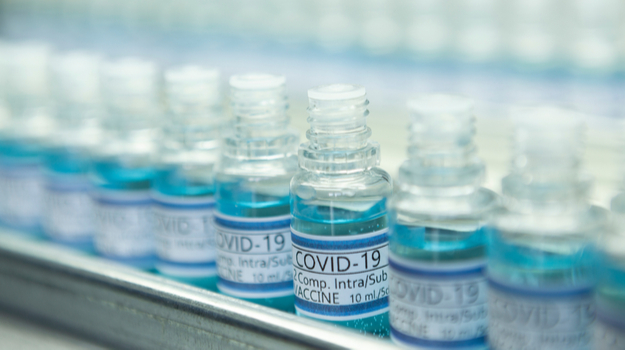 The Pfizer-BioNTech and Moderna’s COVID-19 vaccines are currently being reviewed for possible Emergency Use Authorization (EUA) by the U.S. Food and Drug Administration (FDA). On Tuesday, the Pfizer-BioNTech vaccine was granted temporary authorization in the UK and dosing will begin next week. The FDA has scheduled an advisory committee meeting for next week, December 8, 9 and 10, for the Pfizer-BioNTech product and potentially could grant approval on December 10, or within a few days afterward. The Moderna’s advisory committee meeting is scheduled for December 17.

The companies, including AstraZeneca-University of Oxford, which is running a close third, as well as the numerous others who have COVID-19 vaccines in development, have astonished skeptics by the speed with which they have developed vaccines that appear to be safe and effective. But now comes an even more daunting challenge—scaling up manufacturing and distribution to deliver the vaccine to populations around the world in a timely and effective manner.

In November, Pfizer and BioNTech had indicated it expected to transport half the COVID-19 vaccine it had originally planned for the year. That didn’t go quite as hoped.

“Scaling up the raw material supply chain took longer than expected,” a company spokeswoman told The Wall Street Journal. “And it’s important to highlight that the outcome of the clinical trial was somewhat later than the initial projection.”

Pfizer-BioNTech had original plans to roll out 100 million vaccines globally by the end of this year, but are now saying 50 million. They still believe they can manufacture more than a billion doses in 2021, enough for about 500 million people.

The downgrade of this year’s 100-million-dose goal to 50 million was caused by supply-chain issues.

An individual directly involved in the Pfizer-BioNTech vaccine development told The Wall Street Journal, “We were late. Some early batches of the raw materials failed to meet the standards. We fixed it, but ran out of time to meet this year’s projected shipments.”

Pfizer gets its raw materials for the vaccine from the U.S. and Europe. The company has not revealed where the problems occurred, but vaccines typically require materials that include antiviral agents, antiseptic liquids, sterile water, and the nucleic acids that make up the RNA of the virus that is used in the mRNA vaccines.

The mRNA technology used in the Pfizer-BioNTech vaccine as well as the Moderna vaccine has never been approved for market, and no one, Pfizer included, has experience with large-scale manufacturing of it. Large-scale vaccination campaigns usually wait for approval before acquiring raw materials and creating manufacturing operations and supply chains. The COVID-19 pandemic has caused manufacturing scale-up to occur simultaneously with research and development.

“For this one,” The Wall Street Journal source said, “everything happened simultaneously. We started setting up the supply chain in March, while the vaccine was still being developed. That’s totally unprecedented.”

At this point, Pfizer and BioNTech believe they are on schedule to deliver 1.3 billion vaccine doses in 2021, with the 50 million shortfall for 2020 being handled as manufacturing gets going.

The U.S. government’s initial order was for 100 million with the option to acquire another 500 million. The EU ordered 200 million with an option for another 100 million. Japan ordered 120 million and countries in South America and in the Asia-Pacific region “also have placed significant orders.”

Pfizer and BioNTech are depending on two final assembly and distribution centers, one in Kalamazoo, Michigan, and the other in Puurs, Belgium. There are additional factories in Mainz and Idar-Oberstein, Germany that supply at least part of the vaccine. A third German site is being built. The Puurs facility will be used primarily for European supply, but will act as a back-up to the Kalamazoo site for the U.S. market.

Given the problems the U.S. government had early in the vaccine with shortages of Personal Protective Equipment (PPE) and testing, it’s reasonable to ask why the U.S. public should be confident in the government’s ability to handle the vaccine distribution efficiently and effectively, which NPR’s Mary Louise Kelly asked the U.S. Surgeon General Jerome Adams yesterday.

In part, he responded, “We have the best people who work on logistics in the world ready to deploy this to states. But again, you bring up a very important point. There are multiple steps along the pathway. There will be hiccups in the road. We will be assessing this along the way. But as of right now, I feel confident that when we have the EUA approved for a vaccine, we will get these vaccines out into the states very quickly and then we need to make sure the process works from there.”

In a statement on December 2, Pfizer said the two companies “continue to work in collaboration with governments and Ministries of Health around the world that will distribute the vaccine, subject to country authorization or approval, to help ensure it can reach those most in need as quickly as possible. The companies are leveraging leading vaccine manufacturing and distribution capabilities to quickly scale, manufacture and distribute large quantities of the vaccine at high quality, complementing the mRNA manufacturing expertise of BioNTech gained over almost a decade. Pfizer has a 171-year track record of researching, developing, manufacturing and delivering innovative medicines and vaccines to patients in need.”

Pfizer also noted that its distribution is based on a “flexible just-in-time system that can ship the frozen vials quickly to designated points of vaccination at the time of need. So, this will minimize the need for long-term storage anywhere. Vaccination in a pandemic situation is expected to be rapid, with high demand, and we do not expect that the product will need to be stored at any location for more than 30 days.”

Should the Moderna vaccine receive EUA, distribution will be handled through Operation Warp Speed, which has contracted with McKesson to handle distribution.