Collins Calls Time for a Change, Steps Down as NIH Director 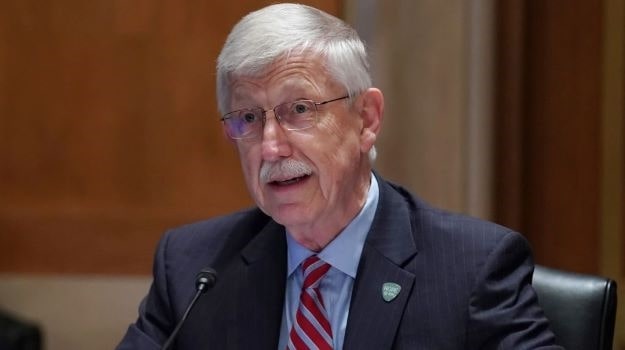 After serving three presidential administrations, Dr. Francis S. Collins is stepping down as director of the National Institutes of Health at the end of the year. A successor is yet to be named.

Collins, the longest-serving NIH director appointed by a president, called his decision to step down a difficult one and one made in consultation with his wife and family. Expressing the opinion that one man shouldn’t lead the NIH for an overly long time, Collins said he believes it’s time for a new director to lead the NIH.

“It has been an incredible privilege to lead this great agency for more than a decade. I love this agency and its people so deeply that the decision to step down was a difficult one. I am proud of all we’ve accomplished. I fundamentally believe, however, that no single person should serve in the position too long, and that it’s time to bring in a new scientist to lead the NIH into the future,” Collins said in a statement.

A physician and geneticist, Collins was first appointed to helm the NIH by former President Barack Obama in 2009. He continued to lead the NIH under the administration of Donald Trump and continued following the inauguration of Joe Biden earlier this year. Before taking over as NIH director, Collins served as head of the National Human Genome Research Institute for 15 years. He led the international Human Genome Project, which conducted the first DNA sequencing in 2003.

Throughout the COVID-19 pandemic, Collins has been a champion for vaccine research and mitigation strategies. Under his leadership, the NIH partnered with Moderna to spur along the development of that vaccine. He also provided a voice of concern over the emerging Delta variant earlier this spring. Warning of the dangers of the Delta variant and other emerging variants, he publicly called for individual and collective efforts to prevent the variants from taking hold in the U.S.—warnings that were unheeded in many parts of the U.S. given the latest surge.

Since late Monday, when the announcement was made, the accolades for Collins have been pouring in. Cardiologist Dr. Eric Topol, who founded and leads the Scripps Research Translational Institute, posted on Twitter that he was sad to see Collins stepping down and “want to express the deepest appreciation for decades of leadership.”

Health and Human Services Secretary Xavier Becerra said few people could hope to come as close to achieving in a lifetime what Collins has been able to accomplish in his career.

“It takes an extraordinary person to tackle the biggest scientific challenges facing our nation—and under three presidents, amidst three distinctly different chapters of American history. Dr. Collins, master of scientific breakthroughs and scientific reason—from mapping the human genome to fighting the most devastating pandemic of a century—has routinely broken ground to save countless lives, while unleashing innovation to benefit humanity for generations to come.”

During his tenure at the helm of the NIH, the agency’s budget grew by 38%, from $30 billion in 2009 to $41.3 billion in 2021. Also, Collins pressed for public and private partnerships to address some of the most prevailing health concerns, including Alzheimer’s disease, cancer and the opioid abuse epidemic. He launched multiple initiatives to address these and other health concerns—initiatives that will now be left to another NIH director to build upon.

Although Collins is stepping away from the NIH, he will continue to conduct scientific research in his lab at the National Human Genome Research Institute. His lab is focused on developing genetic therapies for Hutchinson-Gilford Progeria Syndrome, a rare disease that leads to premature aging.

“I’m most grateful and proud of the NIH staff and the scientific community, whose extraordinary commitment to lifesaving research delivers hope to the American people and the world every day,” Collins said in a statement.