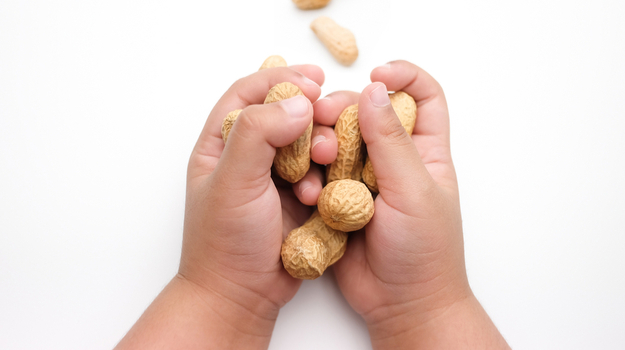 On Wednesday, DBV announced positive topline results from its Phase III PEPITES trial evaluating the long-term efficacy and safety of investigational Viaskin Peanut in peanut-allergic children aged 4 to 11 years. And the results look good. After three years, 75.9% of patients in the trial, 107 out of 141, increased their eliciting dose (ED) from baseline. At least 51.8% (73/141) of patients reached an ED of at least 1,000 mg peanut protein by the third year, the company said. Viaskin Peanut is designed to induce desensitization to the peanut allergens.

David Fleischer, the principal investigator of the PEPITES trial and director of the Allergy and Immunology Center at Children’s Hospital of Chicago, said the long-term data supports the overall clinical benefit of Viaskin Peanut that the company has seen in its clinical trials. Fleischer said it was pleasing that about three of four patients showed an increase in their ED regardless of their individual baselines. Fleisher said that about one in seven patients were able to consume 5,444 mg peanut protein without reacting at 36 months. That’s a key finding when Fleischer said most children who are allergic react to 300 mg of peanut protein, which is about the equivalent of one peanut.

“These new data provide further evidence that Viaskin Peanut may reduce the risk of reaction from accidental exposure by increasing threshold reactivity through a treatment option that could be safe and convenient,” Fleischer said in a statement.

In addition to the data touted by Fleischer, DBV said exploratory analyses suggest that Viaskin Peanut may offer a sustained benefit for patients even after a period of no treatment. Patients in the trial who reached an ED equal to or greater than 1,000 mg at three years were eligible to continue the study for two additional months without treatment while maintaining a peanut-free diet. When researchers checked their status, they discovered 77.8% children maintained desensitization to peanuts.

“Harnessing the important immune properties of the skin, epicutaneous immunotherapy represents a potentially unique mechanism of action that may support the sustained desensitization observed in this study even after a period without treatment. These data further advance our understanding of the profile of Viaskin Peanut,” Pharis Mohideen, chief medical officer of DBV technologies said in a statement.

The safety profile of Viaskin Peanut remained consistent, the company said. The company intends to share the full long-term data of the trial at a future medical conference and also intends to publish it in a peer-reviewed journal. The FDA is set to make a decision on Viaskin Peanut in August of this year.

DBV resubmitted Viaskin Peanut to the FDA in the fall of 2019 after it withdrew the application in December 2018 following a request from the FDA for more data regarding manufacturing procedures and quality controls. There were no concerns regarding the safety and efficacy of the Viaskin Peanut product at that time. Viaskin Peanut received Breakthrough and Fast Track Designation from the FDA in 2015 and 2012, respectively.