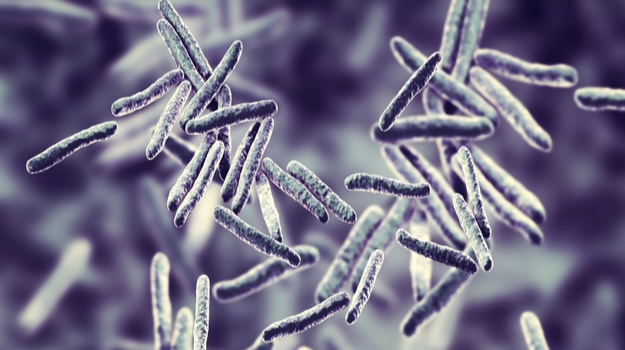 Researchers with the Washington University School of Medicine in St. Louis, the Africa Health Research Institute in KwaZulu-Natal, South Africa and other research groups recently published new insights into a class of immune cells and their interactions against tuberculosis (TB). They published their research in the journal Nature.

Globally, TB is the leading cause of death by an infectious disease. It is caused by a bacterium, Mycobacterium tuberculosis. It has been about a decade since a new class of immune cells known as innate lymphoid cells (ILCs) were discovered, but it was only in this study that their role in TB was identified. It’s possible that by stimulating the ILC response, there may be a new approach to treatment and vaccines against TB.

ILCs are noted for fast, nonspecific responses against pathogens and for creating protective immune responses against specific pathogens. The research found that in people with pulmonary tuberculosis, a subset of ILCs were depleted in the blood. The disease increased accumulation of other subsets in the human lung as a result of the disease, which also caused a strong transcriptional response to the infection, including organizing the recruitment of immune subsets.

The researchers also tracked the ILCs in animal models. In mice whose immune systems were intact, ILCs targeted to infected lung tissue and utilized “messenger molecules” to bring in macrophages, what are dubbed the immune system’s scavenger cells. The macrophages then form small areas of inflammation called granulomas, that suppress the infection.

But in mice whose immune systems weren’t intact, that did not have functioning ILCs, there were low levels of macrophages in lung tissue and their TB was uncontrolled.

The conclusion was that ILCs play an early and significant role in TB immunity.

As in many bacterial infections, M. tuberculosis is increasingly resistant to antibiotics. There is a vaccine, Bacille Calmette-Guerin (BCG), which can prevent the infection in infants and young children, but no vaccine has been approved against TB in older children and adults. The researchers suggest that these ILCs may make a new approach to treatments for TB and prevention.

Denise Faustman, director of the MGH Immunobiology Laboratory, was studying how the BCG vaccine restored near-normal blood sugar levels. In a follow-up to a Phase I clinical trial, three years after patients received two doses of the BCG vaccine four weeks apart, all the adults with longstanding type 1 diabetes had an improvement of HbA1c levels that were close to normal, and the improvement lasted for the next five years. That research was published in the journal npj Vaccines.

The BCG vaccine has been in use for almost 100 years to prevent TB. In the last three decades, it was recognized as increasing production of tumor necrosis factor (TNF), a cytokine that seems to help in autoimmune diseases by eliminating the autoreactive T-cells that attack the patient’s tissues. In the case of type 1 diabetes patients, their immune system attacks pancreatic islets, the cells in the pancreas that produce insulin. It also increases production of regulatory T-cells (Tregs) that could prevent an autoimmune reaction.