New HIV Gene Therapy, CAR-T Treatments Could be on the Horizon for Patients 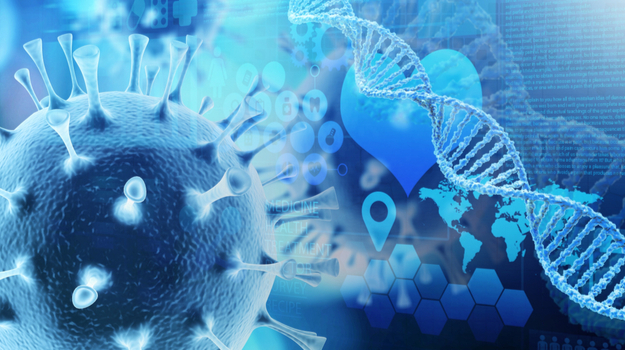 Could gene therapy provide a solution to HIV? A new research project aims to find out.

The National Institutes of Health (NIH) has backed researchers at the University of Southern California and the Fred Hutchison Cancer Center with a five-year, $14.6 million grant to develop a gene therapy that could potentially control HIV without the need for daily medications. Most HIV patients take a well-regimented cocktail of medications each day to control the virus. This therapy could change that. According to an announcement from the Keck School of Medicine at USC, the goal will be to develop a therapy that “prepares patients for a stem cell transplantation using their own cells with little to no toxicity, engineers their own stem cells to fight HIV and stimulates those cells to quickly produce new and engineered immune cells once they're reintroduced into the patient.” The hematopoietic stem cell transplants, also known as bone marrow transplants, have been used to treat some blood cancers. The idea is to infuse an HIV patient with healthy donor blood stem cells that can grow into any type of blood or immune cell.

The gene therapy strategy has been inspired by three cases where leukemia patients who also had HIV received blood stem cell transplants from donors who also carried a mutation that confers immunity to HIV. The mutation was in the CCR5 gene, which encodes a receptor that HIV uses to infect immune cells and is present in about 1 percent of the population, USC said.

The program will engineer blood cells to remove CCR5 from a patient's own stem cells. That will be combined with other genetic changes “so that the progeny of engineered stem cells will release antibodies and antibody-like molecules that block HIV.”

In addition to the potential gene therapy treatment, researchers are also assessing whether or not CAR-T treatments will benefit HIV patients. Researchers from Harvard University developed a Dual CAR T-cell immunotherapy that can potentially help fight HIV infection. First reported by Drug Target Review, the HIV-specific CAR-T cell is being developed to not only target and eliminated HIV-infected cells, but also reproduce in vivo to enable the patients to fight off the infection. HIV’s primary target it T cells, which are part of the body’s natural immune response.

Todd Allen, a professor of Medicine at Harvard Medical School, said the Dual CAR-T cell immunotherapy has so far “provided a strong, long-lasting response against HIV-infection while being resistant to the virus itself.”

To protect the CAR-T cells from HIV, the team added the protein C34-CXCR4, which prevents HIV from attaching to and infecting cells. When that was added, the researchers found in animal models that the treatment “was long-lived, replicated in response to HIV infection, killed infected cells effectively and was partially resistant to HIV infection.”

Still, other researchers are looking to those rare individuals who are infected with HIV but somehow on their own are able to suppress the virus without the need for any treatment. Researchers have sought to replicate what this small percentage of patients can naturally do in other patients who require those daily regimens of medications. Through the sequencing of the genetic material of those rare individuals, researchers made an interesting discovery.

“The team discovered large numbers of intact viral sequences in the elite controllers’ chromosomes. But in this group, the genetic material was restricted to inactive regions, where DNA is not transcribed into RNA to make proteins,” MedNewsToday reported.

Now the race is on to determine how this can be replicated and used to treat the nearly 38 million people across the globe who have been diagnosed with HIV.