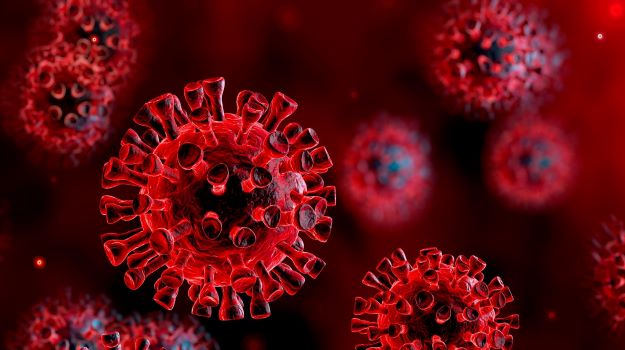 What has been learned about SARS-CoV-2, the virus that causes COVID-19, in only about 15 months, is truly a historical scientific achievement. And new information continues to come in. Read on for more.

A National Institutes of Health (NIH)-funded international team found that SARS-CoV-2 can infect cells in the mouth. It is well documented that the primary sites of SARS-CoV-2 infection are the upper airways and lung, and there are hints it can infect other parts of the body, including the digestive system, blood vessels, and kidneys.

Their study found it can also infect the oral cells in the mouth. This wide variety of infectable cells likely explains the wide range of symptoms seen in patients. And infected oral cells explains symptoms such as loss of taste, dry mouth and blistering. The study was published in the journal Nature Medicine.

The researchers developed a map of tissues in the mouth and found that some salivary gland and gum cells were vulnerable to infection because of their ability to create ACE2 and TMPRSS2 proteins, which are the receptors the virus uses to enter cells. They then examined the bodies of 18 people who died of COVID-19 and found 88.9% had the virus in the salivary glands. The virus was also identified in two sets of tissues, affecting five of six mucosal sites.

They also studied living people with COVID-19 and found that asymptomatic patients (22%) were linked to a 1-week faster average viral clearance time than the symptomatic people. In symptomatic people, saliva that was infected with the virus were 4.8-fold likely to have altered taste and smell.

“Our study could open up new investigative avenues leading to a better understanding of the course of infection and disease,” stated lead author Blake M. Warner, a researcher with the National Institutes of Dental and Craniofacial Research (NIDCR). “Such information could also inform interventions to combat the virus and alleviate oral symptoms of COVID-19.”

UK Variant Has a Much Higher Reproduction Rate

COVID-19 has seen the emergence of a number of more infectious mutations, or variants. The UK variant, B117, also appears to be more deadly, while the South African appears to be the most resistant to antibody treatments and vaccines.

Investigators with the Imperial College London found that the B117 SARS-CoV-2 variant, the so-called UK variant, may have a 50% to 100% higher reproduction rate than the wildtype Wuhan strain. They published their research in the journal Nature.

The team evaluated 31,390 B117 and 52,795 non-B117 whole-genome SARS-CoV-2 sequences that were collected from October 1, 2020 to January 16, 2021, and for which they had the specific time and location of the patients. They also analyzed samples with the S-gene target failure (SGTF) results from mid-November, when about 97% of confirmed SGTFs indicated B117 lineage. SGTF is a test used to identify cases with the new variant, a type of PCR-based assay.

The B117 variant was originally concentrated in London, South East and East England, but since January 16, 2021, has become widely spread across the country and became the dominant strain on December 3, 2020. It also appeared to infect a larger number of people under the age of 20 than the non-B117 strains do. Additional modeling suggested the reproduction rate of the UK strain compared to other strains was 1.89, which is anywhere from 50% to 100% higher than the other strains.

“Analysis of trends in SGTF and non-SGTF case numbers in local areas across England shows that the VOC (variant of concern) has higher transmissibility than non-VOC lineages, even if the VOC has a different latent period or generation time,” the researchers wrote.