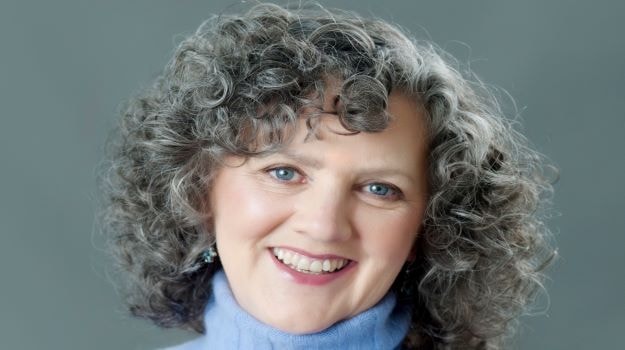 In March 2019, shortly after Biogen and its collaboration partner Eisai announced they were discontinuing the Phase III clinical trials, ENGAGE and EMERGE, of aducanumab in Alzheimer’s, many reporters and analysts proclaimed the amyloid theory of Alzheimer’s was dead. For several decades, the predominant theory of Alzheimer’s disease was that it was caused by an accumulation of a protein called beta-amyloid, which causes the brain damage that results in memory and cognition problems.

The amyloid theory wasn’t exactly dead—most researchers continued to believe it still played a role in the development and progression of the disease. And, of course, the amyloid theory got a reprieve when Biogen announced aducanumab had been successful in treating a subset of patients at its highest dose, after analyzing a broader dataset.

However, many are moving on towards other approaches—neuroinflammation, for example, or taking a closer look at another protein that accumulates in Alzheimer’s patients’ brains, tau. Tau is also implicated in other neurodegenerative diseases, including frontotemporal lobe degeneration (FTLD), progressive supranuclear palsy (PSP), and chronic traumatic encephalopathy (CTE), which has gotten a lot of press related to professional football players and other athletes who may incur head injuries.

One of the companies looking at tau is Cambridge, Massachusetts-based Eikonizo Therapeutics. Janice Kranz, the company’s co-founder and chief executive officer took time to speak with BioSpace about the company and its approach to Alzheimer’s disease and other tauopathies.

The company is based out of the LabCentral and was founded in October 2017 based on research from Jacob Hooker’s laboratory at Massachusetts General Hospital (MGH) and the Martinos Center for Biomedical Imaging.

“Jacob,” Kranz says, “has worked on a family of proteins called HDAC for over 10 years. He’s developed a very specific PET imaging tracer that combines with HDAC6. This molecule is capable of getting into the brain, which has been a real challenge in the field, getting binders to HDAC into the brain. And he realized there were some very compelling data about how HDAC6 inhibition could stop or slow the progression of neurodegeneration for Alzheimer’s and other tauopathies, diseases where tau forms the tangles, as well as amyotrophic lateral sclerosis (ALS), which is a disease of motor neurons.”

Inhibiting HDAC6 prevents pathological tau phosphorylation and downstream tangles in Alzheimer’s disease. This inhibition also appears to stabilize microtubules, which has implications for ALS. The PET scans, although not diagnostic for the disease, is an imaging tool that allows the researchers to visualize in the human brain whether the drug is hitting the right target, which is HDAC6.

“Basically,” says Kranz, “our drug will displace that PET tracer. The more it displaces the more we are occupying that desired target. So, you can do these studies in a quantitative manner so we can figure out, once we have a drug candidate, appropriate dosing and be able to tell with the imaging when we’ve saturated all the HDAC6 sites.”

Currently Eikonizo has hundreds of HDAC6 inhibitors in five different chemical series. The company is currently in about the last year of lead optimization before choosing a drug candidate.

Eikonizo is also currently in the process of raising Series A financing, with a goal of $12 million. The company is operating on a $2 million equity investment as well as a $1 million convertible note from the Alzheimer’s Drug Discovery Foundation.

Kranz notes that a lot of attention was given to amyloid because amyloid plaques were the first pathological sign observed in postmortem brains of Alzheimer’s patients. “The theory was that if you blocked the amyloid from forming those plaques, you’d prevent the diseases. As things turned out, that didn’t happen. There were different approaches, whether inhibiting the enzyme that forms beta-amyloid, or an oligomer, or an antibody to block it, but none of those have worked.”

One of the reasons, she believes, is because many of those drugs and antibodies have trouble getting to the brain. And in many of the earlier studies, she says, “there was no real readout, no signal when they were going testing hundreds of patients in Phase II and Phase III on whether their antibody was actually getting into the brain, let alone on whether it was binding to amyloid once it was there.”

So, part of Eikonizo’s strategy is to establish target engagement using the PET imaging tool. “It will allow us,” Kranz says, “to derisk our clinical approach as well as accelerate our testing in the clinic. We’ll be able to do that target engagement quantitatively, and like I mentioned earlier, be able to know at a certain dose when we have reached the brain with our small molecule and when we have bound 10%, 50% or 90% of the HDAC6 protein.”

Kranz and Eikonizo believe they have a shot at developing a treatment approach for Alzheimer’s and other tauopathies, partly because it is using a small molecule approach and because of their ability to monitor uptake of their therapeutics.

She notes that most pharma companies are using antibodies to target tau and that those have the same problems as the antibody approach did for beta-amyloid in terms of access to the brain. Another approach is antisense oligonucleotides (ASOs), which intact with messenger RNA to prevent translation of a targeted gene.

“Those,” she says, “would have to be injected either into the spinal cord or directly into the brain. Then they would block all the expression of tau. But that approach is just destroying everything. Yes, if you get rid of all the tau you wouldn’t have any tau to form the tangles. But our approach is safer, because tau does do some really important functions in neurons, especially in binding microtubules and helping all this trafficking. So knocking that out completely would be a serious problem. Our small molecule approach doesn’t target tau directly, but an enzyme that modifies tau. It’s more subtle, but more likely to be chronically safe. And with a small molecule, it has advantages for cost compared to antibodies or ASOs, as well as for brain uptake.”