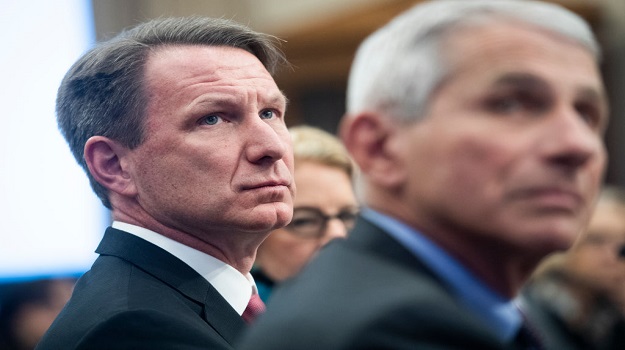 Norman E. “Ned” Sharpless will step down from his role as director of the National Cancer Institute (NCI) at the end of this month, after serving in the role since 2017.

Sharpless, who is well known for his deep understanding of oncology and big data, also previously served as acting commissioner of the U.S. Food and Drug Administration (FDA) following the resignation of former FDA Commissioner Scott Gottlieb in 2019. Sharpless will remain in the director’s role until April 29. NCI Principal Deputy Director Douglas R. Lowy will serve as acting director until a full-time director can be appointed. Lowy previously served as acting director while Sharpless was acting as head of the FDA.

During his tenure at NCI, Sharpless was a champion of health equality and drove the use of data science, which culminated in the development of the Childhood Cancer Data Initiative. He was also a fierce champion for investigator-initiated research in cancer and diversity in the cancer research workforce.

In a brief statement, Sharpless said working at the National Cancer Institute, a division of the National Institutes of Health (NIH), has been the highlight of his career. He noted that as he leaves the government, there is significant talent and passion at the NCI, as well as throughout the cancer research community, to continue to drive the development of effective therapies for all different varieties of cancer.

He lauded the commitment of President Joe Biden to the Cancer Moonshot program, which aims to continue the advancement of cancer prevention, detection, research and patient care. The goal of Moonshot, which was initially begun in 2016 when Biden was vice president of the Obama Administration, is to reduce the death rate from cancer by at least 50% over the next 25 years, while also improving the quality of life of cancer patients.

“During my time in the federal government, I have been inspired by the ways that researchers, caregivers, advocates and survivors have broken down silos to collaborate and embrace new ways of working together to solve some of the toughest problems in cancer The community stands ready to meet the President’s call to end cancer as we know it,” Sharpless said in a statement.

Before his time at NCI, Sharpless ran the University of North Carolina’s Lineberger Comprehensive Cancer Center, where he was a physician-scientist, running a lab and treating patients. He is also the co-founder of G1 Therapeutics.

As Sharpless prepares to step away from his role, he has been praised by many of his colleagues for his dedication to cancer research. Xavier Becerra, secretary of the U.S. Department of Health and Human Services, hailed Sharpless as a “true public servant.” Becerra thanked him not only for his guidance in oncology research but also for the NCI’s contributions to the COVID-19 response and his efforts to minimize the impact of the pandemic on oncology patients.

“We have been fortunate to have Dr. Sharpless as director of the National Cancer Institute for the past four and a half years. His work will continue to serve the American people and ensure a brighter future for everyone affected by cancer,” Becerra said in a statement.

Sharpless’ departure follows the departure of other top scientific leaders in the federal government. Eric Lander abruptly resigned from the Biden administration’s Office of Science and Technology Policy after accusations of bullying. Following his resignation, Biden tapped two individuals to temporarily fill the role of director. One of those is Francis Collins, the recently-retired head of the National Institutes of Health. Collins will serve as Science Advisor to the president and also co-chair of the President’s Council of Advisors on Science and Technology.

The NIH also recently lost John R. Mascola, the director of the Vaccine Research Center at the National Institute of Allergy & Infectious Diseases (NIAID), who stepped down from his role at the end of March. Mascola led the NIH team that collaborated with Moderna on the development of the company’s COVID-19 vaccine.