Nanoparticle Vaccine: The Next Generation of Vaccine Technology 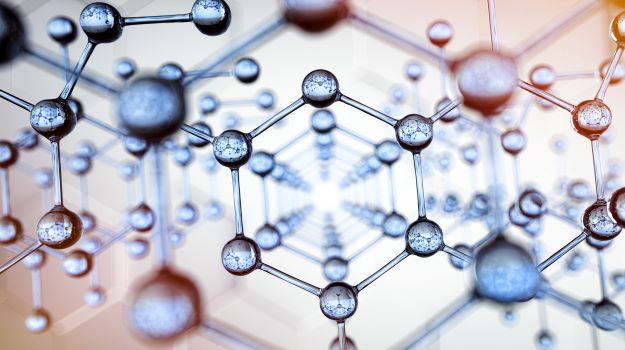 Arguably, the mRNA technology used to develop vaccines against COVID-19 by BioNTech-Pfizer and Moderna, are the next generation of vaccines. They have demonstrated their ability to be quickly developed and their efficacy. But researchers are working on yet another type of vaccine technology using nanoparticles that are less expensive than the mRNA vaccines and the Nanoparticle vaccine does not need to be stored at very low temperatures, as the current mRNA vaccines do.

The Pfizer-BioNTech vaccine, for example, requires temperatures around -94 degrees F. The Moderna vaccine storage requirements aren’t as stringent, but still requires being frozen at about -4 degrees F. In particular, these requirements present challenges to low- and middle-income countries.

The more traditional vaccines, which use inactivated, weakened or genetically modified viruses as vectors are also quite effective, and generally easier to store and transport than the mRNA vaccines. But they also take much longer to develop and are more likely to create negative side effects.

What We Know About Nanoparticle vaccine So Far

One approach that is being developed by researchers at Stanford University leveraged nanoparticles to develop a Nanoparticle vaccine. Preclinical research was recently published on it in the journal ACS Central Science.

“Our goal is to make a single-shot vaccine that does not require a cold-chain for storage or transport," said Peter S. Kim, senior author of the study and the Virginia and Ludwig Professor of Biochemistry at Stanford. “The target population for our vaccine is low- and middle-income countries.”

The vaccine, which is being developed for COVID-19, uses nanoparticles of an iron-containing protein called ferritin. Each of the ferritin nanoparticles has several of the SARS-CoV-2 spike proteins attached to its surface. The spike protein is what the virus uses to enter cells, similar to a lock and key. The vaccines authorized to date employ various ways of introducing the virus’s spike protein into the body so the immune system can recognize it and attack it if it encounters it again.

Prior to this focus, Kim’s laboratory was working on a ferritin-based vaccine against the Ebola virus. In animal studies, nanoparticle vaccines of this design created a stronger immune response than injecting the animals with isolated viral proteins. This appears to be that the nanoparticle mimics whole viruses.

Abigail Powell, a former postdoctoral student in Kim’s laboratory and lead author of the study, cautions, “This is really early stage, and there is still lots of work to be done. But we think it is a solid starting point for what could be a single-dose vaccine regimen that does not rely on using a virus to generate protective antibodies following vaccination.”

Another potential advantage to a nanoparticle vaccine like this is how quickly it can be developed. It took approximately four weeks from the first concept to the first animal tests. They accept that with other COVID-19 vaccines already being deployed worldwide, their own may not be needed. Their next challenge is to engineer a “universal” coronavirus vaccine that utilizes proteins from several lethal coronaviruses, including SARS-CoV-1, which causes SARS, the MERS virus, SARS-CoV-2 that causes COVID-19, and potentially other coronaviruses that researchers are keeping an eye on.

In related news, Gritstone Oncology, based in Emeryville, California, announced that it is advancing development of its own second-generation vaccine against COVID-19. It inked a deal with the National Institute of Allergy and Infectious Diseases (NIAID) to launch a Phase I trial. It will be run through the NIAID-supported Infectious Diseases Clinical Research Consortium (IDCRC), with support from the Bill & Melinda Gates Foundation.

The vaccine utilizes epitopes—specific parts of known antigens—from the La Jolla Institute for Immunology. It will then deploy its own Gritstone EDGE and vaccine platform technologies to develop a vaccine that contains the spike protein, but other additional viral epitopes that are predicted to be good targets for T-cell immunity. The technology leverages self-amplifying mRNA and adenoviral vectors to deliver the antigens. They hope it will be able to protect against a range of SARS and coronaviruses in case of future coronavirus pandemics.

“Gritstone’s vaccine may provide more comprehensive viral protection by inducing a better combination of T cell responses and neutralizing antibodies as compared to the currently available vaccines,” said Daniel Hoft, director of St. Louis University’s Center for Vaccine Development and Division of Infectious Diseases, Allergy and Immunology, National Vaccine Advisory Committee member, and protocol chair and lead principal investigator of Gritstone’s COVID study. “It is important that we move forward with developing these next generation vaccines because we do not yet know whether the existing vaccines that have been granted emergency use authorization will provide long-term immunity or prevent transmission.”

So, let's hopefully wait until we witness the revolutionary Nanoparticle vaccine in the world.