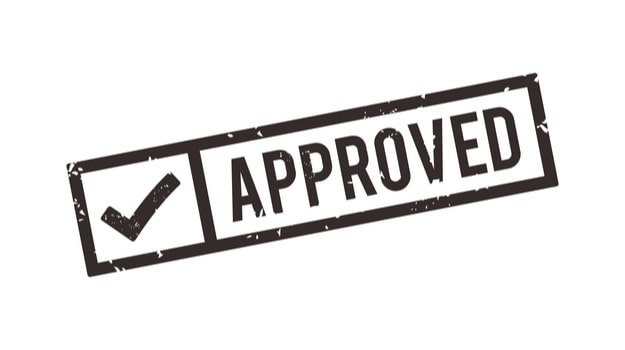 Shares of Cambridge, Mass.-based Biogen are down slightly in premarket trading after the U.S. Food and Drug Administration (FDA) approved the first generic version of its top-selling multiple sclerosis drug Tecfidera.

This morning, Mylan announced the launch of its new generic offering, dimethyl fumarate delayed-release capsules for the treatment of relapsing forms of multiple sclerosis. The launch of the new drug marks the first generic of any multiple sclerosis treatment in an oral solid dosage form available to patients in the U.S., Mylan said in its announcement. The generic drug is available in both 120 mg and 240 mg doses.

Mylan Chief Executive Officer Heather Bresch said the launch of the first generic Tecfidera is an example of the company’s commitment to providing patients with greater access to affordable drug options. In the case of multiple sclerosis patients, Bresch said the approval of generic dimethyl fumarate underscores the company’s commitment to the multiple sclerosis community.

“Our commitment to the MS community stems all the way back to our initial investment in 2009 to bring a first generic Copaxone to market, which we achieved in 2017. Today's launch represents yet another example of that commitment, by bringing access to the first generic of Tecfidera. While we are pleased with our accomplishments to date, we remain equally excited to expand our offerings by advancing work on a co-developed follow-on product for a once-monthly glatiramer acetate injection. I too would like to thank all of my colleagues for their passion and support in fulfilling our company's mission to expand access to high quality medicines,” Mylan President Rajiv Malik said in a statement.

The approval of generic dimethyl fumarate follows Mylan’s legal victory in the U.S. District Court for the Northern District of West Virginia that invalidated Biogen's Tecfidera patent, which paved the way for the approval. Biogen is appealing that decision.

In its brief announcement, Mylan did not provide information as to how it will price the generic Tecfidera, a drug that earned Biogen $3.79 billion in 2019, according to IQVIA.

For Mylan, the FDA approval comes months ahead of its merger with Pfizer’s off-patent business, Upjohn. The combined companies will be known as Viatris, which will have numerous well-known products in its arsenal, including the Epi-Pen, Viagra, Lipitor, Celebrex and others. The companies initially announced the planned merger in July 2019 and said the combined businesses will have a pipeline valued at about $20 billion.