mRNA Looks Beyond COVID-19 Vaccines to Therapeutics and Diagnostics 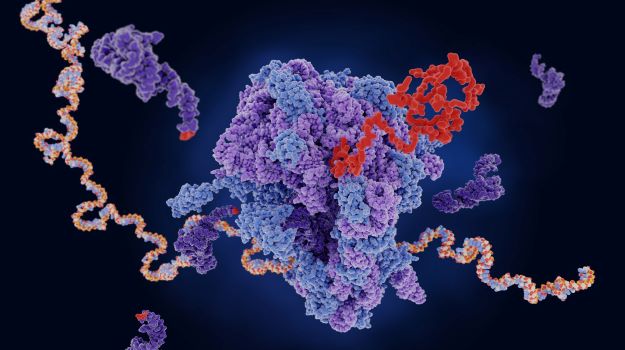 mRNA has built its reputation as a type of vaccine to fight COVID-19, but its capabilities extend beyond vaccines into therapeutics and even diagnostics.

“The power of this technology is, in some ways, limitless,” Dusan Perovic, a partner at Two Sigma Ventures, told BioSpace.

mRNA is part of a cell’s communication system. It’s a way to deliver a message, and that message can be instructions to make many things.

mRNA is unique among therapeutics in that it delivers instructions to cells regarding protein production. This is impossible with all other drug approaches, which means mRNA has the potential to treat many diseases or conditions that cannot be treated otherwise.

That capability isn’t lost on drug developers. Based largely on the success of the COVID-19 vaccines, “There seems to be quite a bit of interest in mRNA,” Weibin Chen, director of scientific operations at Waters, told BioSpace. “The regulatory acceptance (albeit still emergency use) and clinical data prove that the molecule is ‘druggable’ and can be approved.”

A recent search of ClinicalTrials.gov found 1,828 studies involving mRNA, of which 424 were in Phase II. Programs included the use of mRNA in HIV, psoriasis, methylmalonic acidemia and other conditions. Many target various cancers.

“The theory is that any area in which targeted protein expression can lead to therapeutic benefit could be a great target for mRNA technology,” Glenn Rockman, founder and managing partner of Adjuvant Capital, told BioSpace.

BioNTech’s pipeline includes an mRNA therapeutic to treat metastatic melanoma and other solid tumors. Known as BNT122, it’s in Phase II trials as a combination therapy with pembrolizumab with BioNTech’s partner, Genentech. Another seven trials are in Phase I, with many more in preclinical development. The company also is developing an mRNA influenza vaccine.

Pfizer, for its part, told BioSpace it plans to start an mRNA influenza vaccine program later this year.

In terms of developing therapeutics for cancer or other conditions, Perovic said, “One approach is to teach the immune system to recognize cancer cells, thus creating cancer vaccines.”

With that, toxins to destroy cancer cells could be delivered only to those cells.

A related approach is to tune where the message is delivered. The challenge, Yochi Slonim, CEO of Anima Biotech, told BioSpace, is that “RNAi therapeutics break down quickly in the body, so they must be injected and cannot be delivered on a large scale compared with therapeutics with oral delivery, like pills.”

“There are many different ways to do this and there are many startups in this space,” Perovic added. “Some are putting mRNA into a virus that is taken up only by certain cells. Others are working with polymers that are absorbed only by certain tissues. Still, others are looking at non-viral particles or ways to prolong the effect of mRNA. Many companies are in stealth mode.”

Their interest is based on the belief that, “In theory, mRNA therapeutics have unlimited potential to provide benefits for a variety of diseases where several targets have been termed undruggable,” Slonim pointed out.

For example, mRNA can regulate protein production either up or down. As Slonim explained, “A specific synthetic mRNA allows the growth of missing protein and therefore increases a certain protein level, but this is a one-way street. With the biology that controls the way the proteins are made by the ribosome from the mRNA, you can increase the production of an individual protein, but also decrease it. This is a completely symmetrical phenomenon mediated by all cells in the human body. With small molecule mRNA drugs, you have a chance to interact with the mRNA biology and control it in a two-way street fashion.

“At Anima, we believe that the next wave of mRNA drugs is made of small molecule mRNA drugs that will overcome the challenges faced by prior mRNA therapeutics while achieving the same goals and more.”

There’s a manufacturing benefit, too. Unlike cell-based therapeutics,

“Manufacturing scale-up is not a bottleneck for mRNA therapeutics,” Chen said. “RNA manufacturing is a cell-free, enzymatic process, which allows a relatively straightforward, linear, scale-up.”

“Purification of mRNA can be challenging, especially for the long mRNA molecules for which the tools to effectively purify the synthetic mRNA to pharmaceutical-grade are somewhat less efficient,” Chen said.

To resolve that, Waters is working with its customers to identify analytical challenges in mRNA development that can be addressed more effectively by various liquid chromatography (LC) or LC-mass spectrometry technologies. mRNA characterization, critical quality attribute (CAQ) monitoring and the analysis of lipids and lipid nanoparticles, which are key for mRNA delivery, have been identified.

“COVID solidified (the notion) that mRNA vaccines have a huge, promising future against infectious disease, but mRNA isn’t a silver bullet,” Rockman said. Nonetheless, “There are endless opportunities for its use in existing diseases and future pandemic threats.”