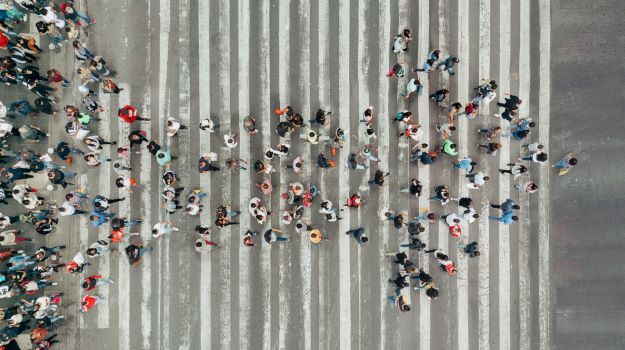 With the Thanksgiving season upon us, there are many reasons for biopharma and life sciences companies to say thanks, including for new leaders.

The Institute for Protein Innovation

Kenneth Fasman is taking over the reins of the Boston-based IPI. He will serve as the next president and chief executive officer.

Fasman comes to IPI from The Jackson Laboratory, where he served as senior vice president for research. Fasman directed R&D informatics and drug development strategy and performance at AstraZeneca and served as chief scientific officer at the Adelson Medical Research Foundation prior to joining JAX in 2015.

Before joining Lucy Therapeutics, Gaebler was vice president of commercial strategy and portfolio planning at Milestone Pharmaceuticals and partner at Health Advances, a life-sciences strategy consulting firm. She has also held increasing responsibility and scope positions at Hoffmann-La Roche, Amylin, and Biogen.

Evans is an executive consultant with nearly 25 years of commercial and business development experience, including 12 years at Pfizer, where he gained significant experience in the rare disease space. For the past seven years, Evans has consulted at an executive level with small to mid-size private and public biopharmaceutical companies, including acting as CBO for many clients.

Christiane Bardroff will take over the role of chief operating officer on Dec. 1. Bardroff will head clinical and commercial manufacturing, engineering and technology operations, as well as production automation.

Bardroff joined Rentschler Biopharma as SVP client program management in Feb. 2022 and, since May 2022, has also been SVP clinical and commercial manufacturing at the Laupheim site. Previously, she was responsible for the construction of Teva Biotech's highly automated, large-scale biotechnology production facility in Ulm, Germany.

Over her career, Patel has held roles of increasing responsibilities across multiple countries, including the United States, Australia, Belgium, Singapore, Thailand, and the European and emerging markets regions. Since 2019, Patel has been global commercial head of GSK's shingles vaccine.

Richard Pallin is the new vice president of in vitro diagnostic sales for London-based Virax Biolabs.

David DiGiusto was named chief technology officer for Garuda. He most recently served as CTO and senior vice president of stem cells and regenerative medicine at National Resilience Inc.

Ben Halladay was promoted to chief financial officer of Michigan-based Esperion. He previously served as senior director of financial planning and analysis, a role he held since August.

Halladay joined Esperion in 2020. He previously held a variety of finance roles at National Oilwell Varco, BMC Software, and Pfizer.

Sarah Li has been promoted to vice president of accounting and controller at Canada-based InMed. Brenda Edwards will transition out of her position as interim CFO on Nov. 20.

Prior to joining Avid, Lukash served as vice president, people and culture at Oncocyte Corporation. Throughout her career, she has also held senior human resources roles with several other leading life science companies, including Avanir Pharmaceuticals, Agendia, and Clarient.