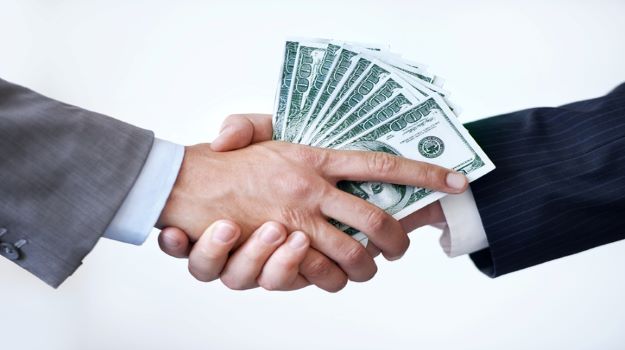 Most money moves happened in Europe this week, including a government-backed award for Parkinson’s disease research, seed funding for an RNA platform and Series C financing for an orphan central nervous disease treatment company.

Sapience Therapeutics closed a Series B round of financing with $41 million, thanks to new investor NexPoint and existing investors Bristol Myers Squibb, Eshelman Ventures and Kingdon Capital.

The funding will accelerate Sapience’s pipeline of peptide therapeutics, which disrupt protein interactions and hold potential for patients with hard-to-treat cancers. With the financing, the company plans to advance its lead program, ST101, which is currently in Phase II clinical trial for patients with advanced solid tumors, and progress its second program, ST316, from Investigational New Drug (IND)-enabling studies to a Phase I study.

Endpoint Health announced it has raised $52 million in equity and debt financing which will be used to extend the company’s Precision-First platform and expand its therapeutic pipeline to include programs for chronic immune-mediated diseases.

The $2.87 million early-stage award is partly funded by Innovate UK and will help fund the preclinical development of NRG’s novel small molecule disease-modifying medicines. The award money will support NRG’s 24-month preclinical development project, starting this month. The project will focus on developing investigational new drugs that have already shown promising results in vitro to protect mitochondria and prevent the death of brain cells.

Women’s health company TherapeuticsMD has entered into a definitive merger agreement to be acquired by an affiliate of EW Healthcare Partners. The total value of the acquisition is around $177 million. The deal is structured as an all-cash tender offer, and since EW Healthcare is a private company, it will acquire all issued and outstanding shares of TherapeuticMD’s common stock for $10 per share. Once EW Healthcare acquires all shares, a merger will immediately follow. Shares of TherapeuticsMD will no longer be listed on any public market.

The acquisition will further EW Healthcare’s goal of creating a transatlantic women’s health platform, which will incorporate TherapeuticsMD’s products.

By the time Transine Therapeutics closed its seed round of funding, it had gathered an additional £4.6 million, bringing its total funding since June 2021 to £13.7 million. The financing was led by Epidarex Capital, a new investor, as well as a previous investor, the Dementia Discovery Fund.

With the funding, Transine will continue building its Sineup RNA platform, which boosts the expression of a target protein by binding precisely to the mRNA that encodes it and enhancing its translation. In particular, the funding will advance Transine’s lead programs—one in ophthalmology and one in central nervous system diseases. The company expects to release in vivo data later this year.

“Minoryx’s Series C investment round will enable us to move forward at full speed towards the approval and commercialization of leriglitazone in X-ALD, a devastating orphan disease with a major unmet medical need,” Marc Martinell, CEO of Minoryx said. “These funds will also enable Minoryx to proceed towards US approval based on FDA guidance and investigate the benefits of leriglitazone in further X-ALD patient populations.”

Georgia-based biologics company MiMedX received a $4.6 Million Award from the U.S. Department of Defense. The award is from the Medical Technology Enterprise Consortium (MTEC), which is sponsored and will be managed by the Naval Medical Research Center (NMRC).

The money will be used to test MiMidX’s Purion processed Dehydrated Human Amnion Chorion Membrane (DHACM) as an advanced treatment option for wound and burn care. The testing will evaluate safety and effectiveness, but it will also consider logistical requirements that military personnel face when treating those types of injuries.