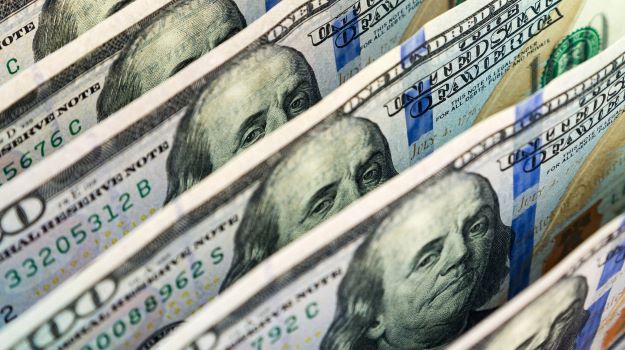 With over a billion in funding announced on Monday alone, it seems as though money for life sciences companies is growing on trees. Here are some of the top companies that brought in a good harvest this past week.

Raising the funding bar, ElevateBio took in a massive $525 million Series C to expand its drug programs, as well as manufacturing capacity and current and future partnerships. Just one year ago the company closed its Series B with $170 million to advance six novel cell and gene agents for certain unspecified conditions to in-human trials. Since its launch in 2019, ElevateBio’s funding totals at $845 million. CSO Mitchell Finer says the company's approach will “drive transformative cell, gene and regenerative therapies today and tomorrow that have the potential to enable access for patients around the globe.”

AI drug discovery and development continues to expand in the biotech space as insitro scooped up $400 million in a Series C led by Canada Pension Plan Investment Board. With a target discovery platform built out from collaborations with Gilead and Bristol Myers Squibb, the funds will be used to expand insitro’s machine learning platform capabilities and pipeline, including increasing resources to access enabling datasets. The AI approach to drug discovery brings life-changing medicines to patients “faster and with fewer failures” according to CEO Daphne Koller.

Taking the increasingly popular SPAC route to the NASDAQ, POINT Biopharma announced an agreement to merge with special purpose acquisition company Therapeutics Acquisition Corp, a SPAC sponsored by RA Capital Management. POINT is expecting about $300 million in the deal, including a $165 million PIPE led by RA and first-class investors. Closing mid-year, the proceeds will fund POINT’s radiopharmaceutical platform which includes its Phase III cancer programs for prostate and neuroendocrine.

Next-gen gene editor Graphite secured a $150 million Series B led by RA Capital Management and Rock Springs Capital. The company plans to use the proceeds from this round to further expand and advance its pipeline of targeted gene integration therapies into the clinic. Current focus is on a sickle cell disease trial and getting Graphite’s XSCID and Gaucher programs into the clinic.

This neuroscience company raised $114 million last week in a Series D preferred stock financing to commercialize its lead seizure drug. Valtoco, which received approval and Orphan Drug Exclusivity from the FDA, is a proprietary formulation of diazepam delivered through a nasal spray for short-term rescue treatment of seizure clusters. The administration of Neurelis’ drug certainly gives it a leg up in real-world applications over the previously approved standard-of-care treatment – a rectal gel formulation of diazepam.

With $102 million pocketed from a Series D, Inflammatix is ready to commercialize its point-of-care diagnostics portfolio.  Combining rapid mRNA detection panels with advanced machine learning, the company believes its rapid results will equip physicians to make better clinical decisions for their patients. Inflammatix’s technology profile a person’s immune response to avoid prescribing broad-spectrum antibiotics, which are contributing to the prevalence of antibiotic resistance. Last year the company was awarded funds from both DARPA and BARDA for its diagnostic tests.

Protein degradation therapeutics company Monte Rosa scored $95 million in its Series C to not just inhibit a protein’s function but eliminate it altogether. The biotech is preparing IND-enabling studies on its lead candidate this year to take it towards the clinic, as well as bolster platform capabilities for developing its small molecule degraders. This raise brings funding to over $223 million since Monte Rosa’s uncloaking in just May of last year.

Ready to race to the NASDAQ, Nano Cures completed its pre-IPO funding round for a tidy sum of $90 million. Funds from the IPO will be used to scale up Nano Cures’ platform for COVID-19 variants.  The company’s in-development framework plans to feature self-administered vaccines and therapeutics folks can order online and get through their pharmacy. Like many companies right now, Nano Cures is working on a COVID-19 vaccine and is currently in Phase I and II trials. The team is also working on a universal coronavirus vaccine to protect against both known and unknown strains of the virus.

Research Triangle Park-based StrideBio is poised to take its adeno-associated virus, AAV-based gene therapies to the next step. The $81.5 million Series B from existing and new investors will allow StrideBio to “translate next generation gene therapies enabled by our lead engineered capsids into the clinic to benefit patients,” according to CEO Sapan Shah. The pipeline includes four new programs targeting CNS and cardiovascular disorders.

Closing on a $74 million Series B, AgomAb intends to fund a proof of concept for its lead program AGMB-101, an HGF-mimetic agonistic antibody, which is currently progressing through IND-enabling studies. Additional funds will support the pipeline of candidates hoping to modulate regenerative pathways to induce functional organ recovery in acute and chronic diseases. The company also hired a handful of new C-suite execs – Philippe Wiesel as CMO, Paul van der Horst as CBO, and Tolga Hassan as CFO.

Nine-month-old startup ExeVir is already prepping to take its lead COVID-19 antibody compound to global Phase Ib/II clinical trials with this week’s $50 million Series A. The antibody, VHH72-Fc, was derived from llama blood and formulated into ExeVir’s XVR011 compound. This will be the first in-human trials using this unique, llama-derived antibody. The antibody is expected to be equally effective against the increasingly contagious and more deadly mutations of the SARS-Cov-2 virus.