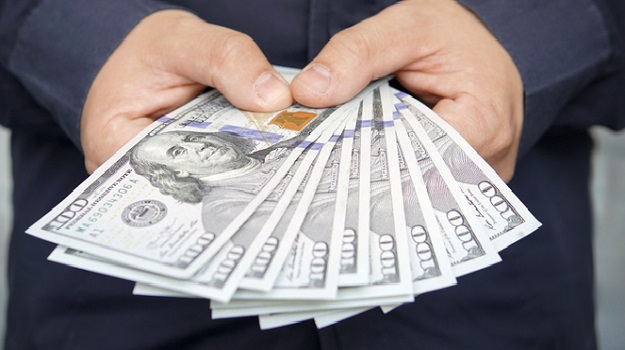 The culmination of more than six years of development, the ezRNA synthesis platform uses enzymes to generate RNA oligonucleotides and can incorporate a wide variety of nucleotide modifications. EnPlusOne will use the seed proceeds to further develop and scale ezRNA and expand its team.

The young company is led by Daniel Wiegand, its chief executive officer. Dr. Jonathan Rittichier, Ph.D., is its chief scientific officer, while Dan Ahlstedt is the chief operating officer. All three spun EnPlusOne from the Wyss Institute for Biologically Inspired Engineering at Harvard University. Wiegand and Rittichier are the company’s technical founders.

Cambridge, MA-based Cellarity made $121 million in its recent Series C financing round, the company announced Tuesday. It plans to use the proceeds to strengthen its platform, expand its talent base and drive its programs to the clinic.

Cellarity’s approach goes beyond individual molecular targets and focuses on the entire cell to identify factors influencing the transition to a diseased state. Deep learning models combined with high-dimensional transcriptomic data allow Cellarity to design medicines targeting a disease’s cellular structure, which could lead to treatments for previously undruggable targets.

The funding round was led by venture capital firm and Cellarity founder Flagship Pioneering. Four new investors also threw their support behind Cellarity, including Hanwha Impact Partners and Kyowa Kirin Co. Ltd. Since Cellarity was founded in 2017, it has already raised $274 million.

On Tuesday, pharma giant Pfizer exercised its license option to Voyager Therapeutics’ novel AAV capsid, triggering a $10 million payment to the latter. According to a company spokesperson, Voyager will use these proceeds to further develop its proprietary TRACER discovery platform and ongoing pipeline programs.

The exercise option is part of a licensing agreement between Voyager and Pfizer, inked October last year, which entailed a $30 million upfront payment for the capsid program that could be used to deliver potential gene therapies for a still undisclosed rare neurologic disorder. Voyager remains eligible for up to $290 million in milestones and tiered royalties.

The company is banking on an external partnership strategy to help it advance its technology and pipeline. “Voyager also announced in March 2023 a license option agreement with Novartis under which Novartis may exercise options to license TRACER generated AAV capsids for potential use with three undisclosed CNS targets and options to access capsids for two additional rare disease targets to be agreed on in the future,” the spokesperson told BioSpace.

With its Series B round of financing closing Tuesday, Vergent Bioscience posted proceeds of $21.5 million, which the company will use to further advance the clinical development of VGT-309, its tumor-targeted fluorescent imaging agent.

Delivered via a short infusion a couple of hours before surgery, VGT-309 contains a molecule that covalently bonds to cathepsins, a group of proteins known to be over-expressed in a wide variety of solid tumors, including lung cancer. This action allows surgeons to spot previously undetectable or hard-to-visualize tumor tissues during minimally invasive or robotic surgeries.

First revealed in May, Pfizer announced Monday that it had completed its migraine leader Biohaven Pharmaceuticals acquisition in a deal valued at $11.6 billion. The industry giant bought all outstanding shares of Biohaven at $148.50 per share. Biohaven is now a wholly-owned subsidiary of Pfizer.

As a result of the buyout, Pfizer now holds the rights to Nurtec ODT (rimegepant), for the treatment of migraines in adults, with or without auras, and for the prevention of episodic migraine. The deal also gives Pfizer Zavegepant, an intranasal spray under review by the FDA for acute migraine relief. The regulatory body is set to arrive at a decision early next year.

Biotech ecosystem company Alloy Therapeutics counted $42 million in earnings during its recent Series D financing round. The proceeds will be used to bolster the company’s pre-competitive drug discovery technologies in new biologic modalities, as well as support new partnership models to foster innovation in the drug discovery community.

Launched in 2017, Alloy initially provided human antibody mouse discovery capabilities using a suite of transgenic mouse strains. With its Series C in March 2021, the company was able to extend its discovery technologies and services into T cell receptors and genetic medicines. Monday’s Series D will also help Alloy expand its offerings across its six modalities, including peptides and cell therapies.

Precision medicine biotech Gate Neurosciences announced last week that it had earned a total of $25 million in funding from a cadre of life science-focused investors, including ThornApple Capital, Innoviva, Biocrossroads and Luson Bioventures, among others.

Alongside its financing, the company touted a new peer-reviewed publication highlighting the novel mechanism and pharmacology of its lead program Zelquistinel. The paper shows that a single dose of the molecule can modulate NMDA receptors and enhance synaptic plasticity in specific brain regions, which leads to a rapid and durable antidepressant effect.

Gate launched in 2019 and emerged from stealth in August. The company has previously acquired the Zelquistinel, Apimostinel and Rapastinel depression programs from pharma giant AbbVie, and has recently earned exclusive rights to Eli Lilly’s preclinical mGlu2/3 receptor antagonists for sleep disorders.