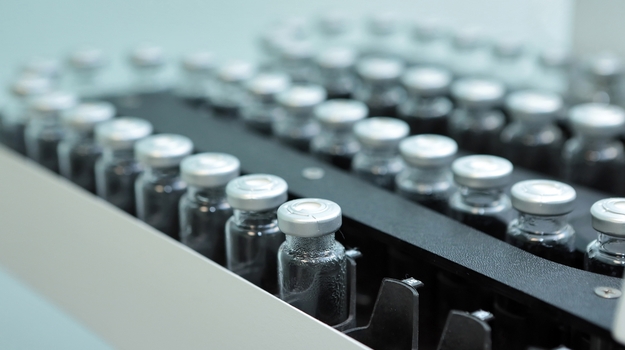 It’s not quite enough to develop an effective vaccine, particularly if you’re a relatively small biotech company. You need to be able to manufacture it and distribute it. Cambridge, Massachusetts-based Moderna, which has an experimental mRNA vaccine against COVID-19 in clinical trials in the U.S., partnered with Basel, Switzerland’s Lonza on a 10-year strategic collaboration for larger scale manufacture of the company’s vaccine, mRNA-1273. The deal also includes other future Moderna projects.

On March 16, Moderna and the National Institute of Allergy & Infectious Diseases (NIAID) began dosing patients with the vaccine. On April 23, the second round in healthy Seattle volunteers began. A mid-stage trial is expected to start in the second quarter.

mRNA-1273 is an mRNA vaccine against SARS-CoV-2 that encodes for a prefusion stabilized form of the Spike (S) protein. The mRNA vaccine is a new type of technology, where the vaccine contains a section of messenger RNA that codes for a protein associated with the virus. The vaccine is injected into a person and the mRNA moves into the individual’s cells, where the cells then churn out the protein. The body’s immune system should then treat the protein like the virus and attack it, developing an immune response that it will then use if it comes into contact with the actual virus.

Under the deal with Lonza, the two companies will set up manufacturing suites at Lonza’s U.S. and Switzerland facilities to manufacture the vaccine. They expect the technology transfer to start in June, with the first batches of the vaccine at Lonza U.S. in July.

As the situation progresses, they hope to establish more production suites across Lonza’s facilities globally, with a goal of manufacturing up to 1 billion doses of mRNA-1273 per year at the currently expected dose of 50 µg. It will complement Moderna’s current U.S. manufacturing efforts.

Part of the funding for manufacturing at Lonza U.S. falls under Moderna’s contract with the U.S. Biomedical Advanced Research and Development Authority (BARDA), part of the Office of the Assistant Secretary for Preparedness and Responses within the U.S. Department of Health and Human Services. BARDA is supporting late-stage clinical development programs of the vaccine.

“We are very pleased to partner with Lonza, which shares our commitment to rapidly addressing this pandemic which has created a global health crisis,” said Stephane Bancel, Moderna’s chief executive officer. “This long-term strategic collaboration agreement will enable Moderna to accelerate, by 10-times, our manufacturing capacity for mRNA-1273 and additional products in Moderna’s large clinical portfolio. Lonza’s global presence and expertise are critical as we scale at unprecedented speed. Our common goal is to potentially enable manufacturing of up to 1 billion doses of mRNA-1273.”

In the face of the global pandemic, more than 100 companies and organizations have initiated development of vaccines against the virus. What appears to be happening now is smaller biotech companies and institutions with promising vaccines are partnering with large biopharma companies with expertise and capabilities for large-scale manufacturing and distribution.

Yesterday, AstraZeneca and the University of Oxford partnered on the global development and distribution of Oxford’s COVID-19 vaccine it is developing. The university’s Jenner Institute and Oxford Vaccine Group are expecting to launch a clinical trial of more than 6,000 people in May, showing not only that their COVID-19 vaccine is safe—typically the goal of smaller Phase I clinical trials—but effective, the goal of larger Phase II and Phase III clinical trials. With emergency approval, the Oxford University researchers believe they could have a few million doses of the vaccine available by September if it is proven effective.

Pfizer and Germany’s BioNTech are also collaborating on an mRNA vaccine against COVID-19.

Initially, the most optimistic timeline for a vaccine was 12 to 18 months, with, generally speaking, that clock starting in January 2020. Both Moderna and Oxford University, as well as BioNTech, are at the forefront because foundational work on vaccines for coronaviruses and other viruses was already being conducted.

For example, The Jenner Institute tested a vaccine for an earlier coronavirus last year, showing it was not harmful to humans. Their vaccine has been tested in six rhesus macaque monkeys at the National Institutes of Health’s Rocky Mountain Laboratory in Montana, that were then exposed to large volumes of the virus causing COVID-19. More than 28 days later, all six were still healthy.

Jenner is one of the largest academic centers focused on nonprofit vaccine research. It even has its own pilot manufacturing plant that can make a batch of up to 1,000 doses. And as long ago as 2014, they had developed a template for mass production of the coronavirus vaccine, if it is effective, that could provide a million doses.

Still, vaccine development can be tricky and the Moderna and BioNTech programs are using a new experimental technology that has never been used before.

In an interview yesterday with the BBC, Pascal Soriot, chief executive officer of AstraZeneca, noted that Oxford had validated their technology last year and gotten a very early start on the COVID-19 vaccine, with successful animal tests already conducted. He projected that there will be the possibility of vaccinating people by the end of this year, but that will require many things to go right in the clinical testing as well as discussions with regulators.