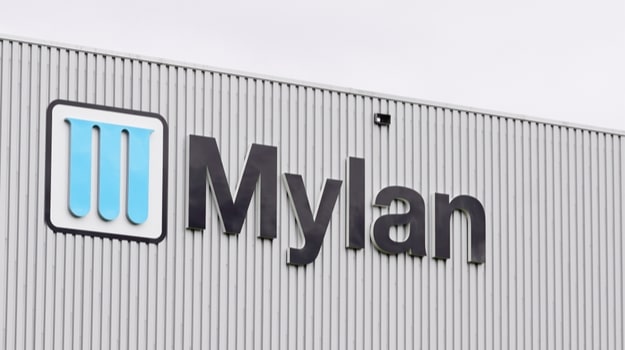 Pfizer and Mylan are less than two weeks away from finalizing the merger of the generic drugmaker with Pfizer’s Upjohn business unit. In order to complete the spinoff of the new generics giant known as Viatris Inc., the companies will be required to divest some assets in order to meet anti-competitive requirements.

The FTC imposed some conditions on the merger, including the divestment of several assets the agency deemed could be a threat to competition in the United States. In an announcement last week, the FTC said the merger of Mylan and Upjohn will reduce the number of suppliers of amlodipine besylate/atorvastatin calcium tablets, which combine a calcium channel blocker to treat hypertension with a lipid-lowering agent to treat high cholesterol; the diuretic eplerenone tablets; phenytoin chewable tablets, which are used to prevent epileptic seizures; prazosin HCl capsules, an alpha-adrenergic blocker that treats hypertension; spironolactone HCTZ tablets, a diuretic used to treat hypertension; gatifloxacin ophthalmic solution, an eye drop that treats bacterial conjunctivitis; and medroxyprogesterone acetate injectable solution, an injectable solution used to treat certain types of dysfunctional uterine bleeding.

In order for the merger to go through, the FTC ordered the companies to divest several of these drugs to Ohio-based Prasco, LLC. The divestiture will include Upjohn’s amlodipine besylate/atorvastatin calcium tablets, phenytoin chewable tablets, prazosin HCl capsules, spironolactone HCTZ tablets, gatifloxacin ophthalmic solution and medroxyprogesterone acetate injectable solution, according to a statement from the FTC. Additionally, Mylan will also be required to divest the rights to its eplerenone tablets.

Under terms set by the FTC, the generic drugs divested to Prasco will continue to be manufactured by Upjohn and Mylan’s current suppliers, reducing the risk of any interruption in supply. In some instances, the FTC said Pfizer will serve as Prasco’s contract manufacturer.

“We are focused on taking the final steps to close our transaction and look forward to unlocking the true value of our combined company for shareholders, employees, partners, patients and customers around the world. I would like to thank our current and future colleagues, as well as Pfizer’s leadership team, who have worked tirelessly to help pave the way for Viatris’ first day,” Coury said in a statement.

The companies initially announced the planned merger in July 2019 and said the combined businesses will have a pipeline valued at about $20 billion. Viatris will launch with numerous well-known products in its arsenal, including the Epi-Pen, Viagra, Lipitor, Celebrex and others. The merger ran into a delay earlier this year due to COVID-19’s impact on the regulatory review process.

Viatris will have three core goals, expanding access to medicines, leading by innovating to meet patient needs, and being a trusted partner for the healthcare community worldwide. The combined companies will have about 50 manufacturing sites across the world that will provide a significant reach into global markets. Within the fourth year of the new company, Viatris anticipates approximately $3 billion in additional revenue from new products that will be launched. Of those, about two-thirds will be complex generics drugs, biosimilars and global key brands.

The merger is expected to be finalized on Nov. 16.