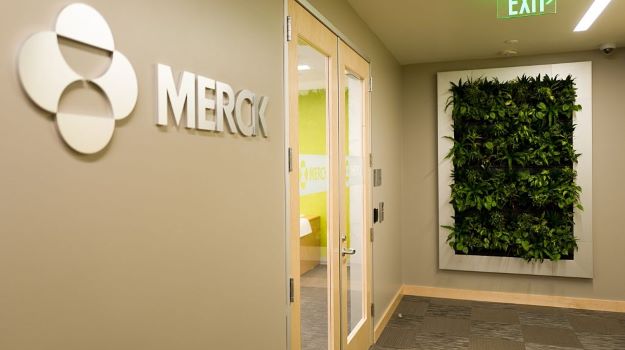 Shares of Pandion Therapeutics have soared more than 131% in premarket trading after pharma giant Merck announced it is acquiring the company for up to $1.85 billion. Merck said the acquisition adds a pipeline of drug candidates that target a broad range of autoimmune diseases.

This morning, Merck said it is acquiring Watertown, Mass.-based Pandion, which is developing novel therapeutics designed to address the unmet needs of patients living with autoimmune diseases, through a subsidiary for $60 per share in cash, a significant increase over Wednesday’s closing price of $25.63. This morning, Pandion’s stock price has skyrocketed to $59.36 after news of the deal broke.

Pandion is advancing a pipeline of precision immune modulators targeting critical immune control nodes. The company’s lead candidate, PT101, is an engineered IL-2 mutein fused to a protein backbone designed to selectively activate and expand regulatory T cells (Tregs) for the potential treatment of ulcerative colitis and other autoimmune diseases.

Tregs act as a control node within the immune system and can inhibit the activity of several different pro-inflammatory immune cell types. Defects in Tregs are associated with many autoimmune diseases. Research suggests that expansion of Tregs by low-dose IL-2 can benefit patients with autoimmune diseases.

In January, Pandion announced PT101 hit the mark in a Phase Ia study. The company said PT101 was well-tolerated and selectively expanded total regulatory T cells. PT101 is in development as a potential treatment for ulcerative colitis (UC), systemic lupus erythematosus (SLE), and other autoimmune diseases.

Dean Y. Li, president of Merck Research Laboratories, said the acquisition of Pandion builds upon Merck’s strategy to identify and secure drug candidates that have differentiated and potentially foundational characteristics.

“Pandion has applied its TALON (Therapeutic Autoimmune reguLatOry proteiN) technology to develop a robust pipeline of candidates designed to re-balance the immune response with potential applications across a wide array of autoimmune diseases,” Li said in a statement.

Pandion Chief Executive Officer Rahul Kakkar said Merck is well-positioned to bring the company’s novel approach to treating autoimmune diseases to the patients that will benefit most from them.

“We are proud that Merck has recognized our team’s innovation and drive in creating a pipeline of diverse candidates that activate natural immune regulatory mechanisms and thereby have the potential to achieve better clinical responses for patients,” Kakkar said in a statement. “Pandion grew out of our founders’ personal and scientific mission to change the way patients living with autoimmune diseases are treated. In just a few years, we have taken that mission from idea to clinical proof of mechanism with PT101, our lead IL-2 mutein.”

The transaction is expected to close in the first half of 2021.