First Therapy Approved for Marinus and Seizures Associated with CDD 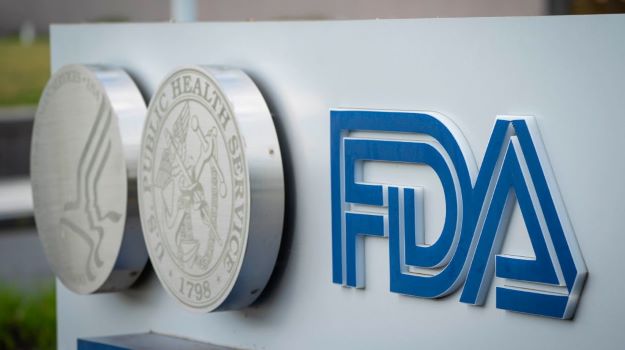 Marinus Pharmaceutical's proposed oral drug for seizures has received approval from the U.S. Food and Drug Administration, with projected market availability of July 2022. It was the first sole drug approval for the Radnor, Pennsylvania-based company.

Ztalmy (ganaxolone) is Marinus' oral suspension medication for patients ages two years and older who experience seizures linked with cyclin-dependent kinase-like 5 deficiency disorder (CDD). CDD is a rare type of genetic epilepsy caused by mutations in the CDKL5 gene that starts at a very early age, usually at around three months old, and is characterized by severe neurodevelopmental delay that impacts motor, cognitive, visual and speech functions.

Ztalmy is a neuroactive steroid that acts as a positive allosteric modulator of the GABAA receptor and can control such seizures.

"There has been a great unmet medical need for treatments that address seizures associated with CDKL5 deficiency disorder given their prominent role and profound impact on patients. To date, antiseizure treatment decisions have been based on very limited clinical evidence in this patient population and the resulting outcomes underscore the need for therapies that further improve seizure control," noted Dr. Scott Demarest, clinical director of precision medicine at Children's Hospital Colorado and principal investigator of the Marigold trial, which was the basis for the FDA's decision.

"Thanks to our research and this trial, we now have the first treatment specifically approved for seizures associated with CDKL5 deficiency disorder that was shown to have a positive benefit-risk profile," Demarest added.

The Phase III Marigold study involved 101 patients in a double-blind placebo-controlled evaluation process. At the end of the trial, patients who were given Ztalmy showed a median 30.7% reduction in 28-day major motor seizure frequency against the 6.9% who experienced the same in the placebo group.

In the open-label extension, which lasted at least 12 months, 49.6% of the participants continued to experience the benefits, with the drug further demonstrating its safety, tolerability and efficacy. Common reactions, observed in less than 5%, included pyrexia, somnolence and sedation, seasonal allergy and salivary hypersecretion.

Ztalmy, which is to be taken thrice a day, is expected to be commercially available by July 2022 in the U.S., depending on the U.S. Drug Enforcement Administration's schedule. The FDA gave its go-ahead after looking into its merits under Priority Review. With this approval, Ztalmy now has a Rare Pediatric Disease Priority Review Voucher (PRV), which the company intends to monetize immediately.

"This approval is monumental for the CDD community—bringing not only the first approved treatment option specifically for CDD patients, but renewed hope to those who have struggled to find medications that are effective in significantly reducing the number of seizures these patients experience on a daily basis," commented Karen Utley, the president and co-founder of the International Foundation for CDKL5 Research.

To make Ztalmy more readily available to many, Marinus is launching the Ztalmy One Program to provide assistance and services to patients as they obtain and use the drug. The program will also be offering financial support to patients who qualify for assistance.