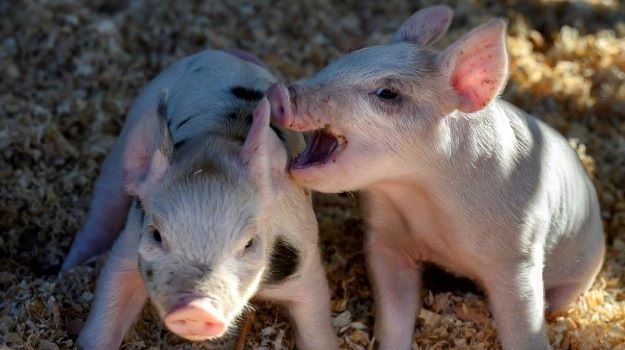 Gene editing has broken through to a new level as a Maryland man recovers from surgery in which a heart from a genetically modified pig may save his life.

The patient, Dave Bennett, agreed to the surgery as his options became increasingly clear – near certain death in the hospital room from his terminal heart failure, or risk it all with a never-before-done experimental procedure. He opted to take his chances with the pig.

Of course, this wasn’t just any swine. The pig was created by Revivicor, a company owned by United Therapeutics, explicitly gene-edited for this purpose. In December 2020, the FDA approved the genetically altered “GalSafe” pigs for food or human therapeutics. After Bennett agreed to consider the procedure, the University of Maryland Medical Center requested “compassionate use” authorization from the FDA to proceed for their patient. Emergency authorization was granted on New Year’s Eve, and the nine-hour surgery was conducted on January 7th.

Porcine organs are relatively close to their human counterparts. This particular swine had 10 genes modified before birth to make it a candidate for a heart transplant. First, scientists turned off three genes that were likely to trigger an immediate rejection of the organ from the immune system. Six human genes were added to help prevent blood coagulating in the heart, improve compatibility and further reduce rejection.

The pig was also modified to not grow as much as a hog normally would. At one year old, this pig was 240 pounds, compared to the standard male weight at that age - 450 pounds. Without adjusting this growth gene, researchers learned from experiments with transplant studies on baboons that the organ would keep growing, becoming too big for the chest cavity.

This isn’t the first organ donated from one of these specially modified pigs. Last October, with family consent, surgeons at NYU Langone Health attached a pig’s kidney to a brain-dead patient who was sustained on a ventilator. The experiment lasted for only 54 hours, during which the kidney functioned as normal. Many questions naturally remain about the long-term consequences of this type of transplant. The pig heart transplant for Bennett may help doctors begin to answer those questions.

More than 100,000 patients languish on organ transplant waitlists, but Bennett didn’t even qualify for the list due to missed medical appointments and not taking his prescription meds. Organ transplant requires lifelong adherence to a regimen designed to prevent organ rejection. An artificial heart pump wouldn’t do for him either because of an uncontrollable arrhythmia.

So far, Bennett has survived three days with the pig’s heart beating in his chest. He’s off the ventilator, breathing on his own, but remains on an ECMO machine that does half the work of pumping blood through the body. Doctors are slowly weaning him off under observation.

Bennett is the first to try this type of xenotransplant and is taking an experimental immunosuppressive medication. Developed for baboons, it seems essential for long-term success with the transplanted organ. This will be the first time trying the humanized version in a person.

Bennett’s medical team is excited to see the future doors this could open if he continues to do well. At this point, they believe it will be successful and that Bennett will be able to live indefinitely with his new heart, provided he continues his medication regimen.

While Friday’s surgery gives new hope to the many patients waiting on an organ, some oppose the whole idea. PETA and other animal rights activists have condemned the surgery, calling it unethical and dangerous due to the risk of unknown virus transmission, pointing to the current COVID-19 pandemic.

“Animals aren’t toolsheds to be raided but complex, intelligent beings. It would be better for them and healthier for humans to leave them alone and seek cures using modern science,” the statement said.

Bioethicists also voiced concerns over what the hospital will do if Bennett’s immune system begins to reject the heart in the coming days and weeks. The hospital assures Bennett was fully informed of the risks and that there were no proven benefits of this type of transplant.

Revivicor is working with the FDA to bring their specialized swine on a clinical path forward, hoping to save lives like Bennett’s, those who have no other hope.