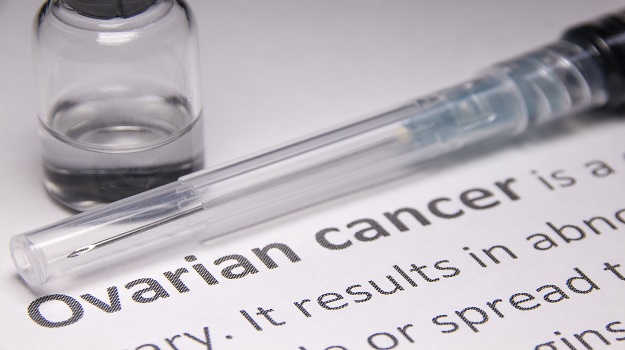 AstraZeneca and Merck’s Lynparza scored another big win in a late-stage ovarian cancer trial. For the second time in a Phase III trial, Lynparza met its endpoints as a potential first-line treatment for ovarian cancer.

When added with a standard of care treatment, the PARP inhibitor significantly reduced disease progression or death in some patients, the companies said. The Phase III PAOLA-1 trial assessed Lynparza as a companion to the standard of care treatment Bevacizumab (Genentech’s Avastin) in women with advanced ovarian cancer. The trial compared the combination of the two drugs against Avastin alone in women with or without BRCA-gene mutations as a potential first-line treatment. The combination treatment proved to be a powerhouse in the intent-to-treat population, AstraZeneca and Merck announced this morning. The combination of Lynparza and Avastin yielded a statistically-significant and clinically-meaningful improvement in progression-free survival, the companies said. Full results of the PAOLA-1 trial will be presented at a later medical conference. The companies noted that the safety and tolerability remained consistent with previous studies.

Roy Baynes, head of global clinical development and chief medical officer for Merck Research Laboratories, touted the efficacy in ovarian cancer that Lynparza continues to demonstrate in clinical trials. Baynes said treating a broader patient population of women with ovarian cancer has provided researchers with an even greater understanding of how the PARP-inhibitor can treat the disease.

“The positive results from the PAOLA-1 trial demonstrate a clear potential benefit of adding Lynparza to the standard treatment bevacizumab for women with advanced ovarian cancer,” José Baselga, AstraZeneca’s head of oncology R&D said in a statement.

With the positive results in hand, Baselga said the two companies plan on discussing the results with regulatory agencies soon in hopes of securing approval for the drug in this indication.

Last year was the first time Lynparza hit the mark in ovarian cancer in the Phase III SOLO-1 trial. Lynparza demonstrated its efficacy as a maintenance treatment for patients with newly diagnosed advanced BRCA-mutated ovarian cancer who were in complete or partial response following 1st-line standard platinum-based chemotherapy. That study showed Lynparza cut the risk of disease progression or death by 70%. At 36 months, 60% of the women who received Lynparza remained progression-free compared to 27% for placebo. Following the results of that study, Lynparza won approval for this indication in December from the U.S. Food and Drug Administration.

At the American Society of Clinical Oncology meeting earlier this year, AstraZeneca and Merck presented data from the Phase III SOLO3 study in germline BRCA-mutated platinum-sensitive relapsed ovarian cancer. Results from the SOLO-3 trial showed BRCAm advanced ovarian cancer patients treated with Lynparza demonstrated a statistically significant and clinically meaningful improvement in objective response rate and progression-free survival compared to chemotherapy. The data highlights Lynparza’s clinical benefit regardless of line of treatment for women with BRCAm advanced ovarian cancer and the importance of knowing BRCA status at diagnosis, the companies said at ASCO.