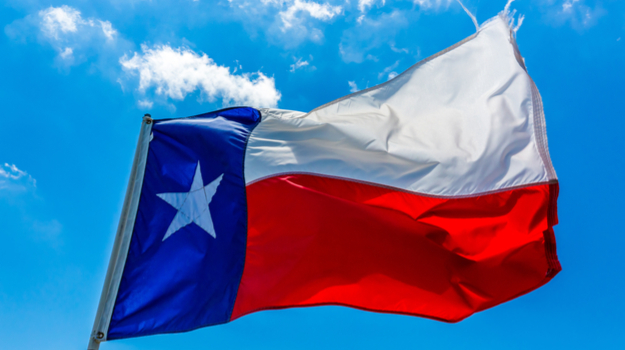 Over the past several years, The Lone Star State has been growing in significance as a life sciences hub. Now known as the Lone Star Bio Hotbed, Texas is home to multiple biopharma companies such as FUJIFILM, BioBridge Global, Luminex, Vaxxinity, Veravas, Cassava Sciences and others.

For many years, state leaders in Texas have flexed the muscles of their respective offices to recruit biotech and pharma companies, as well as other tech companies. Last year, Tesla completed its move to its new headquarters in Austin. Two years ago, healthcare giant McKesson Corp. announced plans to move its headquarters to Las Colinas, Texas. The company said the move will allow it to expand its presence in the Dallas area. McKesson’s Las Colinas campus has been a key hub for the company. Also, two years ago, Core-Mark Holding Co. announced plans to leave San Francisco for Dallas.

Texas is a vast state with micro-ecosystems situated around some of its most prominent cities, particularly Houston and Dallas, which last year saw the opening of shared lab network BioLabs, as well as Austin and San Antonio, the home of VelocityTx’s new life sciences innovation center, which has been slated to become an “anchor for a larger innovation district” in the city.

Some of the areas in between these cities are vying for recognition as up-and-coming microhubs as well, particularly along the Texas Innovation Corridor, located between Austin and San Antonio along Interstate-35.

“We want to see opportunity here,” Jason Giulietti, president of the Greater San Marcos Partnership told BioSpace. He explained that the partnership aims to promote the region between the two cities as a viable hub for companies that need new space in order to stretch their legs.

“Austin is popping in so many ways and San Antonio is popping as well. The two cities are converging on one another. We’re experiencing the same level of growth through the I-35 corridor," Giulietti said.

The Hays County region that lies between the two anchor cities is the fastest growing county in Texas and one of the fastest-growing counties in the nation. In addition to the two thriving cities, which each have their own life sciences ecosystem, the Innovation Corridor is anchored by Texas State University, the fourth-largest university in the state.

Texas State is home to the Science, Technology, and Advanced Research (STAR) Park, which serves to expedite research and commercial development of promising technologies and contribute to the growing life sciences ecosystem. Within STAR Park is STAR One, a technology startup incubator that provides space for new companies in the area. One company that has called STAR One home is Varian Medical Systems, a startup that has undertaken product integration studies involving microspheres used in drug delivery.

Additionally, the university offers the Nutritional Biomedicine and Biotechnology Laboratory, which conducts research related to the role a whole foods diet can play in preventing disease.

All along the corridor, Giulietti said multiple companies are setting up shops to take advantage of the available space, as well as the nearby research facilities at Texas State University. Companies that have recently made the move to the corridor include Iron Ox, an artificial intelligence-enabled and robotics-based agriculture producer, as well as cannabis company Parallel, which broke ground on a $25 million cultivation, processing and manufacturing retail facility. Giulietti noted that in Texas, there are three licensed cannabis companies that are allowed to grow and produce their crops on a large scale and the Texas Innovation Corridor is now home to one of them.

Operating under the mantra of “if you build it they will come,” Giulietti said some speculative buildings have already been constructed in order to woo companies looking to relocate. Along the I-35 corridor, he said there are several million square feet of speculative space that has already been built. That’s proven to be popular as some businesses have been busy staking their claim on the existing inventory of space as quickly as it becomes available, he said.

Giulietti noted that the region currently has a broad range of company types from across the life sciences spectrum, but added that there is room for many businesses to lay roots in the region. Local leaders along the corridor are using their powers to provide incentives for new businesses and Giulietti noted that economic developers are also working with the broader state powers to woo potential companies.

Building a strong ecosystem along the I-35 corridor will benefit the region economically, as well as allow many of the graduating university students to remain at home. He noted that people coming out of the university want to ensure they can find employment within the region without having to relocate. In hopes of continuing the retention of talent, Giulietti said the partnership is engaged in regular communication with the president of the university to understand the needs of the students who are preparing for life after college.

“We want strong, high-paying jobs in our region,” he said.

As Austin and San Antonio continue to grow, Giulietti said there are some startups who may not want to compete for space within the cities and instead, look outside the corporate limits of the towns. He noted that the cost of real estate is much more affordable than within the cities. The dollar can be stretched farther in the Innovation Corridor and people are attracted to the amenities within the area, he said.

“There’s a great quality of life around here that people fall in love with."