Live Forever or Die Trying: The Latest Research on Anti-Aging 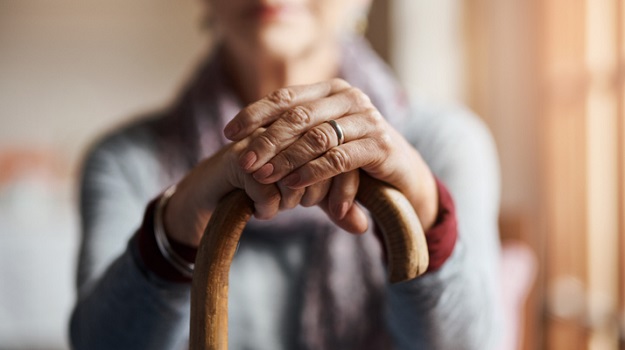 With any luck, we all grow older, but that doesn’t mean everyone’s happy about the many diseases and ailments that come with aging. There is always a fair amount of interest in the scientific community and biopharma in anti-aging potential treatments, with an almost cyclical round of investment into the area. Here’s a look at some new research into aging.

Currently, science is capable of producing an artificial ear hair cell. However, it doesn’t differentiate into inner or outer cells with different functions.

“Our finding gives us the first clear cell switch to make one type versus the other,” lead study author Jaime Garcia-Anoveros, professor of anesthesia, neurology and neuroscience at the Northwestern Uuniversity Feinberg School of Medicine, said. “It will provide a previously unavailable tool to make an inner or outer hair cell. We have overcome a major hurdle.”

Age-related osteoporosis is caused by the accumulation of senescent osteoblastic cells in the bone microenvironment. Researchers with Shanghai Jiao Tong University School of Medicine in Shanghai, China, were able to reduce age-related bone loss in mice by inhibiting osteoblast senescence through the use of bone morphogenetic protein 9 (BMP9). This multifunctional protein is produced in the liver and improves osteoporosis caused by decreased estrogen levels. Until this study, why this happened wasn’t well understood.

They found that BMP9 decreases the expression of senescent genes in the bone microenvironment, which was accompanied by a drop in senescence-associated secretory phenotypes (SASPs), including Ccl5, Mmp9, Hmgb1, Nfkb1 and Vcam1. BMP9 activated Smad1, which suppressed the transcriptional activity of Stat1, and inhibited P21 expression and SASPs production.

The authors wrote, “Our finding not only provides theoretical support for anti-aging treatment on osteoporosis but also enriches the therapeutic value of BMP9 as translational medicine in the future.”

Moringa Plants May Have Anti-Aging Effects for Skincare

Many components of the moringa plant are used in some traditional medicines or as a supplement to treat a range of disorders, including anemia, arthritis, asthma, cancer, constipation, diabetes, diarrhea, seizures, and many more. The plant is native to India, Pakistan, Bangladesh and Afghanistan. Researchers with the Chinese Academy of Sciences in Wuhan, China and the University of Chinese Academy of Sciences in Beijing reported potential anti-aging components from Moringa oleifera to reduce skin aging. They analyzed the bio-active components, specifically various phytochemicals that might have potential anti-elastase, anti-collagenase and anti-hyaluronidase ligands.

The researchers stated, “In conclusion, these results suggest that the M. oleifera leaves might be a very promising natural source of anti-aging agent for skin care, which can be further explored in the cosmetics and cosmeceutical industries combating aging and skin wrinkling.”

“Occlusion analysis,” they wrote, “performed to facilitate the interpretation of the model, revealed that the model learns an age- and modality-specific pattern of brain aging. The elevated brain age gap was highly correlated with cognitive impairment and the AD biomarker. The higher ap also showed a longitudinal predictive nature across clinical categories, including cognitively unimpaired individuals who converted to a clinical-stage. However, regions generating brain age gaps were different for each diagnostic group of which the AD continuum showed similar patterns to normal aging.”