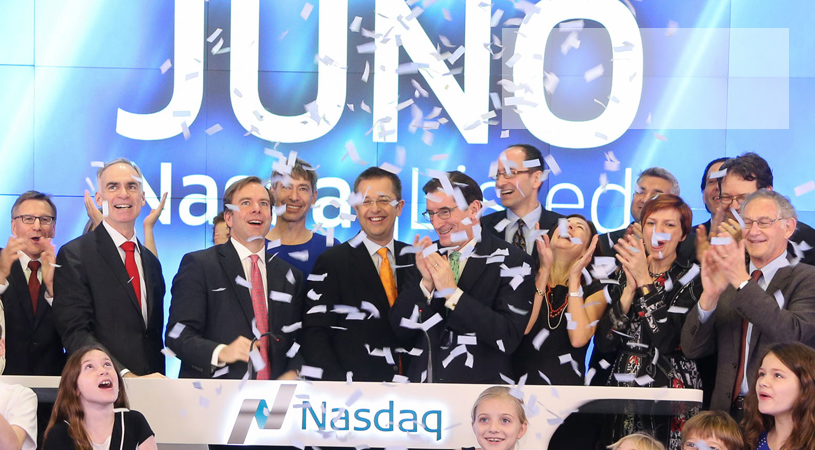 With Boston and San Francisco as leaders in biotech around the country, other cities and states are taking note and working to grow the industry in their region. So much so, that the mayor of New York City, Bill de Blasio, approached Richard Klausner, the co-founder and director of Juno , about moving to the Big Apple.

And Colorado, surprisingly, is considered an up-and-coming area for life sciences, largely because of access to an educated workforce, growing infrastructure, and support from the state.

So what did Klausner say to Mayor de Blasio? He said no. And speaking at the 2016 Governor’s Life Sciences Summit in Bellevue, Wash., Klausner told why.

He noted that de Blasio “was concerned that New York missed out on the genesis of cell therapies, and is interested in establishing an industry presence in the city.”

But Klausner indicated that Seattle has a rich history in cell therapy research and innovation. The company spun out of the Fred Hutchinson Cancer Research Center, for example. “In the state of Washington, in Seattle,” Klauser said at the Summit, “there is this really interesting, unique tradition. I think this really does represent a new, emerging, and really extraordinary new era for life sciences.”

Despite that bit of optimism, he also noted that, “Recruiting people to Seattle is harder than it ought to be.” It just doesn’t have the reputation of Boston/Cambridge or the San Francisco Bay Area, which is something other regions have noted. Researchers and executives at life science companies like the opportunity to change companies without necessarily changing cities or states, and that makes it easier for companies in the bigger clusters to find experienced staffers.

Klausner also feels that the region could do better. “I actually think the most important thing a state can do is prioritize this, and create a sense that there’s resources, there’s interest.”

He also pointed out that in 2014, Amgen (AMGN) closed its Seattle campus, which he felt was a big mistake for the city and the state. That’s something of a familiar refrain, although sometimes with different results. April Giles, president and chief executive officer of the Colorado BioScience Association (CBSA), told BioSpace that Colorado bounced back after Amgen abandoned a site in Boulder. “For instance, AstraZeneca (AZN) purchased Amgen (AMGN)’s facility in Boulder and recently made the announcement that they also purchased the Amgen facility in Longmont. When you talk to them, they talk a lot about their ability to attract the right talent into their company as they grow their manufacturing presence here.”