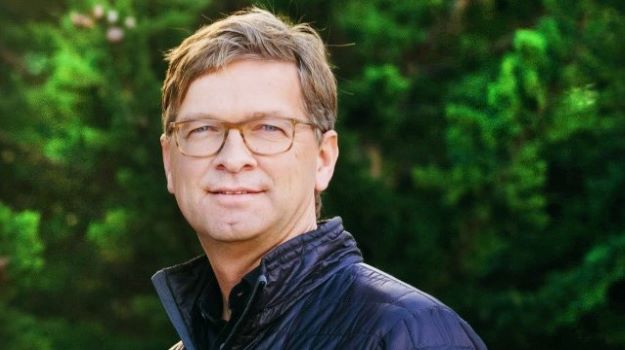 Mammoth Biosciences just announced a collaboration with Vertex to develop in vivo gene-editing therapeutics for patients with either of two serious, but not-yet-disclosed diseases. This will be the first time Mammoth’s ultra-small CRISPR systems will be used in the clinic.

These ultra-small CRISPR systems overcome many of the limitations of traditional CRISPR/Cas9 systems, starting with size. “The CRISPR systems currently used rely primarily upon Cas9. This is a relatively large protein that is delivered into the human body inside viral vectors or lipid nanoparticles, which are limited by size. Mammoth’s ultra-small CRISPR system uses Cas14 or CasΦ (phi), which are one-half to one-third the size of cas-9,” Peter Nell, Ph.D., Mammoth’s chief business officer and head of therapeutic strategy, told BioSpace.

Unlike other compact Cas proteins, CasΦ can cut through double-stranded DNA, making it particularly useful for CRISPR gene editing. Despite its small size, it is as functional and selective as Cas9 but less restrictive. It can be used in bacteria, animal and plant cells. CasΦ was discovered recently in bacteriophages by Mammoth Biosciences’ co-founder and Nobel Laureate Professor Jennifer Doudna and colleagues at the University of California, Berkeley. It has been licensed by Mammoth.

These novel, compact enzymes also offer greater temperature stability, faster reactions, high fidelity and more flexible targeting capabilities, which suggests the possibility of additional delivery options. As such, they have the potential to deliver a more impactful gene-editing system that may find potential applications in a broad range of genetic diseases.

The collaboration between Mammoth Biosciences and Vertex aims to apply Mammoth’s ultra-small CRISPR systems directly to cells in the body. This means that, rather than extracting cells, manipulating them and returning them to patients, the therapeutics resulting from this collaboration “will be applied systemically,” Nell said. “They will go directly into the body, targeting the organ, and making the edits in the cells.” No conditioning, therefore, will be required. “Our goal is a cure within the patient, like how a medicine is delivered today.”

To do this, Vertex may be an ideal collaborator for Mammoth. “Vertex already has invested in CRISPR, so it has a history with the technology. It knows what it’s doing,” Nell said. It also has translational expertise that will help any resulting therapeutics to transition from research toward the clinic.

Although the disease targets of the collaboration are proprietary, they’re not hard to guess. Vertex is known for its already commercialized therapies that address the underlying cause of cystic fibrosis, and it has programs in its pipeline for sickle cell disease, beta-thalassemia, Duchenne muscular dystrophy and Type 1 diabetes mellitus.

Regardless the ultimate target, “we believe our novel ultra-small CRISPR systems have the potential to be game-changers when it comes to systemic and targeted delivery of in vivo gene-editing therapies,” Nell said when making the announcement.

“Vertex and Mammoth share the same commitment to developing therapies that have the potential to be transformative for people with serious diseases,” Vertex CSO David Altshuler, M.D., Ph.D. said in a statement. He added that the collaboration with Mammoth provides Vertex with “another set of tools” to tackle its diseases of interest.

The Vertex collaboration brings another $41 million in upfront payments, including an investment in the form of a convertible note. It also is eligible for up to $650 million in additional payments based upon achieving prespecified research, development and commercial milestones across two potential programs. Vertex also will pay tiered royalties on future net sales for any products that may result from this collaboration.

The announcement of this collaboration came less than two months after Mammoth announced $195 million Series C and D financing, which supports its plans to develop in vivo gene editing.

Looking beyond this partnership, Nell said he envisions additional collaborations – but on a limited basis. “We want to grow our resources, generate value in-house and build out this team to build our own pipeline,” he said. Ultimately, he said Mammoth Biosciences wants to develop CRISPR solutions for both diagnostics and therapeutics.