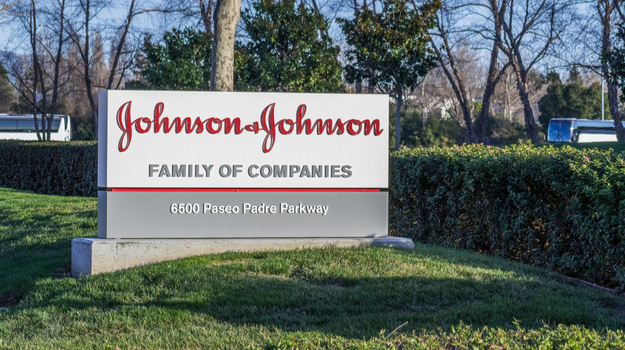 As the Democratic-led House of Representatives begins to file a number of bills aimed at lowering the cost of prescription drugs in the United States, Johnson & Johnson has joined the ranks of pharma companies that started out the new year with a price hike.

The pharma and life sciences powerhouse increased the price on about two dozen prescription medications, including branded drugs Stelara, Zytiga and Xarelto, Reuters reported this morning. Those three drugs are among J&J’s best-selling products. Stelara is used for psoriasis, Zytiga is a prostate cancer drug and Xarelto is a blood thinner. The price increases for those three drugs, as well as the others, range between 6 and 7 percent, Reuters said, citing data from Rx Savings Solutions. On average, Reuters said that the average list price increase for the two dozen drugs is 4.2 percent. But, through that complicated formula of rebates and discounts, J&J said the net price the company actually receives for its medications is expected to drop this year. The rebates and discounts are negotiated off the list price with the insurance companies in order to ensure patient access, Reuters noted.

This appears to be the only price hike that the company is planning this year, a J&J spokesperson told Reuters.

Despite the rhetoric from Capitol Hill and the White House, multiple companies started the new year with increases on prescription medications. In November, pharma giant Pfizer announced plans to raise the price of 41 drugs in January. Also increasing prices are Biogen, Amgen, GlaxoSmithKline, Sanofi, Allergan and AstraZeneca. The increases were mostly below 10 percent, although there have been some noted outliers, such as Hikma Pharmaceuticals. That company increased the price of its blood pressure drug enalaprilat by 30 percent.

J&J’s price increase, the latest of the year, was announced at the same time several leading Democrats in the House filed bills to reduce prescription drug prices. The bills, as PBS reported, would link the prices of prescription drugs sold in the United States to lower costs in other countries. Ideas proposed in the bills co-authored by Rep. Elijah Cummings, D-Maryland, and Sen. Bernie Sanders, I-Vermont, would open up generic competition to patent-protected brand-named drugs in the U.S. that are deemed “excessively priced,” PBS said. The bill established a threshold for what constitutes “excessive prices.” The cost of a drug would be deemed excessive if “its price in the U.S. is higher than the median, or midpoint, price in Canada, the United Kingdom, Germany, France and Japan,” PBS said. If branded drug companies are not willing to lower the costs deemed excessive under the language of the bill, generic manufacturers could provide more affordable versions of the medications, according to the report. Those generic drugmakers that challenge the branded drugs would have to pay royalties to the patent-holding companies, PBS said.

The bills are not likely to go too far in Congress, due to the division between the House and Senate and the fact that President Trump is not likely to sign such a plan, despite his own rhetoric about lower costs of drugs overseas. Still, as the government shutdown continues and more and more candidates eye potential runs for president in 2020, there is not likely to be any shortage of legislation attempting to address drug costs in the U.S.