Reversing Course, Pfizer to Raise the Price of 41 Drugs in January 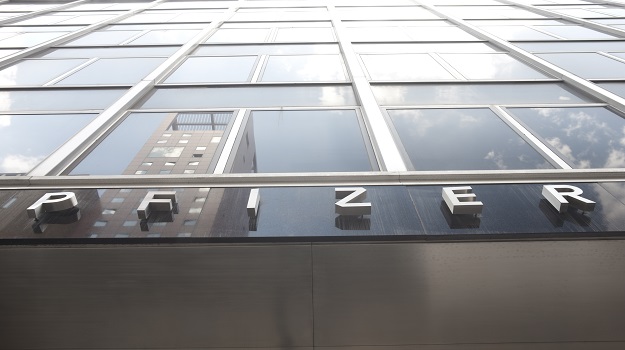 Six months after rolling back proposed price increases following a public rebuke by President Donald Trump, Pfizer will raise the price of 41 prescription drugs in January.

The pharma giant issued a statement on Friday as part of a show of transparency over pricing. The company said its pricing is guided by the value it brings patients “and an understanding of the environment in which we operate.” Starting Jan. 15, 2019, Pfizer said it will increase the list price of 41 drugs, about 10 percent of its entire catalog of approved treatments. The increase to the majority of the 41 drugs will be 5 percent. Pfizer noted that there are a few exceptions, three drugs will only see a 3 percent increase in price and one will see a 9 percent hike, the company said in a statement on its website. The drug that will see the 9 percent increase was due to the “completion of two extensive development programs that have led to the recent FDA approvals of two new medical uses that meet unmet patient needs,” the company said.

The Wall Street Journal, which first reported Pfizer’s January price hikes, said that drug companies have increased the price of 263 drugs this year. The price was raised on average by 7.8 percent.

While Pfizer is increasing the prices of those drugs, the company said the higher costs are expected to be offset by higher rebates and discounts paid to insurance companies and pharmacy benefits managers. With the higher rebates and discounts, Pfizer said it expects the healthcare system to share those across the board so patients do not experience higher costs when they pay for the drugs at the pharmacy.

Ian Read, Pfizer’s chairman and chief executive officer, said the company believes that the best means to address the affordability of medicine it so “reduce the growing out-of-pocket costs that consumers are facing” due to high deductibles and co-insurance costs. Read said the company wants to ensure that patients receive the benefit of rebates at the pharmacy counter.

In July, Pfizer had announced a price increase for 40 of its most popularly prescribed drugs by about 10 percent. It also lowered the price of a few drugs. That announcement about price hikes was met with sharp criticism from Trump, who has criticized the price of prescription drugs and has made lowering those prices a central part of his administration. In May, the White House announced a blueprint aimed at lowering costs through several initiatives like a reduction of regulations and changing incentives in the industry. That was followed by a plan to revamp Medicare and the way it pays for high-cost drugs.

Less than two weeks after Pfizer announced the 10 percent price hike, the company reversed course after Trump and Read had a meeting. Following that meeting between Read and the president, Pfizer said it would defer the price increases it announced in order to “give the president an opportunity to work on his blueprint to strengthen the healthcare system and provide more access to patients.” Pfizer said it will defer the price hikes until the end of the year or whenever the president’s pricing blueprint goes into effect – whichever was sooner.