It’s Official — Bayer AG Now Made Up of Three Divisions

The company announced the plan at its Annual Stockholders’ Meeting held in Cologne, Germany in May of this year. It had previously mentioned the restructuring component of its strategic plan in February. At that time, it was part of four strategic priorities: drive organic growth of HealthCare and CropScience; integrate Merck & Co. (MRK)’s consumer care business in the U.S. and Dihon Pharmaceutical in China; demerger MaterialScience; and align the Life Science businesses. 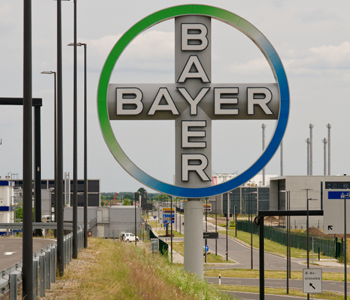 Bayer intended to get out from the MaterialScience business in order to focus on its life sciences. It spun off its MaterialScience plastic unit, which was renamed Covestro, and went public as a separate entity on Sept. 4, 2015. The MaterialScience unit had a value of approximately $11.7 billion.

The IPO for Covestro was planned to raise 2.5 billion euros in new capital, and would only offer new shares. The proceeds were expected to be used to repay loans to Bayer.

Under the newly approved restructuring, starting on Jan. 1, 2016, the three divisions will become an integrated organization under the Bayer brand. “The aim of the new organization is to provide the best-possible support to Bayer’s strategy as a leading Life Science company and to put ourselves in an even stronger position vis-à-vis our competitors,” said Marijn Dekkers, chairman of the board of management of Bayer AG in a statement. “We can achieve this by further improving our innovation strength, sharpening our customer focus and strengthening business process excellence.”

As part of this reorganization, the company’s business operations will be managed by the Board of Management. As a result, the heads of the divisions were appointed to the Board of Management. Dieter Weinand headed Pharmaceuticals, Erica Mann directed Consumer Health, and Liam Condon ran Crop Science. In addition, Hartmut Klusik will join the Board as the Labor Director and the Board member leading Human Resources, Technology and Sustainability, replacing Michael König, who chose not to continue.

The Bayer HealthCare subgroup will be eliminated and the radiology business will fall under the Pharmaceuticals Division. Consumer Health will make up the Consumer Care Division. The subgroup Bayer CropScience will change names to Crop Science Division. The Animal Health business unit will report to Liam Condon. Bayer’s Technology Services company will take on the Engineering & Technology duties. Bayer Business Services, which handles information technology and business support services, will continue as a separate legal entity.

“We are convinced that the greater integration of strategic and operational roles will take Bayer forward and we have expanded the roles of the Board of Management members accordingly,” said Werner Wenning, chairman of the supervisory board in a statement. “We wish the Board of Management in its new constellation every success. It is with regret that we say farewell to Michael König. We would like to thank him most sincerely for his valuable contribution and wish him all the best for the future.”

The company indicates that it expects jobs to stay consistent during the reorganization, both worldwide and in Germany.