Is There a Biotech Bubble Brewing in Boston? 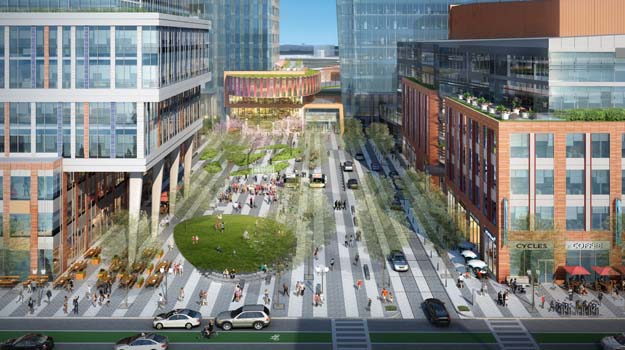 It’s no secret that billions upon billions of dollars have been invested in pharma companies as they seek to develop treatments and potential cures for a myriad of illnesses. But should investors be concerned about the amount of money being pumped into these companies – despite many of them having no revenue?

Jason Pontin, a senior partner at noted pharma investment firm Flagship Pioneering, raised a warning flag in a recent column in The Boston Globe. Pontin took a broad look at the amount of money particularly being invested in Boston-based life science companies and noted that people should be mindful of a potential bubble that could burst. While Pontin said it’s unclear if the pharma industry is truly in the midst of a bubble, he noted there may be some similarities to the days and weeks that led up to the bursting of the dot-com bubble about 15 years ago.

“Our current era, with its mostly effervescent stock market and astonishingly valued startups, might seem comparable to the dot-com bubble,” he wrote.

Looking at Boston specifically, Pontin said investors have poured billions of dollars into biotech unicorn Intarcia Therapeutics, Inc., which is developing an implantable pump for diabetes patients. Last year the U.S Food and Drug Administration rejected the company’s implanted diabetic pump ITCA 650 over manufacturing concerns. In February the company cut 60 employees as part of a restructuring. Pontin also pointed to Moderna Therapeutics, Inc., which is a messenger RNA treatment for the life-threatening rare liver disease, methylmalonic academia. Neither company has an approved product, yet they’ve attracted large investments, including from Pontin’s Flagship Pioneering.

Pontin also looked at a number of companies that have become publicly traded despite reporting no revenues. In his piece, he singled out Boston area companies Rhythm, Waltham’s Kala Pharmaceuticals and Cambridge’s Aileron Therapeutics, which raised $125 million, $90 million, and $50 million respectively last year in IPOs. But, Pontin was quick to point out that many life science companies must go public if they intend to raise enough money to advance their treatments through the clinic and into commercialization.

“Inventing a marketable new drug can take a decade and as much as $2.5 billion, which most investment firms cannot sustain,” he said.

While some companies could be over-invested, Pontin said there are differences between what is going on in the life science industry and the dot-coms of the late 90s and early 2000s. Life science companies are focused on the development of treatments that will help patients, while the dot-coms “were mostly creating online versions of existing businesses.”

While it is difficult to determine if there is a life science bubble, Pontin said investors should practice a few simple rules: Don’t risk more than you can bear to lose and pay down debt. Those rules are important, he said. Although investors may not be able to avoid a bursting bubble, he said those things can be done to mitigate losses.