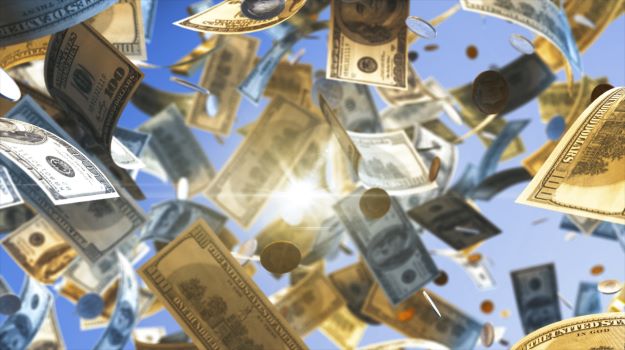 Preventing sickness before it occurs. That’s the approach of Cambrian Biopharma as the company looks to tackle the biological drivers of aging to prevent age-related diseases and increase healthy lifespans. The biotech announced an oversubscribed $100 million Series C, its largest raise to date.

Focusing on such a massive, multi-faceted goal is too big for one company. That’s why Cambrian takes the wheel-and-spoke approach, operating as a Distributed Development Company, or the fever-inducing abbreviation DisCo. The design allows bridging the gap between academia and drug development to combine the advantages of big pharma with the agility of a biotech startup. This approach is similar to successful life science guru Vivek Ramaswamy’s Roivant Sciences with its multiple “Vant” subsidiary biotechs.

At the moment, Cambrian has 14 therapeutics in development across its 12 partner companies. Programs include molecular alteration, cellular dysfunction, and tissue degeneration programs with two leads and three candidates. The funds raised this week will support the advancement and expansion of the pipeline, with clinical trials for three or more programs anticipated to launch in the next 18 months.

Meanwhile, the concept of printing a tangible item customized to your exact specifications has become a reality with the introduction of household 3D printers. DNA Script is taking that idea into our biology, printing custom DNA on demand, from any lab.

With $165 million in fresh funding from a Series C financing round, the company will accelerate the commercialization of its revolutionary SYNTAX platform and expand its portfolio of Enzymatic DNA Synthesis, or EDS-powered products. Its SYNTAX System brings the power of in-house DNA printing right to a company’s lab, allowing them to bypass third-party DNA service providers and avoid toxic organic chemicals. With a setup time of just 15 minutes, it’s ready to roll and accelerate innovation.

“We think DNA Script has changed the landscape with SYNTAX by replacing chemical processes with a plug-and-play technology that custom prints DNA on your lab bench,” said Aaron Weiner, managing director and head of Healthcare at Coatue Management, who co-led the financing round.

“We believe DNA printers have the potential to become as ubiquitous as sequencers and microscopes,” Weiner added.

DNA Script is currently partnered with GE Research to develop on-demand vaccines for the DARPA NOW project. The goal is a platform that can produce ready-to-use vaccine doses on-site in under three days in response to biothreats.

In another successful financing round, a full year after announcing its $57.6 million Series B, Cedilla Therapeutics roped in another $25 million to raise its total to $82.6 million for the Cambridge biotech. Cedilla brings a “new dimension to precision oncology” by selectively inhibiting cancerous drivers by conditionally modulating proteins with small molecules.

Currently, Cedilla TEAD (Transcriptional Enhanced Associate Domain) program is in the lead, headed toward IND studies. Inhibiting the function of TEAD is expected to be beneficial for solid tumors, certain squamous cell carcinomas, especially in those resistant to targeted therapies.

A second program is in preclinical development, which targets CDK2, a major interest target for cancers driven by high levels of Cyclin E, including half of patients with CDK4/6-resistant breast cancer. Preclinical data indicates a better safety profile compared to traditional kinase inhibitors. While the FDA has approved many Type 1 kinase inhibitors for cancer treatment due to proven efficacy, many come with off-target side effects resulting in cardiotoxicity and potential deterioration in cardiac function.

New investor RA Capital Management partner Jake Simson said, “Preclinical data generated to-date suggest that Cedilla’s lead programs may challenge historical perceptions of TEAD and CDK2 as undruggable targets and could offer patients new options that would be well-tolerated and extremely effective. In addition, Cedilla’s approach, based on a deep understanding of how the cellular context modulates protein activity, could deliver superior inhibitors against a range of other key cancer drivers.”

CASI Pharmaceuticals partner Juventas Cell Therapy is taking its interests to China. Through their collaboration, Juventas, a leading cell therapy innovator in China, will pursue an NDA in China for CNCT19. This week’s $63 million Series C will pave the way through approval and commercialization.

CASI’s first and so far only approved therapy, Evomela, has been approved and commercialized in both the U.S. and China as a conditioning treatment prior to autologous stem cell transplants in multiple myeloma patients. CNCT19 is a CAR-T program targeting CD19 for hematological malignant diseases like certain leukemias and lymphomas. CASI acquired the worldwide rights to the drug from Juventas in 2019 with an $11.6 million investment.

While Juventas does the legwork, CASI will share global co-commercial and profit-sharing rights with Juventas. Juventas also has a CD19/CD20 CAR-T candidate in pre-IND development for non-Hodgkin lymphoma.