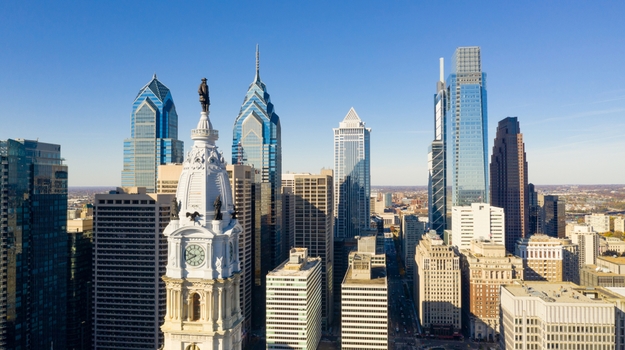 Pennsylvania-based Integral Molecular continues to grow due to the strength of its antibody discovery partnerships and its internal therapeutic antibody pipeline. In support of that growth, the company recently expanded its research facility in Philadelphia.

The company’s new laboratory space houses specialized equipment including high-throughput robotics and microfluidic biosensors to support the isolation of therapeutic antibodies for which the company has become known. The new space more than doubles its footprint in Philadelphia's uCity Square. University City Science Center. And, Benjamin Doranz, president of Integral Molecular, told BioSpace in an exclusive interview that the company has doubled its headcount to about 60 employees and doubled its square-footage in the city with the 26,000 square-foot facility. Doranz said the growth has been fueled by the antibody discovery platform and the associated partnerships it’s forged as a result, but added that it’s not something that they “make a big deal” of internally.

Integral Molecular has become an industry leader in membrane protein solutions, with a pipeline of therapeutic antibodies against GPCRs, ion channels, transporters, and immuno-oncology targets. In a statement made at the opening of the new site, Doranz said the company’s technologies have been recognized as having an “unprecedented success rate of over 95%, generating antibodies against the most difficult targets.” Speaking to BioSpace, Doranz said the company is known for its work, but he hopes to see Integral Molecular become more well known within the industry.

“We’ve been under the radar for a while but that’s starting to change,” Doranz said.

Part of that change is reflected in the partnerships the company has been able to forge with the likes of Merus N.V., Ono Pharmaceutical, and Daiichi Sankyo. Each of these companies are leveraging Integral’s MPS Antibody Discovery Platform to develop and obtain antibodies for a number of hard-to-treat diseases.

While those partnerships have been announced, there are a number of other relationships Integral Molecular has with other companies that have not been made public, Doranz added.

It’s the success of those partnerships that will likely continue to fuel growth at Integral Molecular, as well as a few other business deals. Doranz said the company has been licensing some of its internal assets, which are in development as potential treatments for cancer, autoimmunity, pain and metabolic diseases.

For the past 18 years, since the company was founded in 2001, Doranz said they have been studying membrane protein targets. Many of the targets they are focusing on have no developed drug on the market. That’s what the company hopes to change, on its own or through partnerships, Doranz said.

One of those assets Doranz was so excited about is the company’s claudin-6-targeting molecule for cancer treatments. Claudin-6, Doranz explained, is highly expressed on solid tumors, such as breast cancer, which makes it a great target. He added that Claudin-6 is not expressed on normal tissues. However, the problem with targeting Claudin-6 is that it is “almost identical” to other Claudin proteins in the body.

“That’s what makes it so tricky,” he said.

Integral Molecular though has developed an antibody that is highly specific and will not react with other Claudin family members. That reduces toxicity concerns and could become a game-changer in treating different cancers, he said.

“We have 100 times more specificity than any antibody out there.” Doranz proudly said.

Another asset in development at Integral Molecular is the company’s state-specific antibodies targeting SLC2A4 (GLUT4), a complex glucose transporter. The antibodies, which were generated by Integral’s MPS Antibody Discovery platform, are considered unique reagents used to study glucose uptake in response to insulin. In June, Integral released data that provided additional validation that showed its platform was optimized to discover high value antibodies for transporters, GPCRs, and other complex membrane proteins.