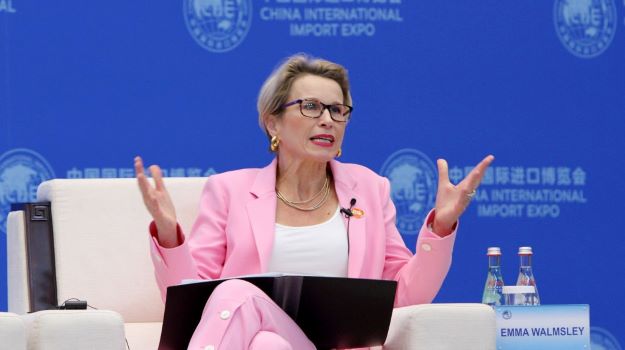 GlaxoSmithKline closed out 2021 with £36 billion in revenue (about $46 billion), a strong financial position as the company heads into the demerger of its pharmaceutical and consumer healthcare businesses later this year.

As GSK moves into the new year, Chief Executive Officer Emma Walmsley predicted 2022 will be a “landmark year” for the company. The next 11 months of the year are expected to bring a step-change in growth with multiple R&D catalysts, as well as milestones on seven key late-stage pipeline assets.

In its fourth-quarter and year-end report, GSK noted that sales were driven by its pharmaceutical business, which generated £17.7 (about $23.95) billion, and its vaccines business, which contributed another £6.8 (about $9.25) billion. The consumer healthcare business generated an additional £9.6 billion, about $12.99 billion. Walmsley touted the year-end results, saying they lined up with the company’s strategic priorities as it moves closer to the demerger of businesses.

“2021 was a year of excellent progress across all three arms of our strategic priorities,” Walmsley said during a call with analysts and reporters.

One drug that boosted sales in the fourth quarter, and is pegged to hit blockbuster status this year is the monoclonal antibody sotrovimab, which received Emergency Use Authorization from the U.S. Food and Drug Administration in May. Marketed under the brand name Xevudy, GSK pegged the drug to hit about £1.4 billion in sales for 2022. Xevudy, which was co-developed with Vir Biotechnology, is the only monoclonal antibody that remains in use in the U.S. due to the rise of the Omicron variant, which diminished the efficacy of the other monoclonal antibodies in use.

Two drugs that boosted financial sales this year by surpassing the blockbuster status of $1 billion in annual revenue were Trelegy and Nucala. Trelegy generated £1.2 billion and Nucala brought in £1.14 billion. Chief Commercial Officer Luke Miels touted the successes of these drugs, as well as Xevudy.

Other highlights for GSK in 2021 include the FDA approval of Apretude (cabotegavir), a long-acting injectable pre-exposure prophylactic (PrEP) option to reduce the risk of sexually acquired HIV-1. Apretude was co-developed with ViiV Healthcare and greenlit for use in December. Another key approval in 2021 was the oncology drug Jemperli. The FDA approved Jemperli, a checkpoint inhibitor, in April for endometrial cancer. Jemperli is one of the few anti-PD1 drugs approved for this indication.

As the company moves into the new year and closer to the demerger, GSK intends to build on these milestones.  “2022 is the biggest change in GSK’s recent corporate history,” Walmsley said. “We’re now in full countdown mode to the demerger.”

Looking into the future, the company touts a strong pipeline of 21 vaccines and 43 medicines, many offering potential best or first-in-class opportunities for patients. Of those, 22 are in pivotal clinical trials. The company anticipates seeking regulatory approval of daprodustat in anemia due to chronic kidney disease in the U.S. and European Union in the first half of 2022. Milestones are expected on about seven of the 11 new vaccines GSK is developing, including a vaccine for older adults with RSV.

In June, Walmsley outlined the projected de-merger of the two GSK businesses. She predicted the standalone pharma business will have projected revenue of about $46 billion by 2031 and consistent growth of more than 10% operating profit over the next five years. New GSK is expected to be a growth company fueled by the development of new vaccines and specialty medicines. The pharmaceutical business will focus on four core therapeutic areas: Infectious Diseases, HIV, Oncology and Immunology/Respiratory.

When the pharmaceutical business becomes a standalone entity, the company is expecting 2022 sales growth of 5% to 7% and operating profit of between 12% and 14%.

Walmsley said she intends to set out the future growth ambitions and highly attractive financial profile of the consumer healthcare business at the company’s capital market events later this month.