10 Drugs Expected to Enter the Market This Year Could be Blockbusters, Analysis Says 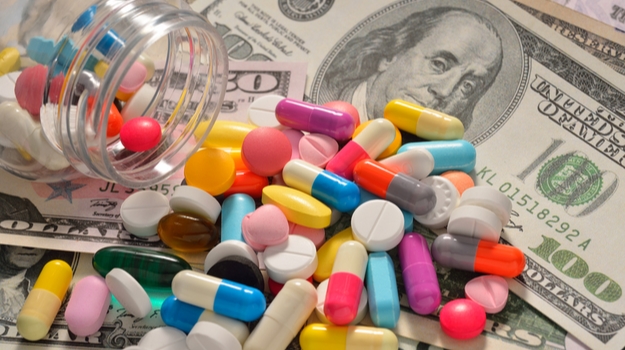 Over the next six years, 10 drugs that are in the pre-registration phase and expected to launch this year are projected to reach blockbuster status.

GlobalData, a leading data and analytics company, pegged the 10 drugs to hit sales of $1 billion and more per year. The bulk of the treatments that are coming to market are in oncology and disorders of the central nervous system. While most of the medications are considered innovator drugs, that is the first drugs of its kind with a specific active ingredient, at least one is a biosimilar.

The drug expected to have the biggest sales number is Amgen and Allergan’s biosimilar candidate to Roche’s Rituxan (rituximab). According to GlobalData, the biosimilar, ABP 798, is projected to generate $4 billion in revenue by 2025. Roche’s Rituxan, which is sold under the brand name MabThera in Europe, has been approved to treat non-Hodgkin’s Lymphoma (NHL), chronic lymphocytic leukemia (CLL), rheumatoid arthritis (RA), granulomatosis with polyangiitis (GPA) & microscopic polyangiitis (MPA), and pemphigus vulgaris (PV). It brought in more than $9 billion in 2018. In December 2019, Allergan and Amgen submitted a Biologics License Application (BLA) to the U.S. Food and Drug Administration for its biosimilar. Clinical trials confirmed no clinically meaningful differences between ABP 798 and Rituxan, the companies said when they submitted the BLA.

Valentina Gburcik, senior director of Cardiovascular and Metabolic Diseases and Gender Health and Digital at GlobalData said the competitive pricing of the biosimilar drug will “help its wider use, and the drug will steal a significant proportion of patient share from the mega-blockbuster Rituxan.”

ABP 798 is projected to generate the most revenue out of these 10 drugs. The remaining blockbusters GlobalData predict will become blockbusters are projected to bring in between $1 billion and $2 billion over the next six years.

Bristol Myers Squibb’s ozanimod is expected to generate about $2 billion. Ozanimod has been submitted to the U.S. Food and Drug Administration as a potential treatment of people with relapsing forms of multiple sclerosis. The regulatory agency is expected to make a decision on the medication later this month.

Roche’s risdiplam is set to become the third approved treatment for spinal muscular atrophy. The FDA is expected to make a decision on the drug in May. If the drug is approved, Roche has already stated it will attempt to undercut the price of the other two SMA drugs on the market, Spinraza and Zolgensma, in order to gain traction with patients. GlobalData has pegged annual sales of risdiplam at about $1.5 billion.

BioMarin’s Valoctocogene roxaparvovec (valrox) is a gene therapy treatment for Hemophilia A. The FDA accepted the company’s BLA for valrox in February for priority review. The FDA is expected to make a decision by Aug. 21. If it’s approved, valrox will be the first gene therapy approved for any type of hemophilia. GlobalData has pegged annual sales of valrox, a potential one-and-done treatment, at about $1.25 billion.

Immunomedics lead product is sacituzumab govitecan for metastatic triple-negative breast cancer. The FDA accepted the company’s filing in December and will rule on the medication later in June. GlobalData predicts annual sales of the drug to be about $1 billion if it is approved.

Biohaven’s NURTEC-ODT for migraine could generate $1 billion, GlobalData said. NURTEC-ODT, approved earlier this year, is an orally dissolving tablet for the acute treatment of migraine.

In December, Gilead Sciences submitted an NDA for filgotinib, a potential treatment for rheumatoid arthritis. The drug was submitted under priority review. If approved, GlobalData suggests the medication will bring in about $1 billion annually.

Zogenix could see FDA approval for Fintepla in June. The FDA recently extended the PDUFA date by three months to June 25. Fintepla is being assessed as a treatment for seizures associated with Dravet syndrome. If approved, it could generate $1 billion in annual sales, GlobalData said.

At number 10 on the list, Bristol Myers Squibb’s lisocabtagene maraleucel (liso-cel) is a CAR-T cell therapy for the treatment of adult patients with relapsed or refractory (R/R) large B-cell lymphoma. If approved, the treatment is expected to bring in about $1 billion annually, according to the analysts.