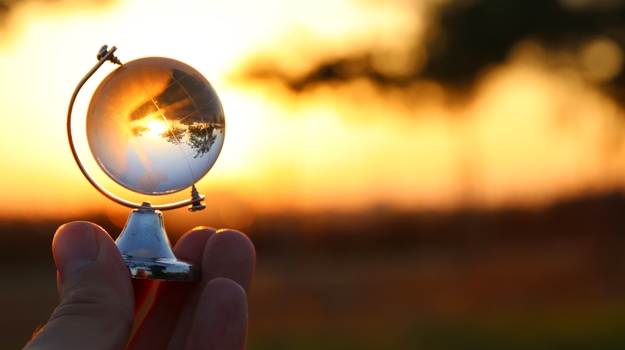 Denmark’s AGC Biologics, a biopharmaceutical Contract Development and Manufacturing Organization, broke ground on its new facility in Copenhagen. The new site is expected to allow the company to increase its capacity and space to accommodate new and existing clients’ needs.

“We are excited to announce the groundbreaking of the new facility,” AGC Biologics’ chief executive officer Patricio Massera said in a statement. “We are fully committed to understand and meet our customers’ needs, as we continuously seek to provide new capacity and new services.”

The expansion will allow AGC Biologics to generate around 250-300 new workplaces in Denmark. The production will be based on genetically modified organisms, biosafety level 1, manufactured with single-use technology in clean rooms.

Astellas Pharma – Japan’s Astellas announced the European Commission has approved Evrenzo (roxadustat) for the treatment of adult patients with symptomatic anemia associated with chronic kidney disease (CKD). Roxadustat is the first orally administered HIF-PH inhibitor available in the European Union. As a HIF-PH inhibitor, roxadustat activates the body’s natural response to reduced oxygen levels in the blood. This response involves the regulation of multiple, coordinated processes that allow management of anemia with a reduced use of intravenous iron. Approval in the EU was based on a comprehensive pivotal Phase III study that involved 9,600 patients worldwide. Study data showed roxadustat was efficacious in achieving and maintaining target hemoglobin levels in patients with symptomatic anemia of CKD regardless of dialysis status and irrespective of prior ESA treatment.

RDIF – A University of Oxford study demonstrated the efficacy of adenoviral vaccines, such as Russia’s Sputnik V or the AstraZeneca vaccine, lasts longer against Delta variant of coronavirus as compared to the mRNA vaccine developed by Pfizer and BioNTech. The study found that the efficacy of the Pfizer-BioNTech mRNA vaccine against symptomatic coronavirus infection reduced almost twofold after four months. According to the study, a Pfizer-BioNTech shot was more effective at first, but its efficacy was roughly the same as adenoviral vector-based AstraZeneca’s jab four to five months after administering the second dose. Russia-developed Sputnik V based on adenovirus platform vaccine demonstrates 83.1% efficacy against infection with Delta variant and 94.4% against hospitalization as confirmed by the Russian Ministry of Health, the government health agency said.

University of Birmingham – Scientists from the U.K. university have found a new target and strategy for anti-thrombotic therapy. The target provides a new perspective on how blood clotting works in infectious and inflammatory diseases. The research findings suggest a novel mechanism for platelet activation involving binding protein S100 A8/A9 to the GPIbα platelet receptor, which has not previously been described as a target for anti-coagulant therapies. S100A8/A9 is expressed in white blood cells (neutrophils) and is a Danger Associated Molecular Pattern (DAMP), comprising a diverse family of molecules that initiate an inflammatory response during illness or disease, the researchers said. The findings showed that while recombinant S100 A8/A9 does not induce platelet aggregation, it does induce fibrin generation in whole blood.

Amarin Corporation – Ireland’s Amarin Corporation announced will present new data regarding Vascepa in patients with prior heart attack, known as myocardial infarction (MI), at risk for major adverse cardiovascular events. The data, presented at the European Society of Cardiology, will demonstrate that Vascepa in patients who have had previous heart attacks and are at-risk for another cardiovascular event, will help de-risk that group from another event. The research shows treatment significantly reduces “first and total primary endpoints of 5-point major adverse cardiovascular event (MACE), comprised of CV death, MI, stroke, coronary revascularization, and hospitalization for unstable angina by 26% and 35%, respectively.”

Sensyne Health – U.K.-based Sensyne Health plc entered into a collaboration with Sentara Healthcare, a leading health care system serving patients in Virginia and northeastern North Carolina. As part of a collaboration agreement, Sentara also becomes the first of several U.S. health systems that will partner with Sensyne to implement new clinical algorithms to support patients with CKD and CHF.

BioGenes – Germany-based BioGenes GmbH and FyoniBio signed a collaboration agreement to cooperate on pharmacokinetic immunogenicity analyses. The collaboration covers a broad range of services, from antibody development to the analysis of clinical samples.

Todos Medical – Israel’s Todos Medical announced its Provista Diagnostics lab has entered into a reference lab agreement to provide cPass neutralizing antibody blood testing services to Meadowlands Diagnostics. Reference lab agreements enable the movement of specimens between labs in order to perform specialized testing that the ordering lab doesn’t have the ability to run in-house. The cPass ELISA blood test has received Emergency Use Authorization from the FDA for the detection of neutralizing antibodies that will allow healthcare professionals and patients to monitor key biomarkers of COVID-19 immunity.

HMNC Brain Health – Based in Germany, HMNC Brain Health is advancing development of an investigational oral prolonged- release formulation of ketamine targeting treatment-resistant depression (TRD). A Phase II study is expected to begin in the fourth quarter of 2021. HMNC and Swiss-based Develco Pharma have created a joint venture and formed the company Ketabon, which will initiate a CRO-led proof-of-concept study. The study will be managed by SCOPE, an internationally renowned CRO headquartered in Germany. Data from the Ketabon project trial is likely to be reported in the first quarter of 2023.

Affibody AB – Sweden’s Affibody and its partner Inmagene Biopharmaceuticals announced the first patients in its ASPIRE Phase II study assessing izokibep for the treatment of Ankylosing Spondylitis (AS) has been dosed.