Global Governments Snap Up COVID-19 Vaccines Well Ahead of Approval 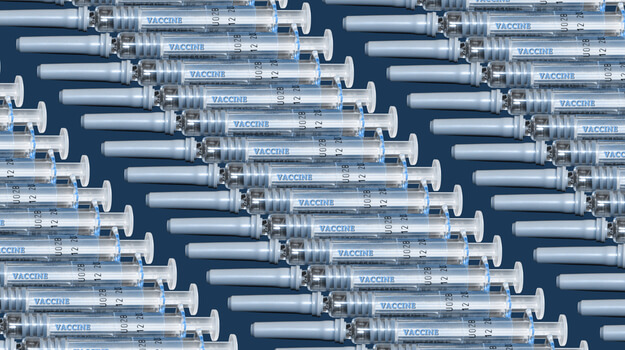 Governments across the globe have flexed their financial muscles to secure promises of as many doses of COVID-19 vaccines as possible when they become available.

Long before Pfizer and BioNTech and Moderna filed for Emergency Use Authorization with the U.S. Food and Drug Administration (FDA) and other regulatory bodies, both companies were busy striking deals for allotments of vaccine doses. In July, Pfizer and BioNTech inked a $1.95 billion deal with the U.S. government to secure 100 million doses of the company’s vaccine candidate, which at the time was still in clinical trials. The government had an option to acquire up to 500 million more doses. Many of those doses are set to be delivered following a regulatory review of the trial data next week. If the vaccine receives a favorable review, which is highly likely, the FDA could green light authorization and those doses could begin to be delivered within 24 hours.

The companies also inked a deal with the United Kingdom in July. Those doses have already begun to be distributed after the health administration in that nation authorized the use of the vaccine. Last month, the two companies inked a deal with the European Union for 200 million doses with an option for an additional 100 million doses. Deliveries are anticipated to start by the end of 2020, subject to regulatory authorization.

Moderna, which struck a deal with Israel this morning, along with AstraZeneca, Johnson & Johnson, Novavax and Sanofi have all been busy striking deals with government agencies to deliver vaccine doses upon approval. Last month, BioSpace highlighted a number of agreements that have been reached between different governments and companies. Russia, which approved its own vaccine in August, has also been busy selling doses to other countries. This morning, Russia announced its latest deal with the Ministry of Health of Kazakhstan for 2 million doses of its Sputnik V vaccine.

By in large, most of the doses of vaccines that have already been spoken for are going to countries with significant resources. This morning, NPR provided a chart that highlighted where vaccine doses will go as manufacturing demands are met. The United States, European Union and India lead the pack as the nations that have secured the most vaccines to date. They also lead the way with bonus potential deals for vaccines should they be necessary. Below is a chart of the top 10 governments that have secured the highest number of doses – both confirmed purchases and options to acquire additional supplies, according to the NPR statistics