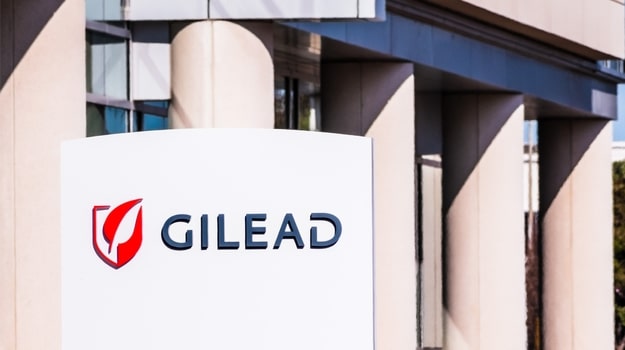 Gilead Sciences’ Veklury is far better known by its scientific name, remdesivir. At the moment, Veklury is quite profitable, although if a widespread vaccine knocks down the pandemic in the next year or so, Gilead may find itself with a drug with little or no market. The drug brought in $873 million in the third quarter, the first full quarter the drug has been on the market.

But the drug is facing a storm of controversy. On October 22, 2020, the U.S. Food and Drug Administration (FDA) granted the drug full approval for the treatment of COVID-19 patients requiring hospitalization. The antiviral drug was given emergency use authorization (EUA) in the spring. At the time of the EUA, it was really the only available treatment, but few physicians or analysts were particularly impressed with the drug’s effectiveness.

Back in April 2020, when the world was desperate for any drug that might help, Gilead reported encouraging results from its clinical trial of Veklury in COVID-19, with topline results from the Phase III SIMPLE trial evaluating 5-day and 10-day dosing in hospitalized patients with severe disease. It also reported positive data from the National Institute of Allergy and Infectious Diseases’ (NIAID) trial.

The results were promising, but not dazzling. One of the bigger takeaways was that the 5-day regimen appeared to have similar results to the 10-day regimen, which was good news because supply of the drug was limited. In terms of clinical improvement, the trial showed the time to clinical improvement for 50% of patients was 10 days in the 5-day cohort and 11 days in the 10-day cohort.

But a clinical trial by the World Health Organization (WHO) recently reported that the drug does not have any particular effect on a patient’s survival.

The WHO’s SOLIDARITY clinical trial evaluated remdesivir and three other drugs in 11,266 hospitalized COVID-19 patients and found that none of the drugs “substantially affected mortality” or decreased the need to ventilate patients, reported the Financial Times.

“These remdesivir, hydroxychloroquine, lopinavir and interferon regimens appeared to have little effect on in-hospital mortality,” the study stated. The WHO trial also demonstrated that the drugs did not affect hospital stays, which seems in contradiction to previous studies. However, WHO scientists said that was not the focus of the trial, which was designed to evaluate the impact on in-hospital mortality. The study has not yet been peer-reviewed.

In addition to the approval and profitability, Gilead has set a price of $3,120 for a course of treatment of Veklury for private insurers and $2,340 for government payers. The price was met with mixed opinions. The Institute for Clinical and Economic Review’s own estimate had been $2,800 as a fair price and said Gilead’s price was a “responsible pricing decision.” But that was based on if the drug ultimately demonstrated it significantly decreased death rates, which has not happened.

Others, such as Public Citizen, a consumer group, argue that the prices are too high given that the federal government invested $70 million in the drug and sponsored the only major trial comparing it with a placebo. $70 million is a minuscule amount of money compared to what the government’s Operation Warp Speed, the program to advance therapies and vaccines against COVID-19, has spent. Congress directed almost $10 billion toward Operation Warp Speed through supplemental funding and has appropriated other funds as well.

Gilead stated that it had already invested more than $1 billion into the Remdesivir development and expects to invest even more next year into scaling up manufacturing globally. It is also working to develop an inhaled version of the drug.

In addition, Gilead has been criticized because when Veklury was approved, it received a priority review voucher. These allow expedited review on future compounds or can be sold to other companies. Some have sold for as much as $100 million. The vouchers are awarded for products that address a public health threat or serious unmet medical need that might not be profitable to develop.

Public Citizen is continuing its protests, demanding that Gilead relinquish the voucher. Peter Maybarduk, director, Access to Medicines of Public Citizen, wrote a public letter to Gilead Sciences, calling the priority review voucher “an entirely unnecessary and inappropriate incentive given Gilead’s expected revenues. We urge Gilead to relinquish the PRV.”

In the letter, Maybarduk argues that the American government invested more than $70 million to support the drug’s development, but Gilead is charging American consumers $52 per dose, more than anywhere else in the world. Wall Street analysts, he says, project Gilead will bring in almost $1 billion in the fourth quarter on the drug and that by 2022, sales could hit $7.7 billion.

Public Citizen is also calling on Gilead to rescind its orphan drug designation and price remdesivir at $1 per dose, “a price at which independent researchers determined remdesivir can be manufactured and sold for a reasonable profit.”

As The Motley Fool and other analysts note, the biggest threat to remdesivir is the “potential for more effective therapies to take away market share.”

And, if a vaccine is approved by the end of this year, which seems likely for the Pfizer/BioNTech vaccine, the Moderna vaccine, and potentially the AstraZeneca/University of Oxford vaccine, their widespread distribution by mid-2021 would likely bring the pandemic under control and basically eliminate the market for remdesivir.

Also, other therapies, including the steroid dexamethasone, and various antibody therapies, such as Regeneron’s REGN-COV2 antibody cocktail, appear to be at least as effective, and potentially more effective, than remdesivir.

Gilead is aware of this, of course, and in its third-quarter results stated that Veklury (remdesivir) “generates revenue within a highly dynamic and complex global health environment, which continues to evolve.”