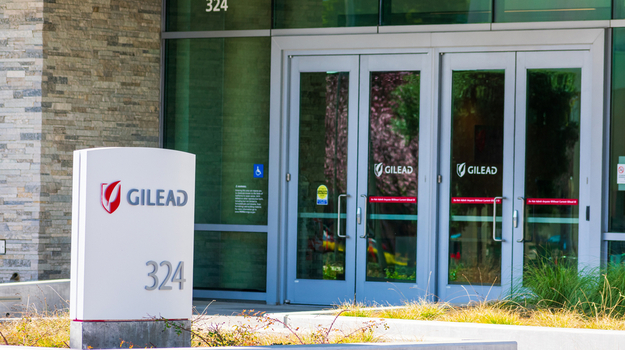 Belgium-based Galapagos NV and Foster City, California-based Gilead Sciences halted the ISABELA Phase III clinical trial of ziritaxestat in idiopathic pulmonary fibrosis. This came after the Independent Data Monitoring Committee (IDMC) conducted a regular review of unblinded data and concluded that the benefit-risk profile didn’t support continuing. All trials with ziritaxestat, including a long-term extension of the Phase IIa NOVESA trial in systemic sclerosis, are being discontinued.

Ziritaxestat is an investigational autotaxin inhibitor. It was discovered by Galapagos and Gilead in-licensed rights outside of Europe in July 2019 while sharing the Phase III development expenses. When Dan O’Day took over Gilead in 2019, the deal was part of his efforts to diversify Gilead’s pipeline in what he dubbed a “transformative” agreement. Gilead coughed up almost $5 billion in upfront and equity investments, which as of now, appears to be a waste of money and time.

Jefferies analyst Peter Welford called the flop a “shock.” Welford once projected the drug with peak sales in IPF at $1.85 billion. He wrote in a note to clients, “We note that all clinical trials with ziritaxestat have been discontinued, including the long-term extension of the Phase IIa NOVESA trial in systemic sclerosis, suggesting a possible safety concern rather than lack of sufficient efficacy in lung fibrosis.”

Galapagos shares plummeted 14% at the news.

Walid Abi-Saab, chief medical officer of Galapagos, stated, “We are very disappointed not to be able to bring a novel medication to patients suffering from such a devastating disease with high unmet need. We would like to thank the patients and the medical professionals who participated in the ISABELA studies and contributed to the advancement of IPF research. We intend to learn from this data in our continued commitment to develop therapies in IPF and fibrosis.”

In mid-December, Gilead and Galapagos announced they had killed a program for Jyseleca (filgotinib) for rheumatoid arthritis. In August 2020, the U.S. Food and Drug Administration (FDA) issued a Complete Response Letter (CRL) for the companies’ New Drug Application over safety concerns. The FDA in the CRL questioned if filgotinib had an impact on sperm parameters in male patients, as well as the overall benefit/risk profile at the 200 mg dose.

The two companies held a Type A meeting with the FDA and while they indicated they believe the clinical profile of the 200 mg dose of Jyseleca for RA was still valid, they abandoned the program because that dose was unlikely to be approved in the U.S. without more substantial clinical trials.

Jyseleca is an oral selective JAK1 inhibitor that has been the cornerstone product for the two companies’ collaboration. They were hoping Jyseleca would be able to rival other JAK inhibitors for several indications, including Pfizer’s Xeljanz, Eli Lilly’s Olumiant and AbbVie’s Rinvoq.

Gilead and Galapagos also paused the development of filgotinib for other indications, including psoriatic arthritis, ankylosing spondylitis and non-infectious uveitis. They indicated plans to continue investigating the drug for Inflammatory Bowel Disease (IBD), and Gilead was keeping operational responsibility for trials in Crohn’s disease while Galapagos was assuming operational responsibility for trials in ulcerative colitis.

“In this new context,” O’Day said in December, “Gilead and Galapagos believe it makes sense for Galapagos to drive commercialization in Europe. We are confident that through our strategic alliance with Galapagos, we will deliver many important new therapies for inflammatory disease in the future.”

They are also continuing work on a second-line treatment for IPF, GLPG1205, despite only modest results and some concerning adverse events.

Brian Skorney, an analyst at Baird, thinks investors can hold out hopes for the two companies’ inflammatory disease program, GLPG3970. In a note, he wrote, “Gilead will be looking for a change in fate when Galapagos reads out data from at least five proof-of-concept studies testing GLPG3970, their lead asset in the TOLEDO program, in various inflammatory disease over the course of the next year.”