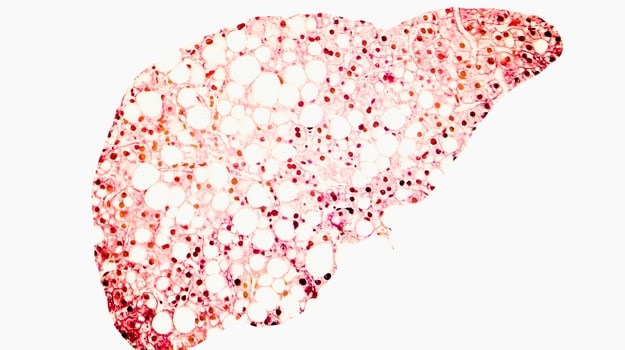 Following negative interim data from its experimental treatment for non-alcoholic steatohepatitis (NASH) and fibrosis, France’s GENFIT will discontinue the Phase III RESOLVE-IT study of elafibranor in this indication. The decision is part of a new corporate strategy for the French company.

In May, GENFIT disclosed interim data from the Phase III study and the outlook for elafibranor was not good. During the interim analysis, GENFIT said elafibranor failed to hit the predefined primary endpoint of NASH resolution without a worsening of fibrosis. Elafibranor failed to distinguish itself from placebo during the interim analysis. GENFIT said the response rate for elafibranor was 19.2% compared to 14.7% in the placebo cohort. For the fibrosis endpoint, the elafibranor cohort saw a 24% response compared to 22.4% from placebo. GENFIT also reported in May that another key secondary endpoint associated with metabolic parameters also failed to achieve statistical significance.

Why Elafibranor Study is being Discontinued

Following a detailed review of the full RESOLVE-IT interim efficacy dataset, GENFIT determined that the investment needed to continue the trial was not justified, as it was unlikely to provide results that would be sufficient to support potential regulatory approval of elafibranor in NASH in the United States and Europe.

With the failure, elafibranor joins a number of other experimental drugs that have been unable to crack through and achieve regulatory victory in NASH, a metabolic liver disease estimated to affect more than 16 million people in the U.S. alone. Last month, the FDA issued a Complete Response Letter to Intercept Pharmaceuticals for its NASH treatment, obeticholic acid.

GENFIT said the decision to terminate the Phase III study is the first step of a new corporate strategy that includes a renewed focus on developing elafibranor in primary biliary cholangitis (PBC), a chronic, autoimmune disease in which bile ducts in the liver are gradually destroyed. The company called PBC “an exciting opportunity” as the market is expected to reach $1.5 billion by 2035 and remains an area of high, unmet need. Elafibranor showed promising results in a Phase II clinical trial for PBC and was granted Breakthrough Therapy designation by the U.S. Food and Drug Administration for this indication. GENFIT’s clinical team is focused on the launch of a Phase III study.

Also, the company will focus on the commercial growth of NIS4, GENFIT’s non-invasive, blood-based diagnostic technology for NASH diagnostics as part of its new strategy. NASH remains a promising market, and although elafibranor will not become a treatment for the disease, GENFIT said better diagnostics are needed in the space and NIS4 can fit in well. GENFIT is currently pursuing commercialization of this technology, which aims to be a validated alternative to a liver biopsy.

“We believe the early termination of RESOLVE-IT is the appropriate decision from an ethical and clinical perspective, and this decision will contribute to accelerating cost savings and to focusing our efforts on our two top priorities: the PBC program and NIS4, the technology to support a non-invasive diagnostic program in NASH. We are currently evaluating potential strategic partnerships that could maximize these opportunities and we will present our latest developments and complete corporate strategy at the end of September,” Pascal Prigent, GENFIT’s chief executive officer said in a statement.