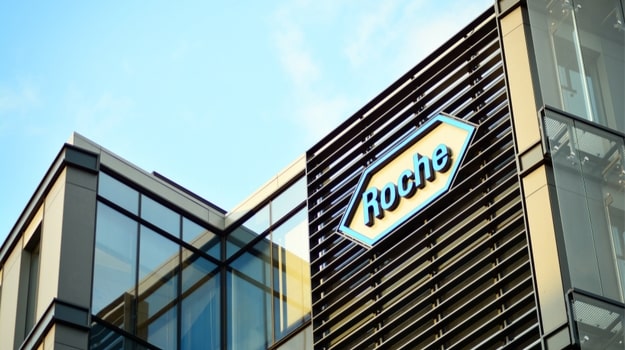 Interim data from Genentech (Roche)'s first randomized study of a candidate treatment for extensive-stage small-cell lung cancer (ES-SCLC) failed to meet its co-primary endpoint in an unfortunate loss in the battle against the hard-to-treat disease.

The Phase III SKYSCRAPER-02 trial evaluated the effectiveness of using its drug, tiragolumab, alongside Tecentriq (atezolizumab) - the current standard of care - and chemotherapy (carboplatin and etoposide) as a first-line treatment for people diagnosed with extensive-stage small-cell lung cancer.

The randomized, placebo-controlled, and double-blinded study observed 490 participants with the disease, identifying overall survival and progression-free survival as co-primary endpoints in patients whose cancer had not spread to the brain (primary analysis set). Key secondary endpoints were safety and OS and PFS in all participants.

The Genentech trial could not meet PFS expectations in interim data, which means it would not likely hit its goals in the final analysis. It’s not all bad news for the study's proponents as tiragolumab plus Tecentriq and chemotherapy were generally well-tolerated, and no new safety signals had surfaced. Small-cell lung cancer is the most aggressive type of lung cancer and has a poor survival rate.

Which Treatments are Available for Small-cell Lung Cancer

As of this writing, Tecentriq remains the only cancer immunotherapy that can demonstrate a survival benefit in extensive-stage small-cell lung cancer. It is also the only approved treatment option for adults for two decades. It is still unknown whether or not it is effective and safe for use in pediatric patients. A monoclonal antibody, Tecentriq is designed to bind with PD-L1 expressed in tumor cells and block its interactions with PD-1 and B7.1 receptors. By doing so, Tecentriq may enable T-cell reactivation. However, it may also affect normal cells.

Tiragolumab is an immune checkpoint inhibitor that selectively binds to TIGIT, an inhibitory immune checkpoint, suppressing the immune response to cancer. The drug has been observed to work as an immune amplifier and combining it with Tecentriq could help overcome immune suppression and restore immune response. Genentech said it will continue exploring potential therapies for this disease to help improve patient outcomes, particularly as the current standard of care also affects perfectly healthy cells.

“Today’s outcome is disappointing as we had hoped to continue building on the advances of Tecentriq in extensive-stage small-cell lung cancer, which remains difficult to treat. We look forward to seeing additional data from the upcoming Phase III trial in PD-L1-high non-small cell lung cancer based on the encouraging results from the CITYSCAPE study,” Levi Garraway, M.D., Ph.D., the chief medical officer and head of global product development at Genentech, said in a statement.

Tiragolumab received a Breakthrough Therapy Designation from the U.S. Food and Drug Administration in 2021 based on positive results from the Phase II CITYSCAPE study. Phase III SKYSCRAPER is ongoing to support the findings from CITYSCAPE. These are not the only trials that Genentech is conducting with regard to the drug. The others involve its potential to treat NSCLC, esophageal cancer and other types of tumors. More details about the SKYSCRAPER-02 trial will reportedly be shared at an upcoming medical meeting.