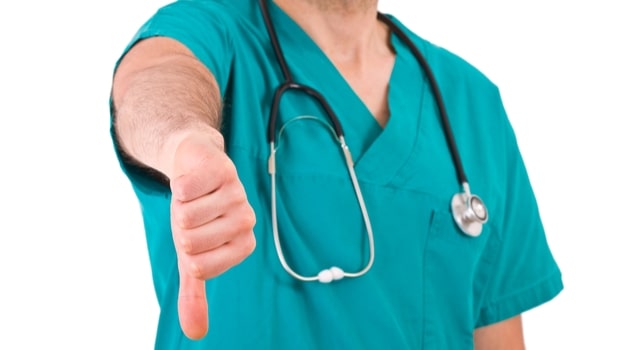 After disappointing results from studies assessing therapies for rheumatoid arthritis studies and idiopathic pulmonary fibrosis, Galapagos NV will refocus its clinical pipeline and make some cost adjustments expected to save the company €150 million.

In its first quarter report, Belgium-based Galapagos Chief Executive Officer Onno van de Stolpe said the company examined its ongoing clinical operations and will opt for a more risk-balanced pipeline. This means some programs have to be cut in order to support this new focus. That may mean job cuts, but Galapagos did not elaborate in its report. The company will retain its focus on novel targets that address unmet medical needs in inflammation, fibrosis and kidney diseases.

Galapagos outlined some of its immediate priorities, including a European launch of both Jyseleca (filgotinib), an oral selective JAK1 inhibitor, in Europe. Galapagos and Gilead Sciences have partnered on the development of Jyseleca as a treatment for rheumatoid arthritis.

In August 2020, the European Medicines Agency greenlit the drug as a second-line treatment for use within its borders. That same month, the U.S. Food and Drug administration rejected Jyseleca over safety concerns. In its CRL, the FDA raised concerns over whether filgotinib had an impact on sperm parameters in male patients. In December, the two companies pulled the plug on seeking FDA approval for Jyseleca in this indication and re-evaluated their 10-year development collaboration valued at $5 billion.

As part of its pipeline reassessment, Galapagos prioritized assets it believes have the most significant clinical success in its core therapeutic areas. The company will assess its lead SIK2/3 inhibitor ‘3970, part of its TOLEDO program, in five Proof of Concept studies in different indications. ‘3970 is being assessed in psoriasis, ulcerative colitis, rheumatoid arthritis, and other areas.

Depending on the outcome of those studies, Galapagos will roll out additional development plans in the second half of this year.

The TOLEDO program also yielded an additional SIK2/3 inhibitor dubbed '4876. The company said it plans to accelerate development from preclinical into clinical programs. The company did not provide details on an indication for this.

Galapagos will also advance its chitinase inhibitor dubbed ’4617 into a Phase II study in idiopathic pulmonary fibrosis. The company decided to stop the development of its other IPF molecule, ’1205. Galapagos also stopped work on its metabolic disease asset ‘4059. That space is not part of the company’s core therapeutic focus. In addition to terminating its study in metabolic diseases, the company is also halting research into osteoarthritis.

“In line with our review, we decided to discontinue or cancel certain studies and consequently identified opportunities to reduce operational costs, for a total potential savings of €150M on a full-year basis. We are working towards a right-sized, refocused version of Galapagos, setting us on a path towards success with our first commercial product, new R&D opportunities, substantial clinical news flow, and a lengthened cash runway for validation of our early pipeline assets,” Galapagos Chief Operating Officer Bart Filius said in a statement.

While Galapagos will retain its core focus, the company said its business development team will be tasked to identify and execute a transformative opportunity.

“We believe that our strong cash position, expert teams, and solid scientific foundation position us well for future growth,” van de Stolpe said in a statement.