From Legal Advisor to the C-Suite: Barbara Kosacz’s Journey to Kronos Bio 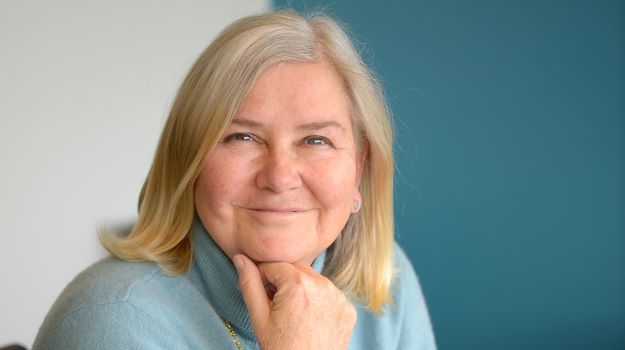 For decades, Barbara Kosacz has been drawn to the greater mission of the biotech and pharmaceutical industry to create treatments and tools that can improve the health of people across the globe. As an attorney with the Bay Area-based firm of Cooley LLP’s life sciences division, she garnered a significant understanding of that mission and sought to advance it as best she could through her role as a legal advisor to different companies.

During her tenure at Cooley, Kosacz received multiple awards recognizing her legal skills. Most recently, in 2018, she was named Biotechnology Lawyer of the Year by the group Best Lawyers and has been selected as a Super Lawyer for Northern California every year since 2011.

Her overall role became that of outside general counsel to multiple life sciences companies where she served in different capacities, including working with financing issues and within the board room itself.

“You quickly gain an understanding of the sciences and learn a great deal,” Kosacz told BioSpace as she noted how drug development has changed since she began her career with Cooley in 1991.

That scientific understanding led Kosacz to the next stage of her career, stepping into the C-Suite of a life sciences company. Almost two years ago, Kosacz took on the role of chief operating officer and general counsel at Kronos Bio. She continues to be part of that mission she was drawn to as an outside counsel, but now, she has a mission to help drive Kronos’ oncology assets from the lab to the bedside.

Prior to leaving Cooley for Kronos, Kosacz said she was beginning to feel somewhat restless. She had been helping companies manage technology and licensing deals that were becoming increasingly complicated due to the scale, as well as the speed in which they were progressing.

“That made for a tough time. It felt like we were living in dog years,” she said, referring to the significant amount of work being performed in a short time. During this time Kosacz began to wonder what her “next thing in life” would be.

Then, COVID-19 hit and the complications increased due to the unknowns of the virus and the fact that people were living with their computers attached to their bodies, she quipped. People wanted answers at all hours of the day and she said that was when she realized whatever change she wanted to make needed to be made quickly.

“I was just done. I’d reached saturation,” she said.

Through some of the contacts Kosacz had made while working as an advisor to the industry, she was approached about the leadership role at Kronos. After talking it over with colleagues to understand what her life would look like in this new role, she accepted the challenge.

“The skills and tools I gained throughout my career at Cooley were transferable to Kronos. I made the decision to take on the role. Leaving private practice and starting something new was a tough decision but coming to Kronos was easy,” she said.

Today, Kosacz is using those skills, as well as the skills she’s gained at Kronos over the past two years, to guide the company’s experimental oncology treatments toward regulatory approval. The company’s lead investigational asset is entospletinib, a selective inhibitor targeting spleen tyrosine kinase (SYK) in development for the frontline treatment of NPM1-mutated acute myeloid leukemia. Entospletinib, or ento, as the company calls it, began Phase III studies last year in acute AML and a readout is expected in the second half of 2023.

Acute myeloid leukemia is a cancer that comes in “a lot of different flavors” given the different mutations, she said. Kronos’ entospletinib could potentially be approved as an add-on treatment to chemotherapy as a first-line treatment option if the sequencing of the tumor shows the drug would be a good fit. Kosacz said they anticipate that approximately 30% of AML patients will benefit from the addition of entospletinib should it be approved.

“If we’re able to make one of our drugs successful, how gratifying would that be,” she said excitedly.

Although not a scientist by training, Kosacz explained that since she came on board the Kronos team, the chief executive officer and scientific leadership have provided a crash course in Kronos’ advancement of therapies that target the dysregulated transcription that causes cancer and other diseases.

“I feel like I have a great partnership with Norbert (Bischofberger, president and CEO of Kronos). He has really done so much to help me with the transition,” she said.

Within the first weeks of joining Kronos as COO in 2020, Kosacz hit the ground running by taking on responsibilities that included working with investors for a crossover financing round and helping take the company through its initial public offering.

In addition to her role at Kronos, Kosacz is a member of the board of directors of Athira Pharma, XOMA Corporation and the board of trustees of the Keck Graduate Institute. She also serves on the business advisory board of Locust Walk Partners. She previously served as a member of the BIO Emerging Companies’ Section Governing Board.