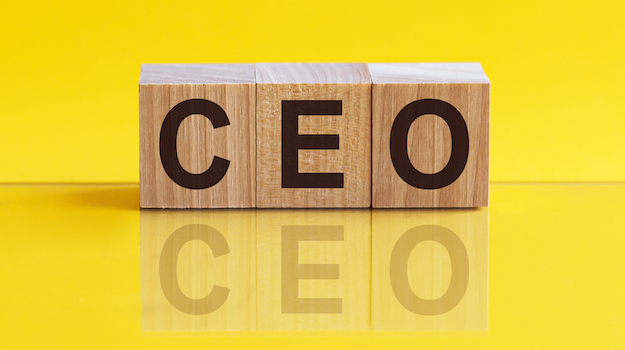 As 2022 continues to get underway, several biopharma companies have adjusted their leadership teams to include new chief executive officers who are expected to guide the companies and their programs into the future. BioSpace rounds up some of the recent CEO announcements.

Blueprint Medicines – Kate Haviland, chief operating officer of Blueprint, was tapped to succeed Jeff Albers as CEO of Cambridge, Mass.-based Blueprint Medicines. Haviland will assume her new role on April 4. When that happens, Albers will transition from his current role as chairman, president, and CEO of Blueprint, and Haviland will take over and assume a seat on the company board of directors.

Haviland joined Blueprint Medicines in January 2016 as the chief business officer and has served as COO since January 2019. During this time, she served as the founding chair of the portfolio management team, formed and executed business development strategy, drove global capital investment plans, and played a crucial role in capital market financings, the company said in its announcement. Before Blueprint Medicines, Haviland held leadership roles at Idera Pharmaceuticals, Sarepta Therapeutics, PTC Therapeutics, and Genzyme.

After eight years as CEO, Albers said it was the right time for him to transition out of the role and make way for new leadership. Albers said he had known Haviland for nearly 20 years and values the expertise and leadership she has displayed.

“Since joining the company six years ago, Kate has touched all aspects of our business and has been a steadfast partner in charting the company’s course through both successes and setbacks. She is adept at identifying and pursuing opportunities for growth and managing resource allocations across our broad portfolio, while also driving a high-performance culture anchored in transparency and a commitment to a diverse and inclusive workforce,” Albers said in a statement.

In addition to the appointment of Haviland as the next CEO, Blueprint said Christina Rossi has been promoted from chief commercial officer to COO. She will assume the new role when Haviland takes over as CEO.

Catalent – Alessandro Maselli, current president and COO of New Jersey-based Catalent, has been tapped as the company’s next CEO. He will assume the role on July 1, taking over for chairman and CEO John Chiminski. After July 1, Chiminski will assume the executive chairman of the Catalent Board of Directors.

Maselli has been with Catalent since 2010. During his time, Maselli has held key leadership roles, including site leadership positions at important manufacturing facilities in Italy and the United Kingdom and senior positions in global operations, corporate oversight, and strategy. He became president and COO in 2019. Before Catalent, Maselli held leadership roles at Alstom and SGS. From 1998 to 2006, he held positions of increasing responsibility from process engineer to operations director at ABB Group.

“Alessandro knows every aspect of Catalent’s business and has been instrumental in developing and executing our strategy, including ensuring that Catalent was prepared to manufacture over 1 billion COVID-19 vaccine doses that we successfully delivered in record time during 2021, meeting our commitments to our patients, our customers, and all our stakeholders. I am confident that Alessandro’s leadership will enable Catalent to continue its record of strong performance and growth,” Chiminksi said in a statement.

CytRx Corporation – Stephen Snowdy has been appointed the new CEO of Los Angeles-based CytRx. He assumes his role on January 10. Snowdy joins the company from Visioneering Technologies, Inc., where he held the role of CEO. He also previously held the CEO role at Abby Med LLC, a start-up oncology pharmaceutical company. He was also chairman and CEO of Calosyn Pharma.

“This is the beginning of a new day at CytRx, and I am happy to bring to CytRx my leadership philosophy which is built on the core values of integrity, communication, strong corporate governance and rigorous science. I believe my relationships in the capital markets and broader biopharmaceutical sector can help open new doors for the company,” Snowdy said in a statement.

Escient Pharmaceuticals – Joshua Grass is the new CEO of San Diego-based Escient, which focuses on developing new chemical antagonists targeting MrgprX4 and MrgprX2. He succeeds Alain Baron, who recently retired and will remain a strategic advisor to Escient through the first quarter of this year.

Before joining Escient, Grass served as CEO of Modis Therapeutics, a company he launched in 2017 while working as an entrepreneur in residence at F-Prime Capital. Before joining F-Prime, Grass was a BioMarin senior executive management team member. He started his career in biotech as a scientist at Cerus Corporation.

“I am very excited to be leading Escient during this next phase in its evolution,” Grass said in a statement. “The team has developed very elegant science in characterizing several Mrgprs as potentially important drug targets for large unmet needs. Now, with drug candidates against these targets, the company is poised to translate this science into important medicines for neuroinflammatory and immune activation diseases.”