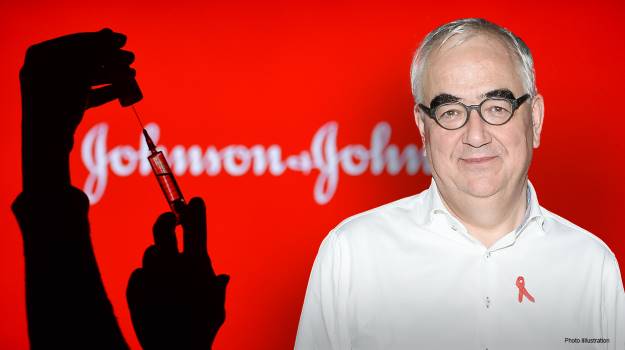 Stoffels officially takes over on April 1 this year after serving as vice chairman of the executive committee and chief scientific officer of Johnson & Johnson. In that role, he led the research and product pipeline, including the development of J&J's single-shot COVID-19 vaccine. Before that, he was the company's worldwide chairman of pharmaceuticals, which during his time was able to roll out 25 new medicines globally.

"Underpinned by strong financial resources and supported by the long-term collaboration with Gilead, I am convinced of Galapagos' unique potential, and I am very excited and honored to be appointed as CEO. I want to express my respect and appreciation to Onno, who successfully built Galapagos from a start-up to an independent, established publicly listed company. I am committed to staying true to the company's mission of bringing novel modes of action medicines to patients in need of new treatment options," Stoffels said in a statement.

Van de Stolpe founded and led Galapagos for 23 years before making the decision to retire and has grown the company into a fully integrated European biotech with a strong pipeline of candidates and one already in the market.

"I could not be more honored to hand over the baton to Paul. As a founder and board member in the early years, Paul has a keen understanding of our roots as well as who we are today. I strongly believe that his strategic and inspirational leadership make him the right next CEO to deliver tremendous value to all stakeholders, including investors, shareholders and patients," Van de Stolpe commented.

Galapagos discovers, develops and commercializes small molecule drugs with novel modes of action, focusing on inflammatory, fibrotic and kidney diseases. Its current pipeline includes JAK1/TYK2, TYK2, SIK3 and chitinase in Phase I trials, a SIK2/3 and CFTR in Phase II and one JAK1 product for inflammation (filgtonib) in review for approval.

In mid-January this year, the company announced that its product Jyseleca (figlotinib in 100mg and 200mg tablets) has been given a license in Great Britain to be used on adult patients diagnosed with moderate to severely active ulcerative colitis.

In the U.S., however, the drug had run into problems after the Food and Drug Administration rejected Jyseleca last year and issued a CRL over concerns about its effect on sperm parameters in male patients. That decision forced Galapagos and its submitting partner Gilead Sciences to concede and give up on U.S. approval efforts.