Departure of Founder and CEO Heightens Uncertainty for Galapagos 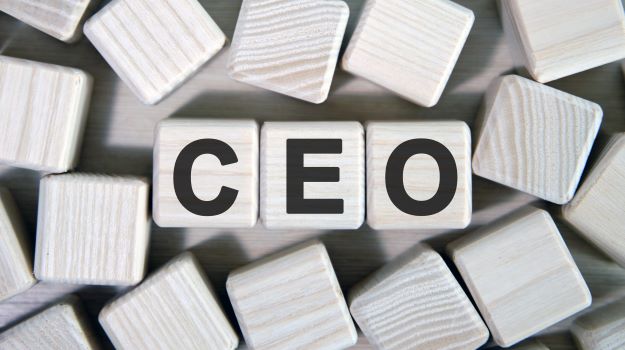 Galapagos co-founder and chief executive officer Onno van de Stolpe has been in this position with the Belgian biotech for 22 years and is ready to step down, paving the way for new leadership.

As CEO, Stolpe has presided over some highs with the launch of JAK1 inhibitor Jyseleca® (filgotinib) in Europe, as well as the devaluation of the company's share price by 70%. Stolpe is to stay in his role until a successor is found, the company announced in a statement.

Because the biotech has been on potential buyers' radar as a takeover target/merger candidate, the co-founder's departure leaves the future of the business uncertain.

Putting up a brave face, the CEO tweeted on his exit announcement, “Of course it would have been better if Galapagos was in a better situation. But I will leave a company with €5b in cash, guaranteed independence…”

But there is no way of knowing for how long. Galapagos has left many of its investors feeling disheartened after seeing great success throughout 2019 and the beginning of 2020. In 2019, Galapagos and Gilead Sciences signed a 10-year deal worth $5.1 billion, which gave Gilead full access to Galapagos’s product pipeline.

Under the terms of the agreement, Gilead gained access to a portfolio of innovative molecules, including six in clinical trials and more than 20 in preclinical development.

A partnership with a multinational pharmaceutical company was termed a sure sign of Galapagos' success since most biotechs tend to get immediate benefits from such relationships. However, there has been more than one disappointment in Gilead's buy-in and it appears that the deal is crumbling.

A string of disappointments has besieged the Belgian biotech. Despite its massive funding and new resources, Galapagos has yet to capitalize on the Gilead deal.

However, as part of a broader investigation into the safety of the drug class, the U.S. Food and Drug Administration rejected the drug due to potential testicular toxicity concerns. This resulted in the pair missing out on a multibillion-dollar opportunity, resulting in a stock price drop of 63% compared to last year.

The FDA rejection led Gilead to give back the European marketing rights to Galapagos and abandon its development plans for the drug in the US. As Gilead designated Galapagos as the sole commercialization company for the drug, Galapagos is about to launch Jyseleca in Europe and Japan for rheumatoid arthritis.

Galapagos is set to face an uphill battle in the commercialization of drugs and medicines, however, since it can be a very challenging process for small biotech companies.

The failures continued to pile up. Another molecule canned was AdamTS-5 inhibitor GLPG1972, which missed the mark in a phase 2 trial in osteoarthritis last year.

The original formulation of ziritaxestat was developed by Galapagos to inhibit autotaxin, an enzyme thought to be responsible for IPF progression. Ziritaxestat's ex-European rights were licensed to Gilead, which was sharing Phase III trial costs.

Ziritaxestat was developed for the treatment of idiopathic pulmonary fibrosis and was set to penetrate a market that could generate up to $1 billion in sales annually. The dream, however, came undone this February.

In May, Galapagos decided to refocus its clinical pipeline and make some cost adjustments expected to save the company €150 million.

The Belgian biotech, however, just kept suffering disappointment after disappointment. Lead asset, GLPG3970 turned out to be another failed candidate in the 'Toledo' project, which aims to treat a broad range of autoimmune conditions with a range of SIK drugs.

Following the failure of two out of three clinical trials of GLPG3970, Galapagos had no choice but to return to the drawing board last month with its SIK inhibitor program.

After a Phase I trial with GLPG3312, Galapagos abandoned another Salt-inducible Kinase (SIK) 1/2/3 inhibitor. Though the company still has another idiopathic pulmonary fibrosis drug in its pipeline, these developments allow other companies to break into the market before Galapagos.

Though Gilead and Galapagos intend to continue to broaden their pipelines to boost business, their blockbuster relationship has so far done nothing but disappoint.

The exit of the CEO marks yet another downturn.

"My time at the helm of Galapagos will come to an end. We have built a great company that bridges novel target discovery all the way to new medicines in the clinic and to the patient. Despite recent setbacks, we continue to progress a deep pipeline of novel target-based compounds, while the commercial roll-out of our first approved product is underway," Stolpe said in a statement.

Dr. Raj Parekh, chairman of the Galapagos supervisory board added in the statement that Stolpe has built one of the most important biotechnology companies in Europe, guiding it from a new start-up to a public company that recently launched its first approved medicine.

Incidentally, two weeks ago, Galapagos' chief scientific officer Piet Wigerinck announced that he would end his nine-year term at the company later this year.

The question now doing the rounds is: Will the new CEO help Galapagos optimize its position in the European and Japanese market, or will a European heavyweight decide to purchase Galapagos to maximize its exposure and sales of filgotinib in Europe?

Only time will tell.