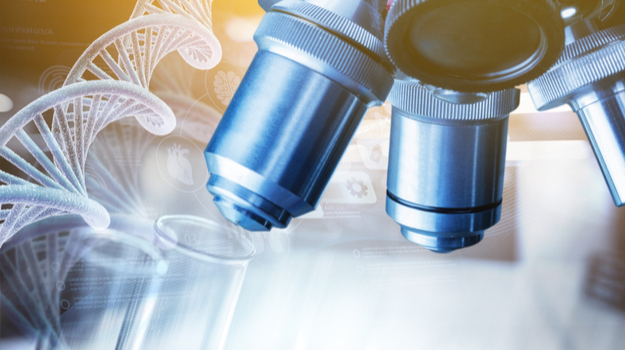 There’s been a lot of social media activity recently suggesting the value of intermittent fasting in losing weight. Now, researchers with the Okinawa Institute of Science and Technology (OIST) Graduate University of published research that suggest fasting might speed up human metabolism, create antioxidants, and help reverse some aspects of aging. With researchers at Kyoto University, they identified 30 previously unreported compounds that increase in the body during fasting. The research was published in the journal Scientific Reports.

“We have been researching aging and metabolism for many years and decided to search for unknown health effects in human fasting,” stated Takayuki Teruya, first author of the paper and a technician in the OIST G0 Cell Unit, which is led by Mitsuhiro Yanagida. “Contrary to the original expectation, it turned out that fasting-induced metabolic activation rather actively.”

The research group had already identified that at least three metabolites, leucine, isoleucine, and ophthalmic acid, declined with age. However, in people who fasted, those metabolites increased. They also identified a global increase in metabolites produced by the citric acid cycle, which is how organisms release stored energy. These increases suggested that during fasting, the metabolism sped up. It also enhanced the metabolism of purine and pyrimidine, chemicals key to gene expression and protein synthesis.

Researchers at the University of California-San Diego who were studying p53, a protein that is widely known for its cancer-fighting activities, found it also promotes cancer growth. They published their research in the journal Cancer Cell.

“The widely accepted idea is that p53 suppresses cancer, but in our study we would argue against that,” stated Yang Xu, professor in the Division of Biological Sciences’ Section of Molecular Biology at UCSC. “In some cancers, it would have the opposite effect by promoting cancer.”

It relates specifically to the PUMA protein (p53 upregulated modulator of apoptosis), which plays a key role in switching energy production activities and stimulating cancer growth. The team found that in some cases, WTp53 played a role in tumor promotion. This helps explain why p53 is mutated in more than 50 percent of human cancers but is not often mutated in other cancers, such as liver cancer.

Duchenne muscular dystrophy (DMD) is a muscle wasting disease that affects primarily boys due to mutations in the dystrophin gene, which codes for muscle. Although making advances in gene therapies, DMD is a tough nut to crack because the dystrophin gene is so large it can’t be squeezed into the typical viral vectors used in gene therapy. Approved therapies such as Sarepta’s Exondys 51 use “gene-skipping” technology, using shortened versions of the gene.

Researchers at the University of Washington Health Sciences/UW Medicine have developed an experimental gene therapy cassette for DMD that can improve on some gene therapy delivery systems. They published their research in the journal Molecular Therapy.

The new models carried unique combinations of four to six of the 24 spectrin-like repeats found in the full-length dystrophin protein but included some other difference in the hinge domains. A Boston biotech company, Solid Biosciences, is running a clinical trial of a gene transfer candidate SGT-001, in DMD that uses one of the components of their research.

“These results are encouraging for Duchenne muscular dystrophy patients,” stated Jeffrey S. Chamberlain, professor of neurology, medicine and biochemistry at the UW School of Medicine. “Our studies identified two designs that function better than our previous best construct.”

The Molecular Structure of Malaria Parasites

An international team of researchers led by a group at the University of California, Riverside, and the La Jolla Institute for Immunology, have deepened the understanding of the malaria parasite’s molecular structure. This discovery helps further understand the parasite’s virulence. They published their research in the journal Proceedings of the National Academy of Sciences.

“Our results underscore the idea that compounds targeting proteins involved in establishing and maintaining the genome structure can interfere with parasite development and immune evasion,” stated Karine Le Roch, a professor in the UC Riverside Department of Molecular, Cell and Systems Biology and co-lead researcher. “Novel intervention strategies targeting the genome structure could thus mark a breakthrough for both vaccine and drug development against malaria.”

CATCH can Detect Any Virus that Infects Humans

Researchers with the Broad Institute of MIT and Harvard developed a computational method called CATCH that creates molecular “baits” for viruses, including viruses that appear at low levels. The study was led by MIT graduate student Hayden Metsky and postdoctoral researcher Katie Siddle. It was published in the journal Nature Biotechnology.

“We wanted to rethink how we were actually designing the probes to do capture,” stated Metsky. “We realized that we could capture viruses, including their known diversity, with fewer probes than we’d used before. To make this an effective tool for surveillance, we then decided to try targeting about 20 viruses at a time, and we eventually scaled up to the 356 viral species known to infect humans.”

CATCH stands for Compact Aggregation of Targets for Comprehensive Hybridization. It allows users to design custom probe sets that can capture genetic material from any microbial species, including viruses. They tested it out on a subset of viral probes directed at Zika and chikungunya, both mosquito-borne viruses that are often difficult to detect because of low viral presence.

Gene ID’ed in Fruit Flies that Oversees Sleep when Sick

Human beings spent about a third of their time asleep. Yet not much is known about why. Now, researchers at the University of Pennsylvania School of Medicine found a single gene, nemuri, in fruit flies that increases the need for sleep. They published their findings in the journal Science.

“While it’s a common notion that sleep and healing are tightly related, our study directly links sleep to the immune system and provides a potential explanation for how sleep increases during sickness,” stated senior author Amita Seehgal, director of Penn’s Chronobiology Program.

The nemuri protein has inherent antimicrobial activity. It is produced by brain cells to drive prolonged, deep sleep after an infection. The researchers found that without the nemuri gene, fruit flies were more easily awakened during daily sleep and that an acute need for more sleep caused by inducing sleep deprivation or infection, was decreased. But sleep deprivation and infection stimulated nemuri expression in a set of fly neurons close to a sleep-promoting structure in their brain.