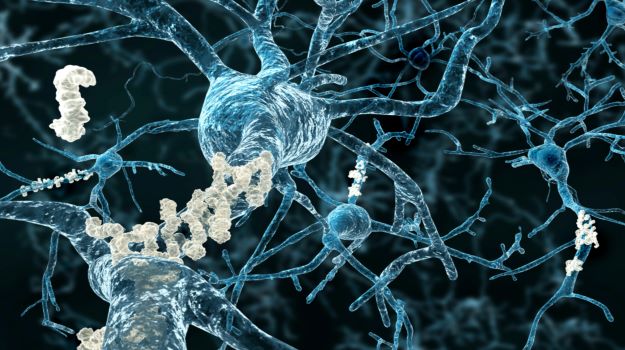 Acadia Pharmaceuticals announced that it has a new target date from the U.S. Food and Drug Administration of August 4, 2022, for its resubmitted supplemental New Drug Application (sNDA) for pimavanserin. The sNDA is for Alzheimer’s disease psychosis (ADP).

This target date is the latest development in a long series of setbacks that Acadia - and other pharma companies - have experienced getting Alzheimer’s treatments approved.

The San Diego-based company, which is focused on neuroscience treatments, has been working on pimavanserin, marketed as NUPLAZID®, for years. The drug received an FDA Breakthrough Therapy Designation in 2014 for the treatment of hallucinations and psychosis associated with Parkinson’s disease. In May 2016, pimavanserin received full FDA approval for the same indication.

Pimavanserin is a selective serotonin inverse agonist that specifically targets 5-HT2A receptors, which are receptors thought to influence psychosis. The drug also avoids interfering with dopamine and other receptors that are sometimes harmed by other antipsychotic drugs.

As the first and only medicine to be FDA-approved for Parkinson’s psychosis, pimavanserin was a breakthrough—so much so that Acadia decided to test it on other neuropsychotic disorders. In 2016, Acadia initiated a Phase III clinical trial to test pimavanserin on patients with schizophrenia. In July 2020, another Phase III study assessed the drug in patients with major depressive disorder. Neither study met its primary endpoint.

Despite those failures, Acadia has continued pushing pimavanserin as a possible treatment for psychosis related to dementia and Alzheimer’s disease. The FDA granted the drug a Breakthrough Therapy Designation in 2017 to treat dementia-related psychosis (DRP).

In 2019, Acadia announced the results of its pivotal Phase III HARMONY study, a double-blind, placebo-controlled study that tested pimavanserin on patients with DRP. For 12 weeks, patients received doses of pimavanserin and were monitored for relapses or progression of dementia. The study met its primary endpoint, which was time to relapse against a placebo, and the drug displayed statistical significance in delaying time to psychosis relapse.

Because of the positive results, the FDA accepted a supplemental new drug application for pimavanserin for DRP in July 2020. However, the regulator rejected the application in April 2021 and issued a Complete Response Letter (CRL). The FDA cited concerns about a lack of statistical significance in some of the dementia patient subgroups. While the drug worked well in patients who already had Parkinson’s, it had low efficacy in other subgroups.

Of the harsh rejection, Paul Matteis, an analyst with Stifel, wrote to investors, “Bottom line: our view is that Acadia will likely need to run one or even two more trials here, and while pimavanserin has always seemed to be a very safe drug, it’s efficacy is at the low end of the range for atypical antipsychotics, which makes any future trial (especially one that needs to demonstrate clear acute efficacy in a placebo-controlled manner) fairly risky, in our opinion.”

Acadia was not deterred. In November, the company announced in its Q3 report that it was meeting with FDA officials to discuss “additional analysis” for a resubmission.

Instead of doing a new study, Acadia resubmitted the sNDA in February 2022 using data from two other studies on pimavanserin, HARMONY and Study -019. On Wednesday, the FDA set the target date for its decision as August 4 and the FDA’s Division of Psychiatry said it would hold an Advisory Committee meeting to discuss the review.

The long battle over Alzheimer’s and dementia treatments is not unique to Acadia. Roche recently announced a Phase III clinical trial of its drug gantenerumab, a drug to treat Alzheimer’s it has been working on since 2010, despite multiple failed studies.

AlzeCure, a Swedish company that focuses on developing cures for central nervous system diseases including dementia and Alzheimer’s, has also been working on various drugs since 2013. Although it has some promising studies and successful analgesic drugs, it has yet to bring to market an effective drug for dementia.