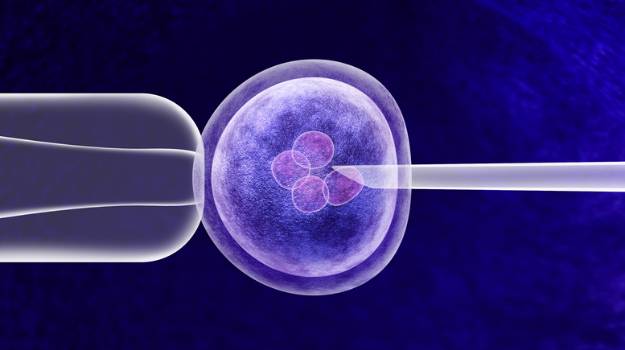 The field of gene therapy began to emerge in the late 1980s but didn’t really take off until the mid-2010s. Gene therapies have tremendous potential to alter the course of diseases like hemophilia, Duchenne muscular dystrophy (DMD), Huntington’s disease, Pompe disease, and any other disorder in which a gene malfunctions. Given this, the panelists seemed to be gun-shy about doing anything to slow their progress.

On Thursday, the 70th Meeting of the Cellular, Tissue, and Gene Therapies Advisory Committee (CTGTAC) focused on its primary concern, that AAVs, a popular gene therapy delivery vehicle, had the potential to cause toxic effects. AAVs, a harmless virus used to transport functional copies of genes into targeted cells, are used in authorized treatments such as Spark Therapeutics’ Luxturna, which in 2017 became the first gene therapy approved in the U.S. and Novartis’ spinal muscular atrophy (SMA) drug Zolgensma. These two therapies were a key focus point.

Fears were sparked late last year that AAVs may not be completely harmless after all when a patient dosed with an experimental gene therapy for hemophilia being developed by Amsterdam-based uniQure was diagnosed with Hepatocellular carcinoma (HCC), the most common form of primary liver cancer.

While the hold on uniQure’s therapy was lifted in April after the patient was found to have multiple other risk factors associated with the cancer, the fear took hold, particularly as it reverberated off of studies showing that integration of the vectors was associated with liver cancer in mice. These findings have not, however, been repeated in larger animals and humans.

Just yesterday, the FDA placed a clinical hold on the phase I/II study of BioMarin Pharmaceutical’s investigational AAV5-phenylalanine hydroxylase (PAH) gene therapy in adults with phenylketonuria (PKU) after seven mice treated at the highest dose developed liver tumors at 52 weeks. BioMarin has so far only given trial participants lower doses of the therapy.

Dr. Wilson Bryan, Director of the Office of Tissues and Advanced Therapies at the Center for Biologics Evaluation and Research (CBER), kicked off the meeting with a call to caution.

“Our enthusiasm for this field must be balanced by caution. The patients who enroll into these clinical trials are heroes and we owe them a great debt. We must honor their sacrifice by minimizing the risks for future study subjects in patients,” Bryan said.

The oncogenicity and neurotoxicity risks of AAVs and possible mitigation strategies were the primary focus on Thursday, where the panel spent a great deal of time trying to identify the correct animal models to use in preclinical gene therapy studies. In line with the uniQure case, experts also asked how patients should be screened and categorized based on their risk for developing liver injury prior to administration of the vectors.

“Ultrasound isn’t adequate. Liver enzymes aren’t adequate. It requires a little bit more than that in some patients, but not in all patients,” said Dr. Theo Heller, a liver specialist at the National Institute of Diabetes and Digestive and Kidney Diseases. While stating that he didn’t want to complicate the process to a prohibitive level, Heller advocated for a careful set of exclusion criteria and closer monitoring of patients.

The forum also featured industry stars such as Passage Bio Founder and gene therapy pioneer Dr. Jim Wilson, who is also a professor at the University of  Pennsylvania. Wilson presented on the spectrum of toxicities associated with systemic AAV and discussed different mechanisms that had the potential to lead to organ damage associated with higher doses.

Big Pharma was also represented in the form of Dr. Dan Levy, team lead for gene therapies at Pfizer Global Product Development. Levy gave a presentation on Pfizer’s gene therapy candidate for DMD, PF-06939926, in which he shared that three male patients between the ages of 5 and 14 experienced serious adverse events consistent with TMA. Levy noted that all three boys fully recovered. The therapy is currently being tested in phase III clinical trials.

Dose limits were also on the table, particularly as it pertains to the risk brought about by empty capsids. These “empty shells” arise as part of the capsid manufacturing process, and come into competition for gene delivery with full, functional capsids. In turn, this can necessitate increased dosing in order to reach the desired therapeutic effect, thus increasing the risk of immunotoxicity. On this, panelists pointed out that it is difficult to make recommendations without standards being clarified within the space, but shared that next-generation sequencing and proteomic methods could prove useful as a mitigation tool.

Throughout the two days, the experts discussed ways to finetune both preclinical and clinical research and proposed possible risk mitigation strategies but refrained from recommending any significant overhaul to study processes or a limit on capsid or vector dose.